Halloween Haunts: Nightmare On My Street by Edward P. Cardillo

Halloween is my Christmas, as my wife explains it to her friends. Every October I open up the garage, drudge out the life-sized witch, Headless Horseman, and Grim Reaper; ransack my man cave in the basement for skulls, bats, and animated creepy crawlies (which reside there year round); and carve exactly three pumpkins. My son gets in on the fun, and although it takes a half a day to set up my trademark graveyard, complete with lighting and eerie music effects, it is a labor of love.

My neighborhood is ideal for trick-or-treating. It’s low traffic, away from major thoroughfares, and is replete with families containing children of all ages. I even set up two different experiences—the young children get the lights and music, the teens get me jumping out of the bushes. Sometimes I pretend to be a scarecrow plopped down on the front stoop right by the candy bowl, still as could be, until the right moment…

We usually get a decent amount of traffic—thirty to fifty kids or so—and the festivities tend to end promptly at eight o’clock, just in time for me to go inside and watch Night of the Living Dead, Halloween, or The Lost Boys…that is, until about six years ago, when a local newspaper featured my neighborhood as a prime trick-or-treating spot. They even named my street, vaguely mentioning a particular house with a graveyard that was worth a look.

My wife and I thought the article was cool and laughed at what was likely a reference to our house, and we bought our usual few bags of candy as we prepared for the evening’s festivities. The toddlers began to filter in around six o’clock, and we doled out their treats as they shot nervous glances at some of my statues and figures on the lawn, half expecting them to come alive. Then, by seven o’clock the older children began to arrive and the real fun began.

The masses appeared larger than usual, but my wife felt comfortable leaving me to give out the candy while she took my son (then a toddler) trick-or-treating. My friend was there with 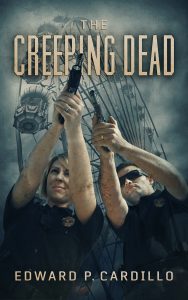 me to assist as his girlfriend and daughter joined my wife. Soon, we noticed we were running low on candy, but the kids just kept coming, wave after wave. The neighborhood was crawling with children and teens. A few neighbors arriving home from work crept through the congested streets in their cars, stunned by the unusual foot traffic.

I sent my friend out to buy more treats, and he returned just as I was handing out my last miniature Snickers. More and more children came. Cars parked down the block, and families from other neighborhoods and towns dashed out with great urgency, as if aware of my diminishing supply of candy. I was no longer hiding in bushes and jumping out. It was all I could do to keep up with the influx of eager trick-or-treaters.

I called my wife, asking her to return to help out. When she did, she was shocked by the sea of hungry children on our block, swarming our front lawn. She meandered through the hordes and quickly dumped my son’s freshly collected stash into our candy bowl. Children continued to pour into our block, pushing and shoving, skipping and hopping, making their way to my graveyard, hands reaching out and jaws snapping in anticipation. It was then that we realized…

We were under attack. 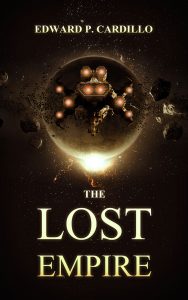 My wife went back out into the fray with my son to trick-or-treat some more, and my friend made another trip to the store. I announced to the children that we had run out of candy but my friend was returning with more. However, when he returned, he only produced a small bag, saying the local store was sold out. My wife returned, tossing the contents of her plastic jack o’lantern into our bowl, incredulous as they, too, were snatched up by eager hands.

It was nine o’clock, and we were just about out of candy…again. There was nothing left to do. My friend and I began to switch off the lights and effects, silencing the spooky music as my wife took my son indoors. I made a hasty announcement that my toddler son was going to bed, and I placed the large candy bowl (now containing only Smartees, Starbursts, and a few Dum Dums) on my stoop. My friend fled to his car and left, and I retreated into the house, turning off the front light, as confused children milled around in the dark and ravaged what was left of my candy bowl.

For another fifteen minutes the doorbell continued to ring, and my wife and I peered through the window shades in amazement. My darkened front lawn was a frenzy, and it seemed the onslaught would never end. When our visitors realized that the show was over, they began to wander off. The crowd on my front lawn dissipated, and the block emptied. As the last few cars pulled away and the block went quiet, we stepped away from the windows.

My son sound asleep upstairs, my wife and I plopped our weary carcasses onto the couch and caught Night of the Living Dead midway through. The zombies were swarming the house, and my wife and I traded amused looks. We had survived somewhere around two hundred trick-or-treaters, a record in these parts, and my graveyard remained intact. 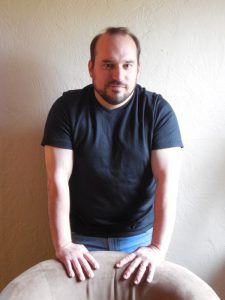 Edward P. Cardillo, an Active member of the Horror Writers Association, writes horror, science fiction, and dark fantasy. He is the recipient of three Readers’ Favorite International Book Awards as well as J. Ellington Ashton Writer of the Year 2013, and has two novels in the Facebook Zombie Book of the Month Club Hall of Fame. Find out all about him and his work at edwardcardillo.com. By day, he is a clinical psychologist working with children, teens, and adults with Down Syndrome and on the autism spectrum.

One comment on “Halloween Haunts: Nightmare On My Street by Edward P. Cardillo”