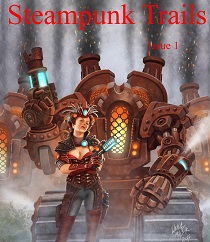 Halloween has always been one of my favorite holidays, the other favorite being Thanksgiving. I’ve always enjoyed dressing up and I’ve had some great costumes courtesy of my mom and her willingness to sew. I had a dog costume that was probably one of my favorites and I recall wearing it year after year until I outgrew it. Mom made me a horse rider costume that I also remember vividly. Basically my top was the rider and my legs were horse legs and I wore a horse body. Not really the most practical costume for school, but I wore it. One year I dressed up as Grand Admiral Thrawn from Star Wars, and another I wore my dad’s navy uniform. We even did clowns one year. I made that costume, mostly myself. Creepy… clowns…I’m shuddering. What was I thinking? Those and the last story I’ll share have been my most memorable costumes from my trick or treating years.

The last costume I remember well is when my friend Dede and I dressed up as the Men In Black, although everyone thought we were the Blues Brothers. We wore black suites, white shirts and black ties, and yes… sunglasses… We may even have had dress shoes on. I can’t remember. Trick or treating in the dark wearing sunglasses is a little challenging, in case you haven’t tried it. We actually got lost, and turned around in a neighborhood we’d lived in for at least ten years because we couldn’t really see where we were going. Yes, stubborn us, we tried to keep our sunglasses on in between houses. I remember that finally I had to hold the sunglasses up and peek under the rims, but still leave them on my face while we ran. We almost ran into trees, other people, ourselves, houses…Hey, it was dark. Amazingly there were no broken bones or lost candy and we had a great time.

These days I don’t go trick or treating, but I still dress up and sometimes go to parties. Work allows us to wear costumes, and last year I went as an old west outlaw, complete with a duster, though I left the cap guns at home. I’m still debating my costume for this year, but now I have a dog to dress up. She has a witch costume, but I’m also thinking of dressing her up as a biker and she has a marshal’s costume already. Maybe I can go as the outlaw and she can be the marshal.

I’m not sure what it is about Halloween that I love so much. As a child it was all about candy and costumes and running around at night with a bunch of other people in neat costumes, but these days it’s something more. It’s the crisp air, the smell, the food, and the crunch of leaves under your feet. It’s also the stories, real and imagined, scary and funny, the traditions and the lore behind the holiday.

Oh, and pumpkins…but that’s an entire blog post on its own. I can go on about how wonderful pumpkins are for hours. I think they have something to do with how much I love the holiday. What’s better than a carved pumpkin? Or pumpkin pie, or pumpkin fudge, or pumpkin muffins…or…you get the point.

TODAY’S GIVEAWAY: Julie is offering one free copy of Steampunk Trails # 1 and one e-book copy of Sabaska’s Tale. 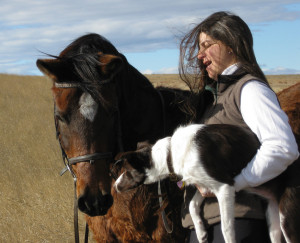 JULIE CAMPBELL has been many things over the years, from college student, to bookstore clerk and an over the road trucker, but through it all she’s been a writer and when she’s not out riding horses, she can usually be found sitting in front of her computer. She lives in Colorado with her three cats, her vampire-hunting dog Kira, her new horse and Traveler-in training, Triska, and her Irish Sailor. She is the author of many Vampire and Ghost-Hunting Dog stories, several young adult fantasy novels, and is the editor for Steampunk Trails, a new steampunk fiction magazine.

Read an Excerpt from Sabaska’s Tale by Juli Campbell:

Footsteps came down the hall toward her grandma’s bedroom. Anna’s hands shook. They would have heard her footsteps if the carpet hadn’t muffled them. She crept away from the door and slipped into the bathroom. A small window with frosted panes opened on the roof. Though she had thought it odd at the time, her grandma had shown her an escape route. “Anna, in case there is a fire and you can’t get out the door, you can go out through this window. Come on, follow me. It’s safe.”

She set the shotgun down across the sink and climbed on the toilet and slid the window open. The bright moon clearly lit her path. She climbed into the warm, dry air and reached back for her gun. Just to be sure, she shut the window behind her, and then noticed a curious thing. It locked from outside.

What had Grandma been involved with?

Anna latched the window and crouched, holding the shotgun to her chest. It was one thing to follow her grandma onto the roof in broad daylight, it was quite another to escape intruders in the middle of the night. The light from the moon didn’t seem so bright now. Shadows danced everywhere. She wished the shotgun had a sling. She considered staying hidden by the window. They wouldn’t get through the window without breaking it.

One of the horses screamed. Anna’s blood ran cold, but it broke her out of her crouch. Before she could think better of it, she crawled across the roof, being sure to stay in the shadows. The shingles scraped her knuckles where she clutched the gun. They weren’t doing her jeans or her knees any favors either.

“Damn it.” The harsh whisper echoed in the night.

Anna flattened herself against the roof, heart trying to climb out of her chest. The next muttered curse might have come from the barn. Yet she heard both so clearly, they could have been right beside her. It must have been a trick of the night air. Anna clenched her lips tight, smothering a whimper and started crawling again. At the trellis, she paused, trying to decide what to do next.

“Maybe the Traveler is gone, M’lord,” a man said underneath her.

“It won’t leave the girl.” The second man spoke. She knew that voice. Blue shirts and mean sports cars flashed through her brain.

“She’s here.” He sounded very confident. “Just be ready to track them if they get a chance to run.”

The men faded out of hearing range.

You have to get off this roof! She tried to get herself to move, knowing she wouldn’t get a better chance.

A quiet, encouraging nicker caught Anna’s attention and a dark shape in a clump of evergreens moved slightly. The faint outline of horse dissolved into the shadows.

With no time to figure it out, she carefully scooted to the edge of the roof and climbed down onto the reinforced trellis. It was awkward with one hand occupied by the shotgun but the shadows hid hid the trellis from view and the foot and handholds were predictable. The faint scent of crushed leaves tickled her nose and she fought a sneeze.

That would be just perfect; reaching the bottom without falling only to have a sneeze give her away. She made it, though she breathed hard and her limbs shook–only partially from exertion.

The dark shape moved again. If she could get to the horse maybe she could get away. Horses could go a lot of places trucks couldn’t. Maybe she could find a way to call the police. Of course she left her cell phone behind, but Sherrie’s neighbors were far enough away to be safe and would let her use their phone.

Anna checked for the intruders. Nothing moved so she darted across the open ground and into the bush. She hoped her sudden appearance didn’t startle the horse into making noise. The horse stayed silent, bumping her head against Anna’s arm in a reassuring manner. Sabaska, of course.

“M’lord,” one of the men called more loudly.

Sabaska snorted, tossed her head, and started moving, slowly at first, and then her muscles bunched.

The horse ignored her and she held on, stifling scream as the little horse burst from the trees into a dead gallop.

“Catch them before they Travel!”

She clung to Sabaska’s back as the horse galloped toward a fence. Needing both hands to stay astride, she tossed the shotgun to the ground and held on. Anna screamed as Sabaska leapt the fence. In the air, she came off Sabaska’s back, but the little horse landed underneath her and did a funny jig to keep Anna from falling.

The men shouted behind her, but as Sabaska ran, the air grew muffled and dense and the voices faded. Anna thought she might be passing out and clutched the horse tighter.

Sabaska slowed and trees scraped against her legs and arms.

Cold frosted her breath and she started to shake. No deciduous forest surrounded her Grandma’s property and though it could get cold in the summer in Colorado, there wasn’t usually snow on the ground. Overwhelmed, she stopped thinking and clung to Sabaska’s back while the little horse pushed through the trees. Anna hoped she knew where she was going. The numb, suffocating feeling came and went several times that night. Anna thought she saw the sun high in the sky a few times, but when Sabaska finally did stop, the sky had just begun to lighten. Incomprehensible trees surrounded them. She blinked at the red blur of leaves and smooth silver bark and then passed out. In her dreams, an unseen entity chased her until a distant voice woke her.

“Sabaska! What are you doing?”

Her horse snorted and though Anna wanted to sit up, exhaustion sent her back to sleep.

5 comments on “Halloween Haunts 2013: Sunglasses at Night by Julie Campbell”