For years now, I’ve been hoping for The Horror Revolution. A resurgence. A return to the good old days of the eighties (before I was born!) when horror was not only successful, but thriving. In some ways, on some days, I feel like we’re almost there. I read exceptional horror novels and short stories (many from HWA members) all the time. I feel that the industry is teetering on the brink of Big Change, and that one little push could bring about the boom that will pull us out of the bust.

On other days I feel seriously frustrated with the whole thing. One glance at the movie and TV industries shows us that audiences are hungry for horror, and I’m not at all convinced that the problem in the book industry is a lack of good content. I think it’s a lack of central genre—a failure to call horror horror. The problem is not with the stories but with the marketing of them.

I explained in my post for last year’s Halloween Haunts series why I have an issue with the scattering of the term “horror.” What it really boils down to is that many of the sub-genres of horror are being removed and taken under other labels. Instead of seeing books sold as “horror,” we’re seeing an increase in “psychological thrillers,” “dark fairy tales,” and “twisted dramas.” Novels that are actually rightfully horror are getting shelved instead under science fiction, fantasy, or general literature.

But it gets worse. I won’t get into a chicken or egg debate, but the scattered genre labeling has correlated with a scattered readership—a readership that no longer embraces the term “horror.”

I recently read a blog post by an author saying she doesn’t like horror – doesn’t read it – because she doesn’t like gore, but that she loves “dark fiction.” I wanted to pull my hair out, because the “dark fiction” she was describing absolutely is horror. Somewhere along the line, the subtler, less-bloody subgenres (like gothic, psychological horror, and things of that nature) have been annexed as “not horror” by those who love the genre but hate the stigma that comes with it.

If you talk to one of these readers, you’ll hear evasions. “I don’t read horror,” they’ll declare with pride or indignation. But they love ____ (Anne Rice, Emily Bronte, Bram Stoker, William Peter Blatty, etc.). That doesn’t count though. “That’s not really horror, because _____ (it’s so deep, there’s no gore, it’s a classic, it focuses on transcendence, etc.).”

Why It’s a Problem

One example of this is literary horror. Since horror has the problem of not being taken seriously as a genre that has literary merit (an admittedly subjective concept), it reinforces the disassociation with it for literary authors. So the best literary horror authors often don’t call their books horror at all, knowing it will knock down their estimation in the literary community, and the ones who do often don’t end up with the same esteem. As a result, the “literary” books of horror often get either overlooked, underappreciated, or taken out of their label completely—once again, hijacking some of our field’s best work under secondary labels.

By taking the very best horror works out of their genre—whether literary, commercial, or in between—it weakens the genre. And since genre is truly a marketing device aimed at finding a type of product’s most ideal customer, this is detrimental to all of the authors trying to work within the horror genre.

But writers are guilty of this too, not just readers. Or maybe I should say marketers are (which now days often includes writers). They don’t want to label a book horror because they know it will scare off many readers, so instead they dub it a “dark whatever.” (Action-intense horror = dark thriller, supernatural horror = dark fantasy, gothic horror = dark romance, etc.) This is great for the marketing of that one book, but horrible for our genre as a whole because it furthers the false divide and continues to fracture our strength as a community.

Ways to Help Fix It

Education. This is where HWA members come in, because what we need is a grassroots effort to educate the reading public on what horror actually is. Slasher stories and torture porn are horror, yes, but so are psychological thrillers, supernatural monsters, many a vivid murder mystery tale, ghost stories, gothic novels, dark literary fiction, creepy poetry, and so much more. Horror is defined as any piece of work that intends to frighten, unsettle, or disturb its readers. If fear is the core of a piece of work, that work is horror. Some of the best literature ever created falls under the genre of horror, and we need to remember that and take pride.

I’ve heard it argued that horror isn’t a good enough label, because some people really don’t want to read _____ type of story (usually gory). To that I say: that’s what subgenres are for! Don’t like splatterpunk? Look for gothic, paranormal, or noir. Don’t care for the slow build of psychological horror? Browse for apocalyptic, creature horror, or weird tales. Not having the taste for a particular flavor of horror is not a good enough reason to denounce the entire genre.

So what can we in the community do? Well, we can talk about it, for starters. As readers, we can seek out and promote quality horror books without shame. As writers, we can encourage our agents, editors, and publicists to market our books as horror. And as fans, we can recommend our favorite books as horror without evasive phrasing. As a general public, we can stop allowing the discomfort of someone’s stigma to deny a book its proper genre. 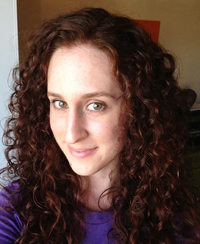 In short, we can reclaim those wonderful works that continually get “re-shelved.” The achingly intelligent stuff that uses fear to explore the incredibly important and all too often avoided dark side of humankind. The zombies that speak to the much deeper fear of losing our humanity. The ghost stories that illuminate our grief, our loss, our exploration of what lies beyond death. The gleefully macabre tales that make us shiver, squeal, or smile. And yes, the gory ones too—the work that reminds us we can still be shocked, that physicality, too, can be frightening, that bodies and indeed life itself are temporary things.

We can embrace works of all walks that fit into our parent genre. We can talk about what makes them great. We can produce and buy the finest horror possible, and spread the word.  If we embrace the best of our genre and continue to do great work, I don’t see how we can go wrong. Let’s bring on The Horror Revolution, already. Let’s start today. It’s about time.

What can you do to help reclaim horror?

TODAY’S GIVEAWAY: HWA member Tonya Hurley is offering a set of her Ghostgirl books with a tote bag and a tee shirt.

ANNIE NEUGEBAUER (@AnnieNeugebauer) is a novelist, short story author, and award-winning poet represented by Michelle Johnson of Inklings Literary Agency. She has work appearing in over thirty venues, including Buzzy Mag, The Spirit of Poe, and the British Fantasy Society journal Dark Horizons. She’s president of the North Branch Writers’ Critique Group and a member of the Horror Writers Association. She also blogs for Writer Unboxed. You can visit her at www.AnnieNeugebauer.com.