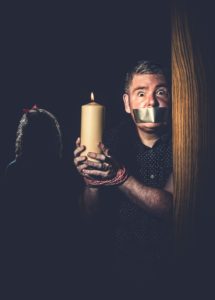 One of the big questions often asked by writers wanting to dip their toes in the waters of YA horror fiction is, “How far can I go?” We know this because members frequently ask this question on various HWA forums. It was certainly one of the queries that rattled around my head when thinking about my own projects back in the 80’s. I wished back then I could access the insights and experiences of established, successful YA writers and explore their views on the market, and what should or shouldn’t feature in a YA horror book. These days, the internet makes magical things happen, now we can ask those writers, especially when we have already surveyed members as to why they shy away from writing YA fiction. They tell us they need more information to make an informed decision.

With this in mind, we are fortunate that bestselling YA writer Darren Shan has kindly agreed to share his views on the YA market, shedding light on the grey areas so often confounding writers keen to write for this market. Hopefully Darren’s insights will be a starting point in a raft of measures to improve resources for budding members wishing to write YA Horror. I hope you enjoy it, and a huge “thank you” to Darren for agreeing to take part.

If you are an established YA horror writer and wish to participate in an interview, then please contact me via the HWA.

Most people will know the name Darren Shan, but for those who have been hiding under the covers for far too long, can you tell us a little about yourself? 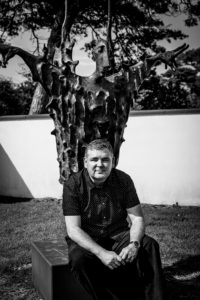 I published my first novel for adults, Procession of the Dead (originally titled Ayuamarca) in February 1999, and my first YA novel, Cirque Du Freak in January 2000. Using a few different names (always Darren Shan for my YA work, a mix of Darren O’Shaughnessy, D B Shan, Darren Shan and, most recently, Darren Dash for my books for adults) I have released fifty books since then, my most recent being Midsummer’s Bottom, one of my Darren Dash books for older readers, which came out in June 2018. I’ve sold about twenty-five million copies worldwide, hitting bestseller lists in markets as far apart and disparate as the USA, UK and Ireland, Hungary, Dubai, Japan and Taiwan.

What attracted you to writing horror fiction?

I’ve always loved horror. I read and write all sorts of books, but horror was my first love as a child, and remains the genre I turn to most for inspiration and excitement. I started off with scary movies (my parents let me watch pretty much anything), found Stephen King at far too young an age (it was the 1980s—we did things differently back then) and never looked back. I like to mix up genres and experiment, but the vast majority of my books feature a dark connecting narrative backbone.

Was writing for YA audience a conscious decision? If so, what motivated you to take this route?

I started out writing for adults, but had always fancied having a stab at a book for younger readers. I always tell wannabe authors to write the sorts of books that they enjoy reading, and I never fell out of love with children’s books. While most of the books I read through my teens and twenties were written for adults, I loved a good kid’s or YA book too, writers like Robert Cormier or Robert Westall, Road Dahl of course, and many more. I studied Sociology and English at university, and spent a year focusing on children’s literature as part of my English degree.

I hadn’t planned to write as strongly for a younger audience as I’ve ended up doing—when I wrote Cirque Du Freak, it was as a side line, a bit of fun for myself—but found that I loved the whole YA world when I came to write these books, and luckily I turned out to be pretty good at it, so…

How would you differentiate YA horror in comparison to middle grade or adult horror?

There’s actually not that much difference in what you can get away with. Publishers were very dubious when I brought Cirque Du Freak to them—pretty much every publisher in the UK turned it down—as it was seen as being far too dark to succeed as a children’s book. HarperCollins finally took a chance on it, though they were nervous and ready for a backlash. When it came out and we weren’t chased through the streets by angry mobs, they realized they’d overestimated the threat, and allowed me more leeway to experiment and take my work darker. You can see my YA career in a certain way as one long testing of boundaries, and to everyone’s surprise those boundaries were far less binding than anticipated—my books have stirred up almost no controversy at all over the years.

Indeed, the only real moment of worry came early on, when WHSmith initially refused to stock Cirque Du Freak—but they redeemed themselves the next year by nominating it for their Book of the Year award! I guess there are only two real differences in my adult and YA work. The first is an obvious one—I don’t write explicitly about sex in my YA books, or feature a lot of bad language. (It seems crazy to me that we live in a world where sex in a book is considered more dangerous for a child or teen than gore or violence, but yeah, it’s the thing that most incites parents, teachers and the media.)

The second difference is that, as dark and bleak as my YA books can get, I try to keep the lines between good and evil pretty clear, and inject as much optimism into proceedings as I can. Good does ultimately triumph over evil in my YA work, although not always in a straightforward or simplistic fashion. I like to believe that fiction can shape fact, that we can teach our children to be better and nobler than we are, that we can gently nudge them towards building a better, more tolerant world. I like my books to reflect those beliefs, so that my younger readers grow up believing they can overcome any obstacle, not just the more fantastical threats such as demons and zombies, but also the real monsters that they will face in real life—terrorists, abusive parents, religious zealots, fear-mongers and crooked politicians.

If writers are considering writing YA fiction and needed a reference point, who would you recommend as prime examples of the genre?

It’s a good time for YA books, so just wander down to your local library or bookshop, browse the shelves, ask the staff for help and advice, and see where your journey takes you. But if you want to go armed with a few recommendations, I’d suggest the likes of Philip Pullman, Eoin Colfer, Phil Earle, Robert Cormier, Robert Westall, Patrick Ness.

What are your thoughts on the current YA horror markets?

I’m not as up to date on current trends as I should be, but it seemed to be doing pretty well the last time I checked, with the likes of Jonathan Maberry and Charlie Higson taking up the flag and flying it righteously and effectively.

What are your thoughts on violence in children’s fiction?

I think it’s fine as long as it’s there for a reason, not just used gratuitously. Indeed, that should be the case in books for adults as well. I firmly believe that writers should be free to push as far as they wish with their imaginations, but there should always be a good reason to include something troubling or especially visceral; it shouldn’t just be there to provoke a simple reaction. Bad things happen in my YA books (and I mean really bad things—readers who haven’t tried out much YA fiction might be seriously surprised by just how much I put my young protagonists through) but I never throw them in lightly, and I like to explore what those moments do to a person’s life, the effects they have, the ways they can change us.

Are there any taboos in YA fiction? Have there been points where you have thought to breech them?

As I said already, sex is probably the strongest taboo. Other YA writers have broken it and written books which test the waters of acceptability (e.g. Melvin Burgess, who writes fabulous YA books which feature almost as much sex and bad language as American Psycho), but since it’s never been central to my plot lines, it’s a battle I haven’t bothered to fight. No writer should feel the need to push the envelope in every angle possible.

So what is next for Darren Shan?

Well, oddly enough, I’m moving away from horror to a certain extent at the moment. My most recent book as Darren Dash, Midsummer’s Bottom, was a Shakespearean-inspired fantastical comedy, and my next Darren Shan series will be more fantasy than horror, something akin to a Neil Gaiman sort of style. But don’t worry, I’m sure it’s only a temporary blip and normal grisly service will be resumed sooner rather than later!

Thank you for taking time in the daylight to speak to the Horror Writers Association members! 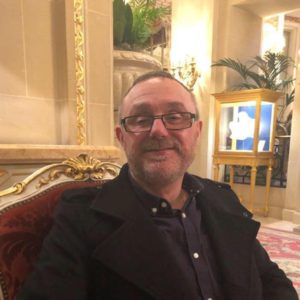 Jeffery is a member of the Society of Authors, British Fantasy Society (where he is a regular book reviewer), and the Horror Writers Association. He is also a registered mental health professional with a BSc (Hons) in Mental Health Studies and a Master of Science Degree in Health Studies.

Jeffery is married with two children and lives in Worcestershire, UK.