Ambiguously Ever After: Ending the Children’s Horror Story 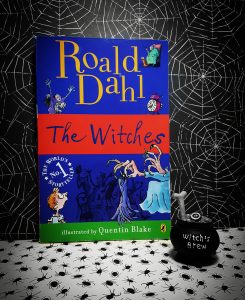 There’s much handwringing in publishing for children about what is “right” or “appropriate.” There are many controversial subjects and editorial choices, but today we’re talking about endings. Do endings in books for children need to be happy? Or should writers of children’s books portray a realistic version of the world where things don’t always end well?

Critics and authors have come down on both sides of the issue. When the 2014 Carnegie Award was given to The Bunker Diary, it set off a flurry of controversy in the UK and prompted an opinion piece for The Guardian in which two authors answer the question “Should children’s books have a happy ending?” Author and critic Amanda Craig favors giving children happy endings while we can: “…children’s fiction is, and should remain, a world apart. There’s plenty of time for adults to discover that, alas, terrible things happen to good people who have done nothing to deserve it.” On the other hand author Robert Muchamore argues that “while a childish thirst for happy endings satisfies and entertains us, the real world is so complex that unambiguously happy endings hardly exist…Without the freedom to deliver a sad ending, many stories would lose the emotional power that makes them great.”

These authors see two ways to end a book, with idealism or with realism. However, to me, the best and most memorable endings for children’s books are the ones that are able to capture the uncertainty of the future—realism—while also providing some redemption for the main character—idealism. These ambiguous endings leave the reader wondering why bad (or at least not entirely good) things happen to the characters we like and what could come next for those characters. Unlike “happily ever after,” they are an ending that could also be a beginning. They are a chance for further engagement, questioning, and imagination.

Two children’s horror novels stand out as prime examples of the kind of ambiguous endings I consider to be so effective.

It may be a bit hyperbolic but The Witches by Roald Dahl might be the most well-crafted ending of any book ever. If you want an example of how to write a conclusion full of uncertainty, hope, danger, and love, let The Witches be your guide.

In the climax of the story, the unnamed hero—a young boy who was turned into a mouse by the Grand High Witch—turns all the witches in England into mice and they are killed. With his tormentors dead, he should turn back into a boy, right? No. There is no antidote for the mouse potion, so a mouse he remains, to live out his days with his grandmother. She is very accepting of his condition and outfits her house with small ladders and gadgets to make his life easier. Her home becomes a whimsical landscape of harmony and practicality. It all seems as ideal a situation as one could hope for given the circumstances.

However, the boy/mouse eventually considers his own mortality. He asks his grandmother “How long does a mouse live?” She gives him an honest answer—about 3 years— followed by some reassurance that he isn’t a typical mouse so he will perhaps live longer than that. They both also acknowledge that the grandmother is an old woman and may die soon as well, which is actually just fine because then they can die together: “…by then I’ll be a very old mouse and you’ll be a very old grandmother and soon after that we’ll both die together” (189 The Witches). It’s a bittersweet passage, showing the depth of the boy’s love for his grandmother while also fully acknowledging the reality that they are both going to die and probably rather soon, definitely much sooner than he would have as a human.

The boy/mouse and grandmother go on to make plans to use the scant time before their deaths to eradicate the world of witches, going on great adventures around the world and using the boy’s mouse qualities as a strength in hunting witches. They refuse to simply relax and die and their plans hint at more stories to come, not in a sequel kind of way but rather in a way that leaves the child reader imagining all the countries they might visit. It also acknowledges that witches still exist in the world; the horrible threat they fought throughout the book remains, even if the specific witches they defeated are dead.

The ending of this book was a revelation to me as a child. I loved the rest of the book as well, but the utter shock of the boy having to remain a mouse was a rare thrill. I wished he could turn back into a boy, but the reality was that he couldn’t. That was something I could accept without the worry or psychological scars that happy-ending advocates seem to fear.

THE CAVENDISH HOME FOR BOYS AND GIRLS

In The Cavendish Home for Boys and Girls, Claire LeGrand achieves a balanced ambiguous ending by giving a happy ending to the protagonist, Victoria, while implying that other children may yet be victimized by the evil Mrs. Cavendish. It rates lower in hopefulness than the ending of The Witches but much higher on creepiness.

After being subjected to the horrors of the Cavendish home, Victoria defeats Mrs. Cavendish and returns to her family. Several years later, Victoria is on a train away from home to go to school. It seems like a happy ending. However back on her street and just out of her sight, two people, described much like Mrs. Cavendish and her henchman, are meeting with a real estate agent about buying a property to open a children’s home. “We’ll take it” ends the book (343 The Cavendish Home for Boys and Girls). You can imagine the entire story starting over again with the home reopened and holding a new group of children hostage. It’s almost as though Victoria hadn’t defeated Mrs. Cavendish at all but only damaged her enough to make her lay in wait until Victoria had left town. What new horrors will Mrs. Cavendish unleash on the town’s children?

The returned or lurking villain isn’t an unusual trope in adult horror books and movies, but it is less common in children’s books. To rob a child character of her triumph over evil by letting it return unchecked undermines the child’s position as victor and hero, a sobering reality check that even the things that seem defeated can come back. It’s an ending that is made for horror, extending the feelings of fear and doubt beyond the end of the book and into some unknown terror ahead. However the reader who rooted for Victoria can at least be assured that Victoria is headed away from danger and on toward adulthood, an uncertain venture in itself.

Don’t be tempted to tie up your next book’s ending in a nice little bow just because that is what children’s books are supposed to do. Instead just tie it in an imperfect knot that might be undone and leave the threads hanging just a bit for your young readers to pull on.