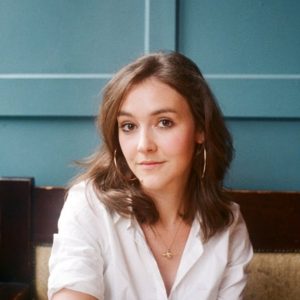 Julia Armfield is the author of the story collection salt slow and the novel Our Wives Under the Sea. Her work has been published in Granta, Lighthouse, Analog Magazine, Neon Magazine, and Best British Short Stories. She is the winner of the White Review Short Story Prize and a Pushcart Prize, and she was shortlisted for the Sunday Times Young Writer of the Year Award in 2019. She lives and works in London.

Recommended Reading: Our Wives Under the Sea 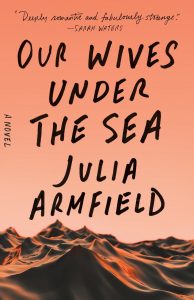 The deep sea is a haunted house: a place in which things that ought not to exist move about in the darkness. Unstill is the word Leah uses, tilting her head to the side as if in answer to some sound, though the evening is quiet—dry hum of the road outside the window and little to draw the ear besides. “The ocean is unstill,” she says, “farther down than you think. All the way to the bottom, things move.” She seldom talks this much or this fluently, legs crossed and gaze toward the window, the familiar slant of her expression, all her features slipping gently to the left. I’m aware, by now, that this kind of talk isn’t really meant for me, but is simply a conversation she can’t help having, the result of questions asked in some closed-off part of her head. “What you have to understand,” she says, “is that things can thrive in unimaginable conditions. All they need is the right sort of skin.” 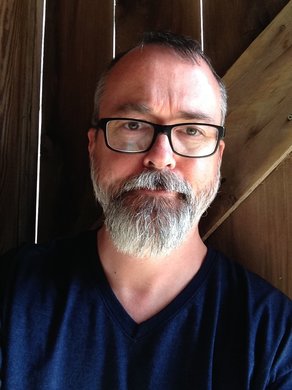 Michael Thomas Ford is the author of numerous books, including Love and Other Curses, Lily, Suicide Notes, Jane Bites Back, What We Remember, and his new book out from Scholastic, The Lonely Ghost. Under the name Isobel Bird, he wrote the 15-book Circle of Three series. He has been a finalist for the Shirley Jackson and Bram Stoker Award®, and has won five Lambda Literary Awards.

His short story, “Where the Lovelight Gleams,” is featured in Other Terrors: An Inclusive Anthology and is excerpted below. 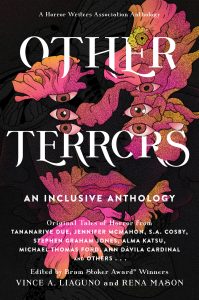 Mike lives in rural Ohio with his partner and two rescue dogs. Things he likes include Tarot cards, scuba diving, coffee, making a mess in the kitchen, Eurovision, creepy clown films, Christmas ornaments, ’80s pop music, DOCTOR WHO, and tattoos. He does not like to shave.

I met Mike when we both served on the Shirley Jackson Award jury. He has for several years now served as a juror for the Bram Stoker Awards in YA. His deep sense of empathy for his characters and his wicked sense of humor are evident throughout his work.

Recommended Reading: “Where the Lovelight Gleams” from Other Terrors: An Inclusive Anthology

Drawn across the lawn by the twinkling lights, Andy walked closer to the house. He stood to one side of the window, peering in. Inches from his face hung the angel ornament he had made for his mother in Sunday school at Calvary Baptist Church when he was seven. Cotton balls glued to popsicle sticks. Tissue paper wings and a pipe cleaner halo. Glitter everywhere he could put it. It was always given a place of honor. He was surprised to see it there, assuming his mother would have removed all traces of him after their abrupt separation.

He turned his attention to the people in the room. He saw his grandfather first. Now in his 80s, he was a thinner version of the man Andy remembered, stoop-backed and balding. He stood beside Andy’s father, who instead of shrinking had expanded in size, his belly extending over his belt in a way that Andy had recently started to see himself when he looked in the mirror. Both were positioned near the stairs leading to the second floor, talking to a teenage boy who eerily resembled Andy at the same age. The boy said something, and the older men laughed.

“Wondered if we’d ever meet face to face,” he said in Andy’s voice. “Kinda surprised it took this long. Guess you really meant it when you told them they weren’t your family anymore.”

“I believe that’s what my father said to me,” Andy said.

Andy felt rage course through him. “Who are you? What are you?”

A.J. sighed. “The obvious answer is that I’m you. Well, I’m the you your family wanted.”

“Your parents made a wish,” he said. “More or less. Maybe I should call it a prayer. They wished you’d never turned out the way you did. They prayed for a different you. One who fit into their lives better. I just heard them and granted it.”

“So, you’re what, some kind of genie?” Andy laughed at the ridiculousness of the idea.

“Let’s just say I’m someone who likes to be worshipped.” 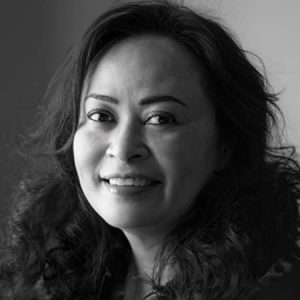 Rena Mason is an American dark speculative fiction author of Thai-Chinese descent, and the Bram Stoker Award-winning author of The Evolutionist and The Devil’s Throat, as well as a 2014 Stage 32 / The Blood List Search for New Blood Quarter-Finalist.

An avid scuba diver, she has traveled the world and enjoys incorporating the experiences into her stories. She currently resides on a lakefront in the Great Lakes State of Michigan. 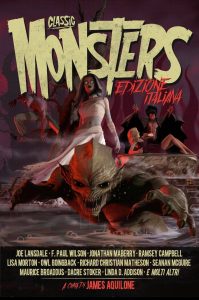 The old man steps back and trips, falling onto his rear.

“What is happening?” Ping shouts.

Before Mei speaks again, white light blinds her and then clouds her vision. Is this fury?

“Yes,” they say. Then, “No. We won’t lie to you.” The voices rush through her body, racing just under her skin.

Like the young woman, Mei wants to scream but doesn’t have control of herself.

Stop it, Mei shouts in her head. But when she opens her mouth something else comes out. Not a word but a smooth, wide ribbon of ivory silk.

The young woman wails again, but her voice breaks when the ribbon winds itself around her neck and face.