The Horror Writers Association (HWA) offers a variety of scholarships and grants to assist writers looking to pursue a career as a writer of horror fiction, nonfiction, or poetry. We also have an endowment program for libraries looking to expand their young adult reading programs.

This year, the HWA has awarded 13 scholarships/grants/endowments, with a total value of $15,650 (USD).

The HWA is pleased to announce the recipients of each award. 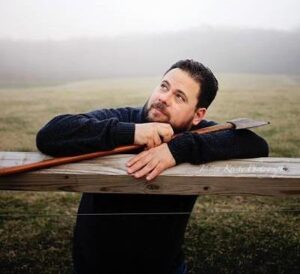 Whether it’s a covert-ops team of vampire assassins or a greedy dragon who lives under Detroit’s MGM Grand Casino, most of Rob Cornell’s stories feature some element of the dark and fantastic. He has self-published over a dozen novels, including two dark fantasy sagas—The Lockman Chronicles and the Unturned series. He has also dabbled in the mystery and crime genres, including a three-book series featuring private eye and karaoke bar owner, Ridley Brone. In his most recently completed novel, A Shadow Full of Stars, a “life transplant” offered by an unsettling stranger sends a suicidal musician to an isolated and oppressive utopia designed to keep its residents happy at all costs. Rob hopes to publish this one sometime in 2023.

A native of the Detroit area, Rob spent a handful of years living in both Los Angeles and Chicago before returning to Michigan where he now lives with his wife, kids, three dogs, four cats, and (grudgingly) a bunch of evil chickens. You can find out more about his writing at robcornellbooks.com. 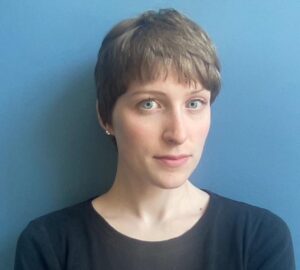 Mary Berman is a Philadelphia, PA, USA-based writer of science fiction, fantasy, and horror. She earned her MFA in creative writing from the University of Mississippi, and she also holds a BA in Writing Seminars from Johns Hopkins University. Her stories can be found in PseudoPod, Fireside, Weird Horror, Shoreline of Infinity, and elsewhere.

She is a member of the Pitch Wars class of 2021 and the Viable Paradise class of 2022, as well as an active member of SFWA and HWA. 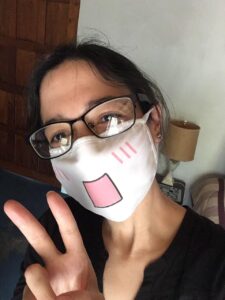 Tania Chen is a Chinese-Mexican queer writer. Their work has been published in Unfettered Hexes by Neon Hemlock, Strange Horizons, Pleiades Magazine, Apparition Lit and Baffling. They are a first reader for Nightmare Magazine, a graduate of the Clarion West Novella Bootcamp workshop of January/Feb 2021 and assistant editor for Uncanny Magazine. They can be found on twitter @archistratego. 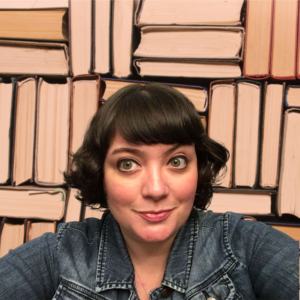 Gillian is receiving this award for her work with They’re Coming to Get You, Barbara: A Gal’s Guide to Surviving and Thriving in Horror, which examines the role of the female survivor in horror, employing both feminist film theory and irreverent commentary.

Gillian King-Cargile earned her BA in film production and an MFA in creative writing from Southern Illinois University. She has worked with schools, libraries, universities, and national labs to create exciting stories, games, events, and even stand-up comedy routines that spark a love of reading and learning. A member of the Horror Writers Association and the Society of Children’s Book Writers and Illustrators, Gillian has published picture books, middle-grade nonfiction books, and longer work for readers of all ages. Her short stories have appeared in McSweeney’s Internet Tendencies, Carve Magazine, Everyday Fiction, River Styx, 3 Elements, Hello Horror, and other publications. Her short story, “The Dead Kid,” received a Pushcart Prize Special Mention and was adapted into an award-winning short film. 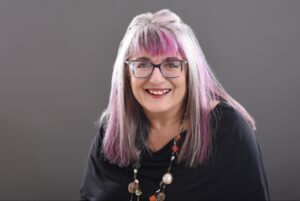 Louise is receiving this award for her work with a history of horror in Australia.

Louise Zedda-Sampson is an Australian writer, researcher and editor. Louise has edited/co-edited several anthologies and was a AHWA Shadows Awards Finalist for Trickster’s Treats 4: Coming Buried or Not! [2020]. Her short fiction has appeared in numerous publications, and her horror articles have appeared online at This is Horror, Horror Tree and Horror Oasis. Her debut book Bowl the Maidens Over: Our First Women Cricketers [2021] examines the Australian women cricketers’ first games in the 1870s. Find Louise at www.louisezeddasampson.com

We had a recipient for the Dennis Etchison Young Writers Award – this year, a single winner was chosen out of twenty-seven applicants. As they are a minor, however, their name and likeness will not be released due to privacy laws. We congratulate this fantastic winner and look forward to their future contributions to the horror field.

Chinaza Eziaghighala (she/her) is a medical doctor (House Officer), featured on WHO Africa, who tells stories. An interdisciplinary writer at the intersection of health, film, and literature, she is a 2021 University of Iowa International Writing Program Alum and 2022 Voodoonauts Fellow. She is an SFWA member. Her works are in/forthcoming BSFA’s Fission #2 Vol 1 Anthology, Mythaxis, Planet Scumm, Metastellar, Brittle Paper, Hellboundbooks and BSFA’s Focus. CHIMERA, her debut novella, is forthcoming in 2024 from Nosetouch Press. She works as a Screenwriter for Africa Magic/Multichoice and is training to become a Film Development Executive with Jungle Film Works. 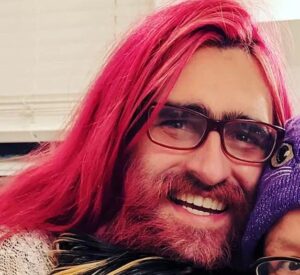 Darcy Marie Hughes (e/em/eir/eirs/emself). The poet, TTRPG designer/streamer, fiction writer, and editor with 18 names (including Emily Flummox, Tristissima, & Skunkheart) competed nationally twice during eir decade-long slam career. Much of eir poetry, notably “Sacred Purification Ritual Using Your Own Urine Instead of Water”, focuses on identifying with the divinity of the disgusting. 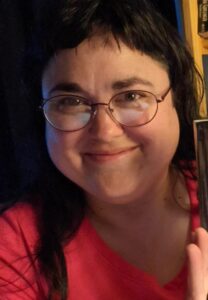 Naching T. Kassa (she/her) is a wife, mother, and horror writer. She serves as an assistant at Crystal Lake Publishing and is a proud member of the Horror Writers Association, Mystery Writers of America, and several Sherlock Holmes Scions.

Naching resides in Eastern Washington State with her husband, Dan, and their three children. 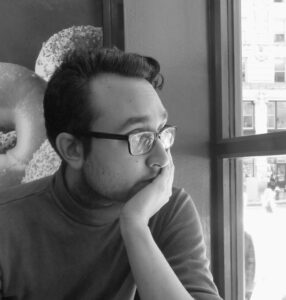 Ian Muneshwar (he/they) is a Boston-based writer and teacher. His short fiction has sold to venues such as Strange Horizons, Nightmare, and The Dark, and has been selected for The Year’s Best Weird Fiction and Year’s Best Dark Fantasy & Horror. Ian has taught writing in the Transitional Year Program at Brandeis University, in the Experimental College at Tufts University, and in Clarion West’s online programming. You can find out more about his work at ianmuneshwar.com

Meemee Taylor (she/her) is a Louisiana-raised, Los Angeles-based author and screenwriter of psychological thrillers, horror, and creature features with a touch of humor. She was the July 2022 Winner of the Roadmap Career Writers Program Diversity Initiative with her horror TV pilot, The Vessel. She was also a top 10 Finalist in the Women Write Now 2022 Program and has had horror short stories published in the anthology, The Memory Eater, and on the Yahoo Contributors Network. An avid world runner, her favorite race will always be the local Run For Your Lives 5k, where “zombies” chased her throughout the course.

Both of the following libraries will receive $250 to help fund teen writing programs as part of the HWA’s ongoing dedication to furthering young adult literacy:

Congratulations to both the recipients!

The Young Adults Write Now program is currently open to United States libraries, but will be

expanded in the future to include other countries, as part of the HWA’s global presence.

Membership in the HWA is not a requirement.

The HWA is a nonprofit organization of writers and publishing professionals around the world, dedicated to promoting dark literature and the interests of those who write it. The HWA aims to encourage public interest in and foster an appreciation of horror and dark literature — as well as reading, in general — for adults, teens, and children.