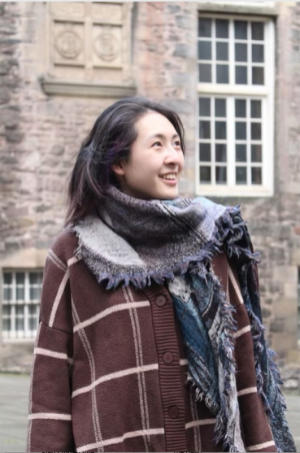 Ai Jiang (she/her) is a Chinese-Canadian and immigrant writer who desires to write fiction that mixes both literary and speculative elements while incorporating aspects of her cultural background and native landscape whenever she can. She likes to draw on East Asia mythology, legends, and folklore in her dark fantasy and horror writing. Her work has appeared or is forthcoming in The Magazine of Fantasy and Science Fiction, The Dark, PseudoPod, Prairie Fire, Hobart Pulp, The Masters Review, and in numerous other literary and genre publications.

Ai arrived in Canada at four years old, along with her parents, after emigrating from Fujian, China. She is an alumnus of the University of Toronto, St. George, the Humber School for Writers (Mentors: Naben Ruthnum and Marina Endicott), and the Gotham Writers’ Workshop. Ai is currently pursuing her master’s in Creative Writing at the University of Edinburgh. She is a Fiction Editor at Orion’s Belt, and is a member of the HWA, the Science Fiction Writers Assn., and Codex.

When she has free time, she enjoys reading works of all genres but has a particular interest for the ones within the realms of dystopian/apocalyptic/post-apocalyptic, fantasy, sci-fi, horror, and dark fiction. You can often find her hunched over her desk, munching on snacks she shouldn’t be eating, or drinking far too many bubble teas while insisting that watching movies and shows on Netflix is a part of her “research”—active procrastination—for her writing. 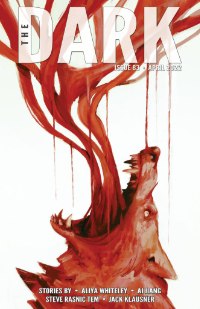 “I picked up the baby. Its eyes were unblinking, black voids, no whites, as though it already knew the world before it had even seen it. A strange, magnetic force pulsed from its body.

“Your child, Your Imperial Majesty,” I said, my voice a mixture of three sisters.

The emperor dragged himself backward after swiping the pin from the ground, his face almost as blanched as the ghosts by my side. I placed the baby in front of him when his back hit the wall. A smile stretched across the width of the baby’s face as it sat upright. It reached back, peeling its newborn skin—sticky, wet, like half dried glue—from its body, revealing long, flowing white hair and a chalk-like film beneath the human surface. Its eyes remained the same.

With his own lids shut, the emperor plunged the pin into the xiăo èmó—little demon—in front of him. I held my breath, but the demon pulled out the pin, its skin undamaged from the puncture, and thrust it into the emperor’s neck …” 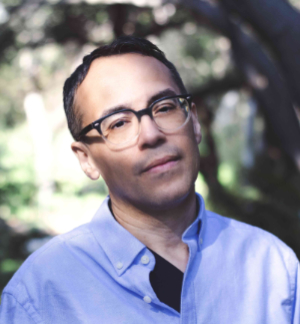 Adrian Ernesto Cepeda is the author of Flashes & Verses … Becoming Attractions from Unsolicited Press, Between the Spine from Picture Show Press, Speaking con su Sombra with Alegría Publishing, and La Belle Ajar, and We Are the Ones Possessed from CLASH Books. 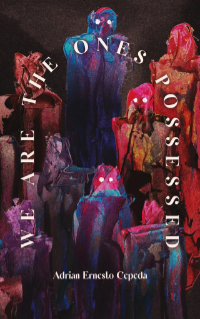 Adrian lives with his wife in Los Angeles and their adorably spoiled cat Woody Gold.

Recommended Reading: We Are the Ones Possessed; a poem from the collection:

I COULDN’T DEAL WITH THE LARGE PARTS YET

Picking little flesh bits
away relentless skin
the senses here trying to
hair drain my intention
down, small nail bits
anything to visibly
speed up the diluting skin,
death remained a scent
of ruined bleach body,
unwanted spread bleach
ruined the bathroom, bleach
smell in the bathtub was
heavy, the surface bleach
air hit me terrible, downward
I would sink to the floor and
drip lower than the bones
in the toilet. My problem,
the farther I reached
the same confining
hands of my hell—
always would drain me.

Find out more about the author at https://www.adrianernestocepeda.com/; Twitter: @PoetNotRockStar. 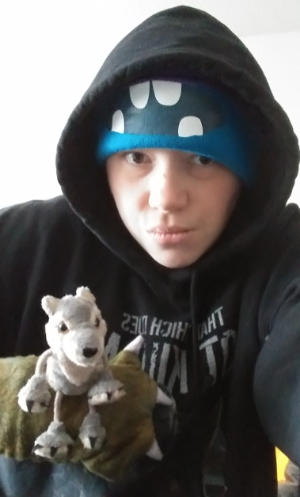 Merc Fenn Wolfmoor is a queer non-binary writer who likes dinosaurs, robots, monsters, and cookies. Their novella, The Wolf Among the Wild Hunt, is available now from Robot Dinosaur Press. Their fiction has appeared in Lightspeed, Uncanny, Fireside, Nightmare, and others. Merc is also a 2016 Nebula Award finalist for their story, “This Is Not A Wardrobe Door,” which has been reprinted in PodCastle (audio), Cicada (2018), and The Best American Science Fiction and Fantasy 2017, along with translations into Chinese and Portuguese. Their debut short story collection, So You Want To Be A Robot (Lethe Press, 2017), is available in paperback and e-book.

Recommended Reading: The Wolf in the Wild Hunt. 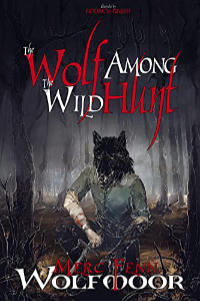 The Pre-dawn wind carried the scent of slaughter before smoke.

Skythulf slowed his pace, tilting his head up as he inhaled deeper. The sleeting rains had faded hours past, though the road was still mud-slicked and rutted. The air was chilled, for this night was the last of winter on the cusp of spring. He stepped to the side of the road, the heavy, wet pine branches grazing his shoulder.

The soldiers, riding in file, did not slow, nor did the horses react. The hooded lanterns carried at front and rear of the line cast melted shadows against the trees, the light scarcely breaking the heavy darkness laid over the land. Skythulf frowned. His nose was sharp, wolf-keened even when human-shaped, but he did not trust this was not an errant dream nipping at his brain. He settled his hand on his sword pommel and shut his eyes.

Merc is mostly found on Twitter @Merc_Wolfmoor and sometimes playing in cardboard boxes. You can learn more about Merc here: https://mercfennwolfmoor.com/home/. 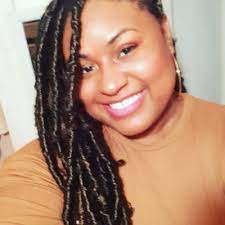 Jessica Guess is a writer and English teacher from Florida who loves horror. Telling scary stories as a child, she started writing as a teenager and kept it scary. She started crafting short stories such as “Mama Tulu,” published in Luna Station Quarterly. Reminiscent of Kasi Lemmons’ Eve’s Bayou, the story deals with a young girl, a problematic father, and Obeah. However, Jessica turned this concept much darker in nature with a surprise ending. Using her Jamaican ancestry and her own feelings as a teen as a guide, she created a story that speaks to the unseen powers working in the dark to influence the day.

Reading her work, Jessica Guess is a master at taking a well-known trope and turning it on its head. After obtaining an MFA from Minnesota State-Mankato, she created a blog, “Black Girl’s Guide to Horror,” in which she discusses horror and its interaction with people of color. Problematic trends like killing Black characters first was thoroughly discussed on her blog, along with other horror topics that interacted with people of color—in positive and negative ways. The most popular topic turned out to be the elimination of actress Rachel True from the conventions celebrating the groundbreaking movie THE CRAFT—and the reasons why. Her blog became a sounding board for marginalized horror lovers fighting against the status quo.

In February 2020 Jessica turned the genre on its head once again with her novella Cirque Berserk, published by Unnerving as Book 4 in the Rewind or Die series. This story gave us everything: unrequited love, murderous slashers, and a Black protagonist. In one sense, she IS the final girl. As the name implies, it is a wild ride through a bloody carnival. 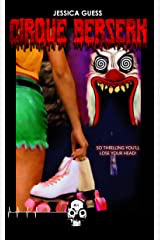 “You know, I told you we’d end up like a horror movie,” Rochelle said. She skated over to the other end of the rink and bent down, reaching for something behind the railing.

Sam couldn’t see what exactly, but she didn’t care either. All that mattered was finding the phone and getting help.

“Remember when we were on the bus?” Rochelle continued. “I said we’d end up like my least favorite horror movie trope: dumb teens go somewhere they’re not supposed to.”

“Rochelle!” Sam yelled. “That doesn’t matter now! We have to get out of here!” Sam continued looking for the phone, praying that there was still time to save Kevin and that maybe Brittany and Noah were somehow alive.

“I lied though,” Rochelle said, ignoring Sam. “That’s not my least favorite trope. The one I hate the most is of the Black girl best friend.” Rochelle sighed and shook her head. She had found whatever it was she was looking for and was skiing slowly toward Sam. “You know, she’s just there to give her white BFF all the emotional support she needs but doesn’t have a real story of her own. It makes no sense. I mean, Black girls can go on rampages too, you know.”