Scary Out There with Kaitlin Ward 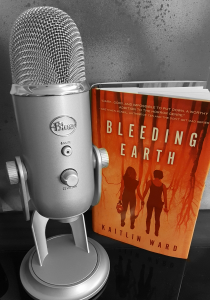 NOTE: Listeners, this was our first attempt at an audio interview. We know there is a slight echo and the background noise isn’t ideal, but bear with us as we creep into the world of audio interviews. Thanks for your understanding and patience!

Hello Horror Fanatics! Today Scary Out There is sitting down with Kaitlin Ward, the author of Bleeding Earth (Adaptive Books, February 2016). Listen as Kaitlin discusses how she came up with the idea for Bleeding Earth, why it’s important for children and teens to read horror, and more. 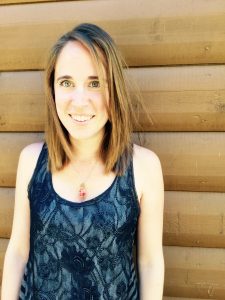 Kaitlin Ward grew up on a dairy farm in Monroe, New Hampshire, the same town where she lives today with her husband and son. Before settling back in her hometown, Kaitlin studied animal science at Cornell University. She co-founded the well-known blog, YA Highway, and by day she works at a company that sells coins. Bleeding Earth is her debut novel. Kaitlin’s new book, The Farm, will be released by Scholastic in 2017. Keep up with Kaitlin at kaitlin-ward.com and follow her on Twitter @Kaitlin_Ward.

Listen to the episode here.

Ally Russell manages content for the Horror Writers Association’s Young Adult & Middle Grade blog. She reviews YA and middle grade horror, holds an MFA in writing for children from Simmons College, and is a member of SCBWI. When her childhood dreams of becoming a full-time witch didn’t work out, she settled for a career working at an independent children’s publisher. She lives in Boston but hails from Pittsburgh—ground zero of the zombie apocalypse.  She can be found on Twitter @RA_Lynn.