Welcome to the latest edition of “Know a Nominee,” the interview series that puts you inside the minds of this year’s Bram Stoker Award nominees. Today, we feature Michael Bailey, who’s nominated for Superior Achievement in Short Fiction for “Primal Tongue” (Zippered Flesh 2, Smart Rhino Publications).

DM:  Can you please describe the genesis for the idea that eventually became the work for which you’ve been nominated? In the case of a work wherein you’ve written multiple stories (like a collection) please choose your favorite part and discuss.

MB:  “Primal Tongue” is about communication. Do we need words? Do we need to speak, or write, in order to communicate? How important is language? In Fahrenheit 451, Bradbury gave us a peek into a dystopian world without books. This concept of his sparked from a shorter story called “The Pedestrian,” which morphed into a longer version called “The Fireman” (the original title for my work was “Fireman / Primal Tongue,” later shortened by my publisher), and eventually became the infamous Fahrenheit 451 that we all know so well. With “Primal Tongue,” I wanted dissect this idea further by eliminating language altogether. After all, the world is becoming silent, one technological advancement at a time. Outside of writing, my field of work is information technology; what I’ve discovered along the way, unfortunately, is that we are destroying the basics of communication. We are simultaneously evolving and de-evolving, generation-to-generation, and if something doesn’t happen soon, we will revert to a primal tongue. “Is all language the same until it’s learned? Is there, perhaps, a common language shared by all; something primal, unnecessary to learn, before we fuck it all up and disorientate the world by segregating ourselves with language?” På godt og ondt (for better or worse), language is an obstacle.

DM:  What was the most challenging part of bringing your idea to fruition? The most rewarding aspect of the process?

MB:  Passages in Danish, Portuguese, Spanish, French, Hindi, and binary haunt this story. I wanted more languages, but word count was a factor. One of my coworkers offered translations in Hindi, and I have extended family in Denmark (a Danish editor, in fact), and asked for assistance with the other languages. Translation of language (one of the main character’s obstacles in the story, ironically) was the most challenging aspect of composing this story. It’s like getting a Chinese symbol tattooed on your body; unless you’re 100% certain of the translation, it could mean just about anything. “Courage” could be “Coward” and you’d never know it without a proper translator. I originally thought that obtaining rights to use passages from Fahrenheit 451 would be the biggest hurdle, but a nice fellow named Mort Castle pointed me in the right direction, and those involved with rights to Bradbury’s words were generous after reading the finished story. This was, by far, the most difficult piece of fiction I have ever written, but I think I pulled it off. Readers seem to like it; that’s the reward.

DM:  What do you think good horror/dark fiction should achieve? How do you feel the work for which you’ve been nominated fits into that ideal?

MB:  Fiction of this nature should evoke fear. Stephen King once wrote (from The Body): “The most important things are the hardest things to say.” I feel that I’ve gone quite out of the way to say something difficult with “Primal Tongue,” something I feel is incredibly important. The world is becoming silent, as I mentioned before. Both the written and spoken word are poking extinction in the eye with a sharp stick. Most schools no longer teach cursive. How much longer, then, will we need handwriting? When will reading become obsolete? How soon can we alternatively “upload” information? Heads are bowed to cellphones and tablets and other such devices, what the story refers to as the chin-on-chest syndrome: “—when a person is so involved in their handheld device/gadget/toy, they forget to look up now and again. Zombies, all of them. Conversation occurred more often by keystroke nowadays than exchange of spoken word.” Think of where we were as a people ten years ago. Think of where we are today. Think of where we will be ten years from now, or twenty, or thirty… If that doesn’t’t scare the shit out of you, then you should take a second to look up from your toy and pay attention.

DM:  I’m curious about your writing and/or editing process. Is there a certain setting or set of circumstances that help to move things along? Where do you often find yourself getting stuck, and why?

MB:  I used to handwrite everything in notebooks, then transpose onto laptop, then print, edit directly on the page, then correct those changes on the digital version (rinse and repeat). Stories used to go through multiple drafts. Lot of trees died. I prefer handwriting the first draft. Today I print less paper and edit digitally. If I begin a story with a laptop instead of a pen, I edit along the way, sometimes spending an hour on a paragraph until I have everything right. It’s a much slower process, but it makes for less editing. I don’t write a lot of short fiction, maybe three or four short stories per year, sometimes less (lately, only if invited to write for an anthology). I wrote two short stories last year; one of them was “Primal Tongue.” I wrote the first draft, work-shopped the story at the Borderlands Press Boot Camp, worked on obtaining the Bradbury rights, then published the second draft. If I get stuck, I’m writing the wrong story.

DM:  As you probably know, many of our readers are writers themselves. What is the most valuable piece of advice you can share with someone who may be struggling to make their way in this life?

MB: If someone is struggling to make their way in this life, I would tell them find something else in life that makes them genuinely happy and to pursue whatever that is with passion (which also means ‘suffering’). Struggling is something to overcome, not something to endure. If someone is struggling to make a life out of writing, I would tell them to supplement writing with something that generates income, since writing rarely generates sustainable income. Famous writers dies poor, because writing is a disease. If you want to write to make money, you are in the wrong business. If you write because you have to, because you have no other fucking choice, then you’re a writer.

MB:  Brian Keene accepting the prestigious Grand Master Award will be the highlight for me this year. I can’t think of a more deserving individual. That bastard deserves to be on a list with Bloch, King, Barker, Bradbury, Grant, Wilson, Ketchum, Campbell, Straub and all the other greats (and speaking of greats, Thomas F. Monteleone should be on the WHC radar for a future GMA; not only is he a literary powerhouse, he’s responsible for shaping many new names that keep popping up on the Bram Stoker Award ballots each year; he’s been spreading the disease for years!) I also look forward to spending quality time with my writerly friends. Clinking glasses with those who have helped me along the way, and likewise those I have helped, sharing stories and hugs with past boot camp grunts, shaking hands with all the other nominees and congratulating each and every one of them in person for contributing to something spectacular. And wearing a suit. I don’t get to do that much. If I win, I win; it’s a statue. What matters is everything else. I’m contagious, thanks to people like Tom, and Brian, and I’m ready to infect. What matters is celebrating stories, and books, and all types of language, at least while we still have them.

Michael Bailey is the multi-award-winning author of three novels: Palindrome Hannah, Phoenix Rose and Psychotropic Dragon, and two short story and poetry collections: Scales and Petals and Inkblots and Blood Spots (coming soon from Villipede Publications). He is the editor and publisher of Written Backwards, responsible for the critically-acclaimed Pellucid Lunacy and Chiral Mad anthologies and the upcoming sci-fi / horror anthology Qualia Nous. His books have been recognized by the Independent Publisher Book Awards, International Book Awards, USA News “Best Book” Awards, the London Book Festival, ForeWord Reviews’ Book of the Year, This is Horror Anthology of the Year, Indie Book Awards, and the Eric Hoffer Award. His short fiction and poetry can be found in anthologies and magazines around the world, including the US, UK, Australia, Sweden and South Africa. Michael was recently appointed Managing Editor of Science Fiction for Dark Regions Press. He is also stoked for his most recent Bram Stoker Award ® nomination for Superior Achievement in Short Fiction. 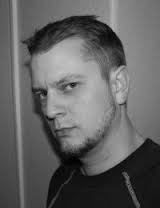