Halloween Haunts: Writing Horror When You’ve Lived in a Haunted a House by Diana Rodriguez Wallach

The first house I ever owned was haunted. I don’t say this to be dramatic; it’s simple truth. It was a brick “trinity-style” town home in Center City Philadelphia that was built in 1832. It still had its original floorboards and windows, there was a fireplace in every room, and the spot where the old outhouse used to be caved in while we lived there.

Many people died in that house. And the ghosts who remained had an affinity for classical music.

It was 2004 when we moved in. We were planning our wedding, and I had purchased a CD of classical piano music to choose songs for our ceremony. If you are old enough to remember boom boxes, you know that you needed to press three buttons to make a CD play—turn the stereo on, shift the function to CD, then hit play. The device had no “sleep” feature.

It started one afternoon when I was home alone. Bach’s Air on a G-String drifted up to my ears. At first, I thought my neighbor had gotten really good at playing piano, and I was hearing her keystrokes floating through the walls. Then…like all good horror movies…I realized the sounds were coming from inside the house.

I raced down to my bedroom, rattled and breathless, to find the stereo on and the CD crooning.

This particular song continued to play, at random times, on random days, for months. I’d listen to morning radio before leaving for work, turn off the boom box, then return home to find the CD had played while I was gone.

It wasn’t until my husband was finally home to hear it—and finally believe me, with goosebumps up his arms—that we decided to do something.

We switched the CD to Bon Jovi’s Greatest Hits. We left it there for weeks, and not once did Livin’ on a Prayer randomly play or did I come home to find the stereo turned on. We put back in the classical piano music, and instantly, Bach rang out at random times on random days.

Now fully certain we were haunted, I decided there was only one thing left to do: talk to the ghosts. I didn’t want to take away the music that the spirits clearly enjoyed, so I chose to set some ground rules. Seriously.

I stood in my living room and made an announcement like a school principal at the morning assembly, “Hi, Ghosts! Nice to meet you. I realize this is your house, and you’ve lived here a very long time. I just wanted to acknowledge you and thank you for having us. I noticed you like listening to classical piano music, and that’s understandable. But I’d like to kindly request that you play the CD only when we’re not in the house, because you’re freaking us out. So Monday to Friday, 9-5, have at it. But when we’re home, please don’t play it. Thank you.”

The CD never play again while we were in the house.

Yet, very very often, I’d return home to find that the radio was switched on, it was set to CD, and the piano music had rang out while we were away.

It should also be noted that the only time in my life that I ever sleepwalked was in that house. It happened frequently. In complete slumber, I would somehow navigate up narrow, cavernous spiral steps, only to awake on another floor. Heart hammering, I’d return to my bedroom, only to see my covers were peeled back in a perfect triangle, as if someone had neatly lifted them before guiding me out of bed.

We have since moved. I never sleepwalked again. My CDs, or iTunes, don’t randomly play.

But when I wrote SMALL TOWN MONSTERS, my new Young Adult Latinx Horror novel, I listened to Bach’s Air on a G String. It was easy to get in a horror-writing mood when I had a soundtrack to my own house of horror. And I channeled those raised hairs on my neck, that twisted feeling in my gut, and the racing heart that caused a cold sweat under my arms into a novel about dark forces not just emanating from a house, but through an entire town.

Vera Martinez may not live in a haunted house, but she is the daughter of exorcists with a basement full of demonic artifacts to prove it. And when Maxwell Oliver realizes something is very wrong with his mother, the two come face to face with disturbing true stories of cults, death worship, and the very nature that drives people to evil.

It is a horror novel based on truth, because the truth is—at one point in my life, I really was haunted

To enter, post your name and email in the comments below or email membership@horror.org. 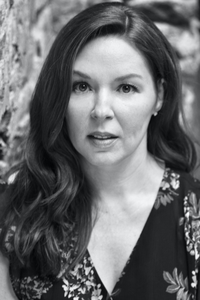 is a YA Latinx horror novel that published in September 2021 through Random House’s Underlined imprint. Additionally, Diana is the author of the Anastasia Phoenix Series (Entangled Publishing). The first book in the series, Proof of Lies, has been optioned for film and was chosen as a finalist for the 2018 International Thriller Awards for Best Young Adult Novel. Additionally, Bustle listed Diana as one of the “Top Nine Latinx Authors to Read for Women’s History Month.” Diana is also the author of a trilogy of YA contemporary Latina novels (Kensington Books). The first book, Amor and Summer Secrets, placed second at the International Latino Book Awards for Best Young Adult Novel. She lives in the Philadelphia area with her husband and two children. 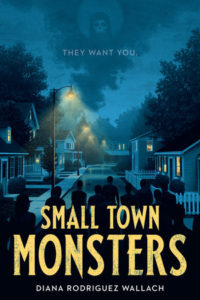 A darkness surged through Roaring Creek, casting a shadow upon its modest homes and oozing onto Vera Martinez’s hands—­and it all began, at least for her, the day that Maxwell Oliver’s pale brown eyes turned her way.

Vera flipped a fistful of curls in front of her face and pretended not to notice. This was an unfamiliar situation. Boys never looked at Vera, and certainly not like this.

She opened an eight-­hundred-­page novel, reduced to the five-­inch screen on her phone, and pretended to read. Discreetly, she scratched her scalp with a nail chipped of black polish and let her gaze slip between her wavy strands. Yup, he was still looking.

“All right, class!” Ms. Spuhler cleared her throat to begin their last day of eleventh-­grade English. “Settle down.” The teacher grabbed the TV remote, the only tool necessary on the final day of classes.

Roaring Creek High School had the feel of an iPhone powering down one app at a time. Science teachers cleaned lab equipment, jocks threw out ratty sneakers, and theater kids sobbed over the end of another magical season. Vera, however, was the app that no one clicked. She was “Keynotes” or “Numbers,” an icon you couldn’t delete due to manufacturer settings, but was rarely engaged.

So why was Maxwell Oliver suddenly taking notice?

He’s not looking at me, she reasoned. Then, because she had to prove herself right, Vera glanced at the window behind her, expecting to see a flying squirrel or mating robins drawing Maxwell’s attention. But there was nothing. Not even a breeze.

Her brow furrowed. Vera and Maxwell had never spoken, not directly, or at least if they had, she couldn’t remember it. They’d never been partners on a project or run into each other at the beach. To say they moved in different social circles would imply that Vera had a circle, which she didn’t. Unless you counted her family, and that was just sad. Vera preferred to be thought of as sans-­circle. The loner. The outcast. The . . . well, all the other names that people called her.

Her parents had unconventional careers, the kinds that caused dog walkers to cross the street when they passed the Martinez home and mothers to refuse to let their children go over for playdates. Vera had long since accepted this, because what other choice did she have? Hating her reality would mean hating her mom and dad, and she refused to go there.

Maxwell Oliver, on the other hand, was an athlete, an honest-­to-­goodness I competed in the Junior Olympics sprinter. He was beloved. Janitors high-­fived him in the hallway, and girls, if given the option, would line up in formal wear for a chance to accept his thornless rose.

Vera was different, for a slew of reasons that added up to her not being the type who’d catch Maxwell Oliver’s eye. Yet he was staring, almost like he had something to say. It made no sense. Every cell in her brain screamed Don’t fall for it, it’s a trick! But still her stomach twisted with the toxic taste of hope. A shoved-­down piece of her soul longed for someone to look at her and see something other than the five-­year-­old everyone avoided on the playground.

Vera tucked a thick lock of hair behind her ear and gnawed on her lip. She was under no obligation to pretend she didn’t notice. He was staring at her. So technically he should be embarrassed.

She steadied herself, preparing to meet his gaze head-­on. What was the worst that could happen? After today, she wouldn’t see Maxwell again until the start of senior year.

Vera inhaled, summoning all her courage from down deep, when Jackson Johnson stumbled into the classroom. He tripped in a walloping belly flop onto the linoleum floor, and the room erupted into laughter. Jackson immediately bounced up, milking the crowd with his arms spread in a victorious V. “We’re almost out of heeeere!” he shouted.

Applause broke out, everyone whooping and giggling as he danced about as if in a training montage. Even Vera chuckled as she stole another peek at Maxwell. His gaze still lingered, lips parted, and he was prepared to mouth something. Then both his friends abruptly turned her way. They whispered, chuckled, clearly talking about her. Vera’s cheeks flushed, and she let her eyes flit about the room until the heat in her face subsided. When she glanced back, Maxwell’s focus hadn’t shifted. Only, before he could speak, Jackson snatched a notebook and smacked Maxwell on the top of his head. Ms. Spuhler dimmed the classroom lights.

And the moment was shattered.

But it had been a moment. Vera was certain of it.

She just didn’t know what it meant.

The darkness hanging over Roaring Creek was inching closer to Vera Martinez.

And it all began with a single look.

One comment on “Halloween Haunts: Writing Horror When You’ve Lived in a Haunted a House by Diana Rodriguez Wallach”