It’s that stagnant, nocturnal air—nothing close to warm, but not so cold you need a jacket. Those thin clouds, strewn across a pitch-black sky. It’s the moon, hovering just out of reach, a sinister grin beaming down from its pockmarked face. Autumn leaves, rotting by the road. It’s that first step onto the dewy lawn, decorated with plastic tombstones and spiderweb-covered trees. Your bag bouncing at your side, nowhere near as full as it should be.

It’s different for us all, I’m sure. For this horror writer, however, Halloween has never had anything to do with ancient myths from far corners of the world. Sure, contemporary Western rituals might meekly echo those of old, and it’s fun to think they pacify the dead (maybe they do), but my family has never had a blood-stained altar in our backyard. For us, it’s always been something entirely different, yet possibly much the same.

The distant fragrance of harvested greenery. Ominous music, humming from out of sight. Candlelight flickering behind maniacal faces that guard front doors. Skeletons hanging from nooses in yards, somehow looking you in the eyes, despite not having any of their own. Scarecrows that have never scared crows, smiling from atop rocking chairs on porches. Adrenaline pumping as you roam the streets. Humid breath filling your ears as it buzzes off the back of your mask. Decorative bulbs, strung around windows, where rubber bats dangle from strings.

Most don’t sense it until the blue sky turns gray. Until the morning grass sparkles with frost, and the trees begin to shed. Not us, though. Not the people of horror. Once the night has passed, we might write a story or two for holiday-themed anthologies, but otherwise we go about our lives. Then, in April, networks air “Halfway-to-Halloween” marathons, and time ceases to usher us away, as we begin to drift toward October.

Toward that shrieking, adolescent laughter. The sound of plastic wrappers, rustling as you walk. The smell of chocolate and caramel, and the feel of wooden doors against your bony knuckles. The shadows of monsters and superheroes, cast by the headlights of idling cars. Orange and black, yellow and green. The satisfaction of picking through your plunder at the end of the night.

This is the start of the holiday season. Not the 31st, but the first of the month. The morning the countdown begins. When slasher’s take over cable, and costumes go on display. Even non-horror-types catch the bug. Nostalgia beckons our inner children, inviting us to slip on a costume and knock on doors.

In October of 2019, I wasn’t ready for it to end, so I started writing a book centered around my favorite holiday. Then the pandemic struck, and lockdowns provided plenty of time to finish. My publisher, HellBound Books, has prepared it for release around that magical month this year. My hope was to depict Halloween as I experienced it growing up in suburban America, and aside from the murderous army of zombie children, I think I succeeded. But here’s a taste of Cinema 7, so you can judge for yourself:

Loretta was dressed like a mermaid. And not just any mermaid. She was dressed like The Little Mermaid, which happened to be her favorite. She had a bright-green fin that hung off her butt like a tail, only it had two holes for her legs because she wasn’t really a fish, and she had to walk.

She also had a nail-gun from Daddy’s tool shed. It used to be heavy, but now it was easy to carry—even with one hand. It was the same one she had used to shoot nails into Daddy’s head. Then into Mommy’s eyes and tummy. Loretta liked trick-or-treating, had since she was just a little girl. She was five now, though, and everybody knew that five-year-olds were big girls.

They had been in a large group when they stopped at the houses in the woods, walking from home to home through sticker bushes and dirt, rather than using the roads.

Then, the trees had thinned out and light had appeared.

That’s when the wind had whistled as the monster cried, “Don’t forget to say ‘Trick-or-treat!’”

So, they’d stepped happily out of the forest and into a two-lane road set on a hill. There were no businesses, but just across the street was a big, fenced neighborhood with streetlights and houses as far as the eye could see. When a white car had come down the hill and stopped to let them cross, a group of kids had surrounded it, breaking the windows with their tools and pulling two women out into the street, where they cut them to pieces.

The kids had helped each other over the fence and when it was Loretta’s turn, she had seen that the houses were covered in spiderwebs and other Halloween decorations. It had made her so excited that she had squealed with joy. Then they had spread out like confetti in water as every boy and every girl had gone his or her own way and begun knocking on doors.

Now Loretta was standing under the porchlight of a two-story house with her nail-gun, and there was a plastic skeleton in a rocking chair that made her think of Grandma. It occurred to her that she should pay Grandma a visit before the night was over. Then she knocked on the door.

In the distance, a woman screamed. Then choked. Then fell silent.

Somebody fired a gun. Then another. More screaming. More shots.

Loretta raised her fist once more, but before she could knock, the door swung open and a tall man in green sweatpants appeared, glancing around confused, then down at her. His eyes expanded like jellyfish as she raised her tool and ejected a nail into the bump between his legs.

Michael J Moore’s books include Highway Twenty, which appeared on the Preliminary Ballot for 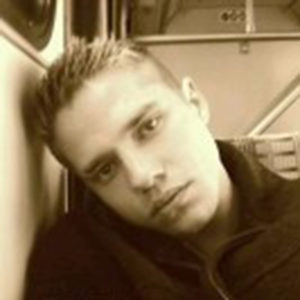 the 2019 Bram Stoker Award, the bestselling post-apocalyptic novel, After the Change, which is used as curriculum at the University of Washington, the psychological thriller, Secret Harbor and the middle grade horror series, Nightmares in Aston. His work has received awards, has appeared in various anthologies, journals, newspapers (e.g. The HuffPost and Business Insider) and magazines (e.g. The Nation), on television (with rapper actor , Ludacris and KPIX5) and has been adapted for theater and radio. In particular, he is a contributing writer for The News Station and his articles have been showcased by universities all over the world. His forthcoming novel Cinema 7 is set for release this year by HellBound Books. Follow him at twitter.com/MichaelJMoore20 or https://instagram.com/michaeljmoorewriting.