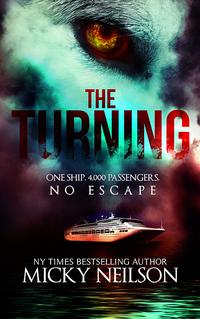 Early on in my life I didn’t really get to participate in Halloween. I grew up with a schizophrenic father who had taken me from home at 10 months old. We spent much of my childhood on the run from authorities, usually broke or close to it. The only time I ever went trick or treating while I was with my dad was somewhere around age 9 or 10—he wrapped me up in toilet paper and sent me out as the mummy.

By the time I turned 13 dad was arrested and I went into foster care. After that, among the many things that I was able to take part in for the first time was dressing up for Halloween. I was undergoing a strange, confusing and challenging part of my life and putting on a costume and mask was very much escapism. We all wear invisible masks in our everyday lives, projecting a public-facing persona, but for me the masks I wore in my mid teens were both literal and figurative. Beyond escaping a harsh reality, I was also still trying to figure out who I was. And who I would become.

Something else I tried to do was make up for lost time. From the age of 13 to 16 (before my foster parents finally said “that’s it, you’re too old to trick or treat”) I had two sets of costumes that I would wear. That way I could hit all the nearby houses while wearing one costume, then change costumes and hit all those same houses again.

Even after it was no longer socially acceptable for me to go door to door asking for candy, I still managed to put together a different costume every Halloween, for one party or another—one of my favorites being Dr. Strangelove. I rented a wheelchair, which I sat in all night, having friends push me to and fro. I spoke in a German accent and staved off repeated attacks from my right hand (for those who haven’t seen Doctor Strangelove, he has Alien Hand Syndrome. Oh, and seriously, see it). Most of the partygoers assumed I was genuinely handicapped. When it finally came time to answer the call of nature, I stood up and in response to the gaping mouths around me shouted “It’s a miracle!”

Nowadays I cosplay whenever I get the chance, for various conventions, mostly opting for a Steampunk theme. So, what about the whole identity thing I mentioned before?

I have a great life, and I’m very comfortable with who I am, so now when I put on a mask it’s a celebration—of a life well lived, of obstacles overcome, and of all the adventures that lie ahead.

TODAY’S GIVEAWAY: Micky Neilson is giving away one digital copy of his werewolf novel The Turning. Comment below or email membership@horror.org with the subject title HH Contest Entry for a chance to win.

Micky Neilson is a two-time New York Times best-selling author whose graphic novels, Ashbringer (#2 on the list) and Pearl of Pandaria (#3) have both been published in six languages. As one of the first writers at Blizzard Entertainment, he has more than two decades of experience in the cutting edge of the gaming industry. He is currently working on a graphic novel, Rook, as well as a number of film projects. In 2016 Riverdale Avenue Press published his memoir Lost and Found: An Autobiography About Discovering Family. You can find his latest werewolf novel The Turning here:  https://www.amazon.com/dp/B01I7JX7Q4#nav-subnav

Also, be sure to check out Micky’s website,  http://www.mickyneilson.com

Years ago Brandon Frye was bitten, cursed to transform into a primal killing machine under the light of the full moon… until he met Celine, who introduced him to experimental pills meant to suppress the turning.

Now, after a terrible tragedy has taken Celine’s life, Brandon boards a cruise ship bound for Alaska, intending to venture into the cold white north and never return.

But when Brandon meets Ginny, he gains a second chance at love. Nevertheless, circumstances align against him: a storm is building, a hunter is on his trail, and the pills that are meant to prevent the turning…

Are about to trigger it.

“THE TURNING is one of the best contemporary takes on the werewolf I’ve ever read–fresh, fast, and sexy as hell. There’s plenty here for a wide reader base: romance, horror, suspense and thriller fans would all eat this book up. I loved it.” — Nate Kenyon, author of DAY ONE and BLOODSTONE.

“A suspenseful, breathlessly paced, gory and sexy new spin on the werewolf tale. Horror fans are in for a bloody treat!” — Jeff Strand, author of WOLF HUNT and PRESSURE.

“A fun, modern take on a werewolf tale. The introduction alone has blood, guts, and major action! Then there was the setting -werewolves on cruise ships?!! Oh my!” — Little Miss Horror Nerd, Zombie7.com

The Turning is available in digital and paperback format here:

Read an excerpt from The Turning by Micky Neilson

There was something moving in the darkness at the base of the stairs. Whatever it was, it was big. And as far as he could tell, it wasn’t human. As Brandon’s eyes adjusted, he was just able to make out a dingy coat of gray fur, almost ghostly in the dimness. He could hear the thing sniffing. Brandon kept the flashlight aimed at the floor, not wanting to alert the animal. Was it a bear? Couldn’t be. No such thing as a gray bear. Just then the thing looked up at him, blue eyes cutting through the gloom—the eyes of some kind of dog. But no dog could get that big. This thing had to be a freak of nature. A freak of nature that had mangled Jon Adams Beckett.

First a growl rumbled from deep in the thing’s throat; then those piercing blue eyes were in motion as the beast raced up the stairs.

No sense in running for the office; there was no way out from there. A second passage ran perpendicular to the stairs Brandon was now on, and at its end was a doorway. Maybe he could get to a window or a closet. Buy some time. He backed up and ran hell-bent for leather…

Through the doorway was a large room lit only by the moonlight through a few tiny windows. Brandon turned and slammed the door shut, catching just a glimpse of those bright blue eyes speeding through the darkness. The wooden door rocked with a massive impact, knocking him to the floor. He shined the flashlight frantically; around him was an enclosed space with some furniture, a TV set, a rug… and a dumbwaiter, set against the far wall.

Another impact and the door rocked again. Wood splintered. He popped to his feet and sprinted to the dumbwaiter. Luckily the car was there. Brandon squeezed himself into the relatively tight space as the room’s door came apart. He fumbled with his shaky left hand on the wall for the call switch, hit a button, and heard the motor engage.

The beast didn’t give Brandon time to slide the dumbwaiter door shut. The animal was impossibly fast, rushing to the opening just as the car’s descent cut off Brandon’s view of it. Claws raked the top of the car, and the sound of its bark was deafening in the cramped channel.

With agonizing slowness the car continued down… and down further, past what could only have been the first floor. Brandon must have hit the button for the basement.

Finally the car stopped at a closed door.

Brandon rammed the door open and untucked himself into another large room, sweeping the flashlight out. His heart hammered in his throat when the beam revealed a snarling bear reared up on hind legs. His thundering pulse subsided only slightly when he realized the beast was the work of a taxidermist.

A fan of the light revealed more stuffed game: pheasant, turkey, mountain lion. He was in a hunter’s trophy room. At the far end of the nearest wall was a set of steps leading upward. Tempting, but what if that thing was waiting for him? Brandon didn’t want to ascend without some kind of defense.

Closer in on the near wall, mounted moose and buck heads flanked a double barrel shotgun. Within two quick strides Brandon was on his toes, using the flashlight to help dislodge the shotgun from the wall. He hit the release to open the double barrels and shined the flashlight in. Empty.

To his left the flashlight revealed a large basket in the corner, thronged with several spears.

Better than nothing. Brandon dropped the shotgun and hurriedly snatched a spear. He had made his way to the staircase and was prepared to launch himself up when he heard a rumbling growl.

It was coming from inside the room.

The beam wavered jerkily from the shaking of Brandon’s hand as he swept it over the far wall, across a deer, boar, and then… an immense, primeval creature, like something out of a Robert E. Howard adventure story. It had gray fur and blue eyes and the features of a wolf, right down to the fangs. These fangs, however, were the size of steak knives and dripped a foamy saliva. The beast was crouched on all fours, and then, in the shaking light, it stood.