Halloween Haunts: Never a Night Off by Lincoln Cole 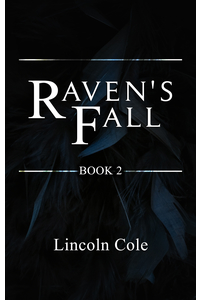 Halloween is the best time of the year for enjoying the scarier parts of life. People who normally are prudish and uptight about horror will discard their preconceived notions for one night and just allow themselves to enjoy life. It is the one night of the year where everyone is allowed to throw on a costume and pretend to be someone else…

Never a Night Off

“Did you see where he went?” Dominick asked, stepping up alongside his friend and glancing out over the crowd. The Halloween party at The Rusty Nail was in full swing and everyone was wearing a costume. The likelihood of spotting their demonic target in the crowd was getting less likely by the second.

Dominick could barely hear him over the sound of the music. Curtis dropped down off of the raised dance platform and pushed his way through the club, heading for the alley out back. Dominick followed, glancing behind them to make sure they weren’t being followed.

The music disappeared when they stepped outside and closed the door behind them. It was a cool night, and the wind whipping over his skin refreshed him.

“Just once,” he said, “I would like to come to one of these parties when we’re not working.”

“We’re always on the job. Frieda needs us to handle this tonight.”

“You would think we would at least get Halloween off, right?”

Curtis ignored him and began walking down the alley. Their target was ahead of them by maybe fifty meters, hands tucked in the pockets of his sweatshirt and the hood pulled over his shoulder. He was heading for the street and didn’t know he was being followed.

Curtis slipped a pistol out of his pocket, picking up the pace.

“I thought we need him alive,” Dominick whispered, falling into step beside his friend.

“That’s the best case. I’m not taking any chances.” 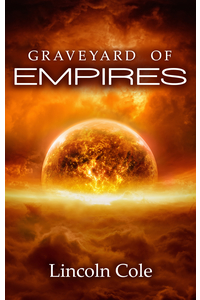 They were maybe ten meters behind when Dominick’s foot scuffed across the pavement. The man glanced back at them and time seemed to stop when he recognized them.

Everything happened all at once: the man in the hoodie turned and sprinted down the alley and Curtis raised his pistol. He fired off three shots: the first two missed, but the third tagged the demon in the collarbone.

He barely even flinched and kept sprinting toward the mouth of the alley. The two Hunters took off after him, and now Dominick slid his gun free as well.

“We can’t let him get away,” Curtis said.

Dominick didn’t reply. Their target was a ruthless and conniving creature that had already wrecked three bodies in the last two months. If he got away now he would simply find a new person to inhabit and disappear, wasting months of tracking. He didn’t know why Frieda needed him, but it was something big.

The demon ran down the street to the right, weaving through traffic. It was late at night—or early morning, depending who you asked—but there were still people out and about. It was, after all, Halloween.

They dodged through the crowd after him, only a few steps behind. The demon reached an intersection and ran into the middle of the road, forcing traffic to stop and swerve around him. Horns blared and drivers shouted in anger, but the demon ignored them.

Dominick slid over the hood of one of the cars, closing the distance to his prey. The demon made it to a construction area with a wooden overhand protecting the sidewalk. Instead of running under the overhang, it leapt into the air and landed on top of it, climbing the scaffolding up the front of the building.

“Great,” Dominick mumbled, climbing up a fence to chase after it.

Curtis ran down the road to try and cut the demon off. That left Dominick in pursuit alone, scaling the side of a building in pursuit of the demon.

His target found an opening inside on the third floor and jumped in, running toward the far side of the building. Dominick rolled in after it, raising his pistol to fire. He didn’t aim for the body, but instead went for a leg.

His second shot pegged the demon in the calf and it stumbled forward as the muscles of the body it was inhabiting gave out. It staggered to the ground, giving Dominick enough time to catch up. He came in hard, kicking and punching at the demon with abandon.

The demon deflected and dodged his attacks, finding its footing and backing away. It countered, deflecting a kick from Dominick and punching him first in the kidney and then the chest. It followed it a roundhouse kick to the side of his head, throwing him into the wall.

Then, it turned to run again, reaching the other side of the building and stepping out one of the open windows. Dominick moved to follow, dazed, and staggered after it.

“That could have gone better.” 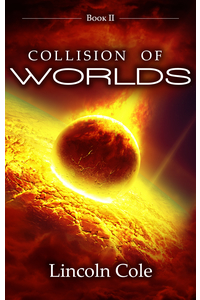 Outside, he saw the demon climbing down the scaffolding toward another overhang two floors below. It was moving slow, barely having use of its leg, but it had a decent head start. Down the street Dominick could see Curtis rounding the corner, coming to help.

He slipped out the window and moved quickly down the scaffolding, ending up near the second floor just as the demon stepped onto the wooden overhang.

“Here goes nothing,” he mumbled, taking a steadying breath.

He leapt off the scaffolding and onto the demon, landing heavily on it and slamming them both down onto the overhang. They landed hard and he felt the structure wobbling beneath them.

The demon rolled over, elbowing Dominick in the ear, and then it tried to crawl away.

He grabbed the demon by the leg, shifted, and then threw him sideways off of the overhang. It slammed onto the roadway and lay still. Curtis ran up to it, kneeling over top the demon and checking if it was still alive.

Dominick climbed down off the railing, landing on the road next to them, and together they dragged the demon onto the sidewalk.

“Nice job,” Curtis said, short of breath. “Let’s get him back to Frieda.”

“Just once,” Dominick reiterated, shaking his head. “I would like to pretend we have normal jobs.” 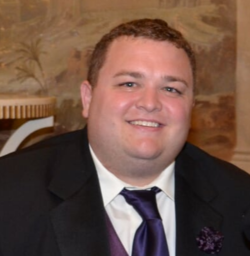 Lincoln Cole is a Columbus-based author who enjoys traveling and has visited many different parts of the world, including Australia and Cambodia, but always returns home to his pugamonster and wife. His love for writing was kindled at an early age through the works of Isaac Asimov and Stephen King and he enjoys telling stories to anyone who will listen.

“IR Verdict: A hell of a series start.” 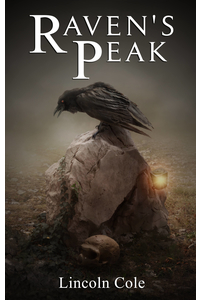 es multiple plot threads with ease. As the book heads towards it’s rousing conclusion, readers will be left wanting more.”
– The BookLife Prize in Fiction, 8.5/10

“I can confidently give this book my highest recommendation, and will certainly keep my eyes peeled for the second book in this incredibly promising series. Author Lincoln Cole, I hope you write fast!”
– Chris Fisher, Reader’s Favorite 5-Star Review

“The chills and thrills are pitched just right, to cause a tingling at the nape of the neck, taking time to maintain suspense whilst fully sculpting his darkest moments for maximum impact.”

Pick up a copy today!

Read an excerpt from Raven’s Peak by Lincoln Cole.

One comment on “Halloween Haunts: Never a Night Off by Lincoln Cole”