Halloween Haunts: Where Have All The Children Gone? by Kenneth W. Cain 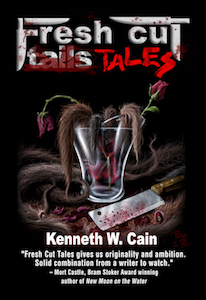 This last Halloween was the first for my family in our new house. While my wife and I anxiously waited for children to show up at our door in search of treats, not a single one appeared. I guess I shouldn’t be surprised, as we live atop a steep hill without any sidewalks. We’re also close to a community that provides far easier means of obtaining candy. As such, we aren’t expecting any kids this year, either. That’s a gloomy premonition, as we both find ourselves missing the costumed children, the excitement of the holiday, and the joy it provided us as youngsters long ago.

I’m left to ponder my childhood, wondering if I’d brave a hill such as ours. But I know the answer right away. Of course I would, having ascended a similar hill many times as a child. However, that was a different time, in another place, prior to the terror of 9/11, when mass shootings weren’t a regular occurrence. Before fear hardened our society, crippling many of us, and defining our lives much like the current trending young adult books and movies.

Boot up Halloween version 2.0 where a night that once captured young minds in a way no other holiday could has been stripped down to the basics. We children that came before the millennials (and perhaps the first half of that group, as well) were possibly the last to experience the holiday at its very best. Long before fear and anger and everything else took hold, strangling all that was wholesome out of the night.

Before moving to this new house, we lived in a development. The local fire department and police made frequent rounds throughout our community from 6:00 to 8:00 on Halloween night to ensure the children remained safe. I’m certain they performed this duty for several other developments, as well, which no doubt provided safety for most of the trick-or-treaters that night. Seeing this put me at ease, as it provided a sense of security.

Children came in swarms. Many showed up in a low-priced Wal-Mart costume, a handful wore astonishing handcrafted costumes, but the majority of children came dressed in sports uniforms or worse yet, in plain street clothes with a little makeup on. As I held out my candy bowl, few took the two or three pieces as I requested, but many grabbed fists full of candy and ran away before I could even consider scolding them. I didn’t really mind, though it surprised me, having been raised with better manners. 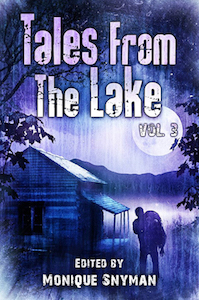 What shocked me most was the sudden appearance of church fliers in place of candy, people trying to take advantage of children and avoid the guidance (or interference) of their parents. Don’t get me wrong, this isn’t meant as a slight against organized religion. However, I do think it inappropriate to attempt to bypass parents’ wishes by blindsiding their children with personal beliefs. I’ve never felt the need to force my beliefs on anyone, including my children, so it struck me as offensive.

There were things I liked about Halloween in that community. A dense fog moved through the town on our first Halloween there. The police cruiser lights shone upon the haze like mystical ghosts. A neighbor played bagpipes throughout most of the two-hour event, which amazed me. Sadly, as the community grew apart, future renditions of the holiday paled in comparison. A lone resident did his best to keep the spirit alive, creating a homemade haunted house for the children year after year. Despite his every effort the festive mood declined drastically.

My experiences as of late have forced me to look back at my own youth with affection. What mystified me more than anything growing up in the suburbs of Chicago during the seventies was how special Halloween night could be. I had a rough childhood, as I was often bullied. As a result, I learned to fight early on, encouraged by a grade school principal that turned a classroom into a makeshift boxing ring. A mere stone’s throw from my house, we children duked it out under his supervision, affecting each of us in our own way. But all fences were mended during that one special night in October. On that night we were allowed to become someone else, and were rewarded for our effort with candy. 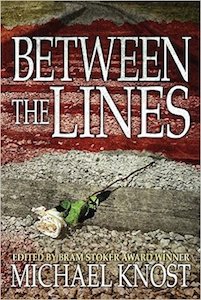 Kids these days are barraged with digital devices, programs, and social media. They’re subjected to a different sort of bullying, one where negative online behavior is praised. From the time they’re born we teach them to use these electronics, so they can pretend to be anyone or anything they want whenever they want. The reward comes in the form of a very different sort of popularity.

Their virtual world is far more realistic to them than it is to us, as they seek out an understanding of themselves through communication with the entire world. The better they are at a game, the more they are accepted. It can be exasperating, yet it has changed the psychology of our entire civilization, and as a result our values and how we treat one another seem to have declined, as well. 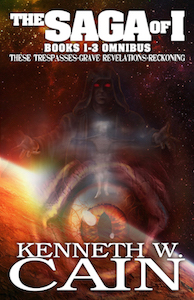 I recall one Halloween in particular where I joined up with two other kids I’d bloodied fists with on multiple occasions. Friendships were born on that night, one where ghosts, goblins, ghouls, rock stars, and cowboys alike all shared a common goal. It was a different world back then, when the holiday teased with excitement, and we children walked fearless through the darkened streets, feeling impenetrable for a short while in a world that proved anything but safe (serial killer John Wayne Gacy lived a mere three miles or so away).

Back then we used pillowcases instead of plastic pumpkins to hold our candy, slinging them over our shoulder when they grew too heavy. Many of us handcrafted our costumes, sometimes spending weeks on a simple design. We took pride in the creature or character we portrayed, though our parents budgets were often reflected in our efforts. On that special night when I still hadn’t become a teen, there was so much more for my young eyes to behold.

The older kids, teenagers and even some out of school, gathered around the creek that ran through the grade school park. The typically dry creek served as a runoff for rainwaters (a feature that has frequented my fiction). After a long week of rain, the water ran wild through the trench, olive in color, flowing and splashing against the three large tunnels at the other end of the park, where the water pooled and began to flood the area. We had the park to ourselves, a night ruled by children of all ages, trying to scare one another rather than fight.

Most of the older kids wore costumes far more sophisticated than ours. They’d crafted the finest creatures, the most sinister villains, and the scariest clowns. They danced along the stream like demons in the night, lighting bottle rockets. The police rarely patrolled our streets, let alone on Halloween night, and so we celebrated uninterrupted.

I remember looking into the Starchild’s face, seeing his blackened star-shaped eye and the white makeup face, and feeling somewhat jealous of his homemade KISS costume. A week earlier we’d battled in nearly the same spot we stood then, him kicking me in the face with his boot, and me using that boot to bloody his nose. I wore a ragged blanket tucked into my collar, my hair slicked back with my dad’s hair grease. Fake blood dripped from the corners of my mouth full of plastic fangs, making it difficult to breathe.

The Starchild grinned the sort of smile one does when life feels right. When no one needs to boast, quarrel, or degrade. He didn’t see my costume as being lesser. He saw the vampire, the grungy real bloodsucker I’d done my best to recreate. And with us, several other kids swarmed the park, all searching not for candy, but for fallen fireworks in hopes of happening upon a dud and being able to replicate the behavior of the older kids.

We never found anything more than the burnt out husk of a bottle rocket. Well, that isn’t true. One of the kid’s bags had split, and many of us seized the fallen booty for our own. For a long while I roamed the park among members of KISS, a ghost, some malformed version of Frankenstein’s monster, and others. Fireworks exploded overhead, and we played games. Afterward, we stayed out until 10:30pm filling our bags. No one turned us away. Everyone gave us candy. Somehow we survived it all, unaccompanied by parents and without a single flashlight. The moment remains etched in my memory like a name on a cold cemetery tombstone.

Often, I find myself dreaming of a day when kids can be that free again. Though I know it isn’t realistic, I wonder if permitted to act like children again, they might they somehow grow into more responsible adults. Instead, they’re victims of a society where they’re told what to dread. Even the freest of them are prisoners to a world where fear rules all, and I worry their wounds may never heal properly.

This Halloween, while I’m sitting here waiting for the doorbell to ring, I’ll be wondering this most of all: Where have all the children gone?

TODAY’S GIVEAWAY: Ken is giving away a signed print copy of his novella Jade. Comment below or email membership@horror.org with the subject title HH Contest Entry for a chance to win.

Kenneth W. Cain is the author of the Saga of I trilogy, United States of The Dead, acclaimed short story collections These Old Tales and Fresh Cut Tales, and the forthcoming collection Embers. He lives with his wife and children in Eastern Pennsylvania. Find out more at kennethwcain.com. You can read Jade for FREE by signing up for Ken’s newsletter HERE

An Excerpt from Jade by Kenneth W. Cain:

Earth’s last hope against the undead

Jade felt the light brush of his fingers again and her eyes sprung open. His eyes glimmered down upon her. She was caught in the moment, seeing the stars twinkling beyond his shadowed face. She longed to kiss him and felt very near to doing so. He went to speak, but this time she hushed him, fearful of what she’d seen.

She held a finger to his lips and waited. They froze, unwilling to engage in any movement or speech. When whatever Jade believed she’d seen had passed, she pointed to the edge of the water tower. They crawled with care and deliberation. Upon reaching their destination, they peered down over the edge and observed.

In the distance, half a dozen zombies chased an unsuspecting human. Jade’s eyes wavered, knowing this person’s fate didn’t bode well. She wanted to warn this man by screaming, and her eyes found Trent’s equally troubled eyes in desperation. Before she could decide what to do, the zombies were upon the man.

Three of them grabbed the man and pulled him down. His face flushed upon seeing the stark white figure as he flailed about on the ground like a fish out of water. The vampire Jade had seen went to his rescue.

One comment on “Halloween Haunts: Where Have All The Children Gone? by Kenneth W. Cain”