Jerad Walters and Centipede Press received the 2012 Specialty Press of the Year Award.

1. How would you describe Centipede Press?
A small press dedicated to quality publishing, with superior design, in a variety of genres.

2. Tell us about what inspired you to become a publisher.
This is all I have ever wanted to do. A long time ago, back in grade school, I thought I wanted to be a writer. But I never wrote. What I did was put together packages of writings and present them in a nice way.

3. What most attracts you to dark fiction?
More than anything else, the experience of the sublime and ineffable.

4. Tell us about Centipede Press’s publishing program? What new projects are in the works?
A new series called “Library of Weird Fiction” is very exciting. It is like the Library of America except for authors of weird fiction in small, easy to read, affordable volumes. There are always a ton of projects in the works.

5. What advice would you share with new horror writers? What do you think are the biggest challenges they face?
Originality and trying to get a sense of timelessness. It is important to have characters that do not read other horror novels, or are named after other authors, or who hum popular songs, or who are reading major books by major writers. All of this name dropping and title dropping serves to totally throw the reader, or at least me, out of the world of the story and remind me that I am reading something by a self-conscious author. 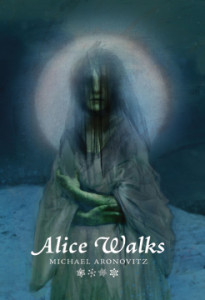 6. Name three of your favorite horror stories.
I am afraid that I am hopelessly old school here. “The Rats in the Walls” by H.P. Lovecraft. We Have Always Lived in the Castle by Shirley Jackson. “The Jar” by Ray Bradbury. “In the Bag” and “The Chimney” by Ramsey Campbell. “The Autopsy” by Michael Shea. “The Lawnmower Man” by Stephen King. “The Upper Berth” by F. Marion Crawford. “The Dream of Akinosuke” by Lafcadio Hearn. “The Colossus of Ylourgne” by Clark Ashton Smith. “Your Tiny Hand is Frozen” by Robert Aickman. “The Comforts of Home” by Flannery O’Connor. These all come to mind.

7. What’s your favorite Halloween memory or tradition?
Kevin Butler throwing his candy up in the air as a game of “500” the day after Halloween. That was fun.