“Why Fear?” By Lisa Lane

I was only twelve at the time, but I remember thinking that haunted house in The Enchanted Forest, a theme park our family happened upon during a family vacation, was the most terrifying experience I could encounter. The walk-through building had actors popping out at every turn, haunting audio-visual effects, and a final room that required its visitors to find an escape door in pitch darkness. The level of fear had bled from fun to uncomfortable, leaving me feeling unsettled but safe. I never expected the real terror that lay just ahead.

A bridge overlooked a massive slide, and I stopped along with the family to watch a few people speed down the two-story-tall attraction. I suppose my parents had assumed I’d seen them walk off to the other side of the bridge, but instead they left me standing alone. A tall man came up behind me, grabbed me in a bear hug, and said, “C’mon, you want to go on the slide, don’t you?” while he tried to drag me off.

I think about those two different kinds of fears I’d experienced that day, what felt different and what felt the same, and the one real intersection was the panic that came in the moment: pulse rising, chest going heavy, breaths falling shallow, fight-or-flight kicking in. Whereas the haunted house left me troubled but relieved, the attempted kidnapping had me fixated and hypervigilant. The “what ifs” flooded in: What if muscle memory hadn’t kicked in? What if he’d drugged me? What would have become of me? Even now, the possibilities disturb me.

Reflecting on all that fear, I’ve come to the conclusion that we crave horror in literature and film (or, say, a haunted house) the same way sports fans might crave watching the next big game. Instead of practice war, it’s practice fear. It’s a way of feeling the discomfort of fear-induced panic in a relatively safe environment, in a place where we might calm ourselves almost immediately after the scare. It’s a taste of the fight-or-flight response, practice anxiety we impose upon ourselves to prep our bodies for any actual potential danger. Maybe my love of Stephen King had nothing to do with my automatic response; maybe it was all the karate. I do know my threshold for fictitious fears had been rather high for a person my age. I think one of the reasons I write horror is to raise that threshold well beyond the page, even now as an adult.

We all enjoy yelling at the screen when the bimbo runs up the staircase; what we aren’t usually cognizant of at the time is that we’re strategizing, adding new “do nots” to our own personal crisis lists. Of course, there’s more to horror than surviving vicariously through dim-witted blondes, if you’ll forgive the cliché. Good horror has depth, a story to tell. Whether it sticks with you because of the memorable events or lingering thoughts, it works a part of our psyche that does need some polishing from time to time. You never know when some crazy jerk might come up behind you, grab you in a bear hug, and attempt to drag you off. 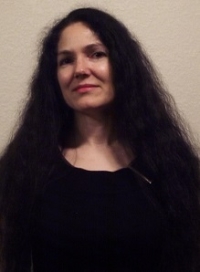 Bio: Lisa Lane has been writing dark sci-fi and horror for over twenty-five years. Although most of her works carry elements of dystopian and psychological horror, she’s not averse to delving into the gritty and the extreme. For more about her and her works, visit her website or Amazon author page.