The Horror Writers Association (HWA) is pleased to announce the following recipients of the 2020 HWA Diversity Grants: 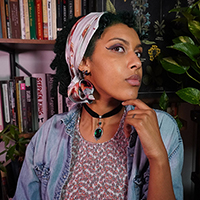 Jacqueline Dyre (they/them) is the editor and publisher of Novel Noctule. You can find them in the sunshine state, drinking poorly-made coffee and consuming psychological horror in lieu of meals.

Oghenechovwe Donald Ekpeki (he/him) is a Nigerian speculative fiction writer, slush reader and editor. He has been awarded an honourable mention in the L Ron Hubbard’s Writers of the Future Contest, twice, and won the Nommo award for best short story by an African with his short story “The Witching Hour.”

He has been published in the Selene Quarterly, Strange Horizons, Tor, Omenana Magazine and other venues, and has works forthcoming in several anthologies and magazines. He has co-edited several publications, including the Dominion Anthology (2020), the Best of African Speculative Fiction Anthology and the Bridging Worlds non-fiction anthology, forthcoming in 2021. He is a first reader in The Magazine of Fantasy and Science Fiction, and a member of the African Speculative Fiction Society, Horror Writers Association, Codex, BSFA, BFA, and the SFWA. 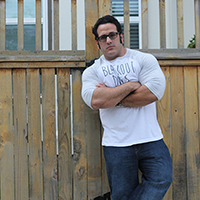 Gabino Iglesias (he/him) is a writer, editor, professor, and book critic living in Austin, TX. He is the author of Zero Saints and Coyote Songs and the editor of Both Sides. His work has been nominated to the Bram Stoker and Locus awards and won the Wonderland Book Award for Best Novel. His nonfiction has appeared in the New York Times and the Los Angeles Times.

His fiction has been published in five languages and optioned for film. His reviews appear in places like NPR, Publishers Weekly, the San Francisco Chronicle, Criminal Element, Mystery Tribune, Vol. 1 Brooklyn, the Los Angeles Review of Books, and other venues. He’s been a juror for the Shirley Jackson Awards twice and has judged the PANK Big Book Contest, the Splatterpunk Awards, the horror category of the British Fantasy Awards, and the Newfound Prose Prize. He teaches creative writing at Southern New Hampshire University’s online MFA program and runs a series of low-cost online writing workshops. You can find him on Twitter at @Gabino_Iglesias. 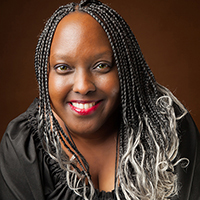 Nicole Givens Kurtz (she/her) is an author, editor, and educator. She’s a member of Horror Writers Association, Sisters in Crime, and Science Fiction Writers of America. She’s the editor of the groundbreaking Slay: Stories of the Vampire Noire. She’s written for White Wolf, Bram Stoker Finalist in Horror Anthology: Sycorax’s Daughters, and Serial Box’s The Vela: Salvation series. Nicole has over 40 short stories published as well as 11 novels and three active speculative mystery series. You can support her work via Patreon and find more about her at http://www.nicolegivenskurtz.net. 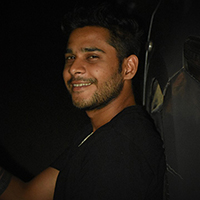 His first book The Psychopath, The Cannibal, The Lover was India’s first splatterpunk novel. It was released in July 2020 and has since remained on multiple bestselling charts, scaling its way up to be Amazon India’s highest-rated Horror Thriller with 175+ ratings.

He is currently working on his second novel, trying to amalgamate Horror, Crime, Thriller, and Social Satire. You can often find him writing fiction at a bar counter, appreciating Independent Pop music gigs, and holding screenings of all sub-genres of horror/thrillers. However, nobody knows why he adamantly screens Purani Haveli so often. Email him at tejaswi.priyadarshi@gmail.com if you want to discuss anything under the sun; “How to Prep for a Zombie Apocalypse” is his favorite topic, because, what if! 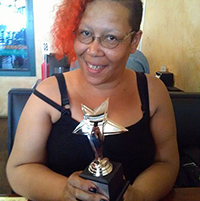 Sumiko Saulson (they/them) is an award-winning author of Afrosurrealist and multicultural sci-fi and horror. Ze is the editor of the anthologies and collections Black Magic Women, Scry of Lust, Black Celebration, and Wickedly Abled. Ze is the winner of the 2016 HWA StokerCon “Scholarship from Hell”, 2017 BCC Voice “Reframing the Other” contest, and 2018 AWW “Afrosurrealist Writer Award.”

The Horror Writers Association (HWA) believes barriers—often unseen but very real—exist which limit the amount of horror fiction being published by diverse voices. The goal of these Grants is to help remove some of the barriers and let those voices be heard.