Mary Rajotte has a penchant for penning nightmarish tales. She has been published in Shroud Magazine, and in works from Library of Horror Press, Shroud Publishing, and the Great Lakes Horror Company. A forthcoming story will be published in Black Buttons Vol. 3 from Magnificent Cowlick Media. When Mary isn’t writing, you can find her standing on her tiptoes at loud concerts, whipping up tasty baked goods in the kitchen or conjuring ideas by the light of the moon. She is an Affiliate Member of the Ontario Chapter of HWA and part of the horror author collective The Midnight Society. She lives in Toronto, Canada with her fiancé. Mary welcomes connections via her website http://www.maryrajotte.com

Tiffany Liang is a student of the Stonecoast MFA program of creative writing.

She grew up listening to Taiwanese superstitions and ghost stories. She spent a few years in Hong Kong teaching and collecting local urban legends during her free time. Her work has been published in the Long River Review.

She is currently working on a dark fantasy novel based on figures from Chinese mythology. 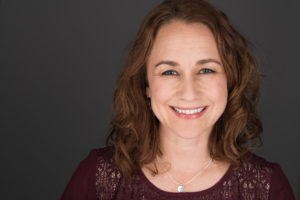 Ingrid L. Taylor is a veterinarian who splits her time between caring for animals and writing dark poetry and fiction. She lives in Las Vegas with her Newfoundland dog, Winston, and her black cat, Olive. She is a member of the Horror Writers Association. Her fiction has appeared Dies Infaustus, Legs of Tumbleweed, Wings of Lace: An Anthology of Literature by Nevada Women, Gaia: Shadow and Breath, vol.3, Red Rock Review, and others. She is the recipient of a 2018 Playa Artist Residency. She is currently completing a collection of dark poetry and a science fiction novel set in the Southwestern United States. 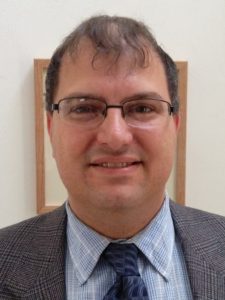 Bill Camp was born and raised in Erie, Pennsylvania, and now lives in Suffolk, Virginia. Last October he made his debut presentation on the horror genre at Monster Fest 2017 where he presented a paper on Ed Wood’s climb from cult horror movie icon to literally having his own religion. His fiction writing credits include a Hitchcockian suspense / dark comedy titled “An Unlucky Day” in Page and Spine, a science fiction paranormal romance short story titled “Paranormal Experiment” in parAbnormal Digest, a literary short story titled “The Bar Scene” in Teach. Write., and a poem titled “Cats” in New Author’s Journal. He has another poem titled “Journey to College” scheduled for release in the fall issue of Teach. Write. He also placed in a one-act playwriting contest with the Green Theater Company with his comedy Diamonds Are For-Never. He holds a Master’s degree in English education from Old Dominion University, a Master’s of Education in educational psychology and a Bachelor’s degree in English writing both from Edinboro University of Pennsylvania. He currently teaches college composition courses at Paul D Camp Community College and Norfolk State University. He is a lifelong horror movie fan, from hosted horror movie shows when he was younger to reading horror literature like H.P. Lovecraft today. His enthusiasm for the horror genre can be found on the Facebook group he created and runs titled “Classic Camp’s Classic Horror Emporium.” https://www.facebook.com/groups/286596871372926/
He also writes a Blog at https://classiccamp.blogspot.com/ 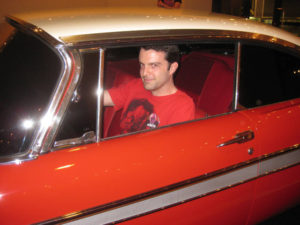 Joseph Maddrey is the author of eight books, including Nightmares in Red, White and Blue; The Making of T.S. Eliot; Not Bad for a Human: The Life and Films of Lance Henriksen;and the Dark Horse graphic novel To Hell You Ride. He has written and produced more than fifty hours of documentary television, emphasizing true crime and paranormal studies. He lives in Studio City, California, with his wife and daughter.