Halloween Haunts 2013: Halloween is Every Day by Johnny Worthen

that they’re dealing with someone who is over the brink

and I dress this way

just to keep them at bay

cos halloween is everyday

Ministry, “Every Day is Halloween”

What is it that makes Halloween unique among the other holidays? Well for one, it’s the last unrepentant pagan holiday still observed. But it’s also an affirmation, if not a celebration, of the unseen world and its effects on us.

Cynical modern western culture allows itself this one day to imagine a universe of devils and demons, ghosts, angels and spirits. Putting aside the naughty-nurses and superheroes we’re likely to see at the better parties, Halloween is traditionally a night for the unseen to have sway in the material world.

But to those following an occult world view, every day is Halloween.

Though we live in the computer age, religion is alive and well today. I’m talking not just the Abrahamic faiths: Christianity, Judaism and Islam. There are many religions still going strong. Some are old, some are new. Some are big and loud, some are small and secretive – but all have spirits.

There is a branch of religion alive today whose ancestors were burned at the stake in past centuries. I’m talking of course about occultists. Not “cultist” but “occultist” a title meant to convey hidden and secret knowledge not blind obedience to a leader. (There are enough of those, already — amirite?)

Occultists and the occult world view – or “magickal world view” as it’s sometimes called adhere to the idea that there are always unseen agents around us. Call them what you might, spirits, demons, angels or gnomes, they have a function in the workings of the universe as do we and every microbe and galaxy. Sometimes, those agents can be communicated with. Sometimes they can be taught tricks. Sometimes they get out of control.

The tenets of unseen agents and their interaction with mankind have roots in every culture. Some faiths embrace it and work with them, like Druids, Shamans and Witches. Others fear these agents and shun them but have nonetheless noted their existence. There are ancient traditions of possession and devil mischief, ghosts and angels in all cultures.

But we’re better now. Right? We don’t believe in ghosts and devils any more than we believe in Santa Claus and the Easter Bunny. We don’t, do we? We don’t think about it probably. Not usually. Well, maybe once a year, at Halloween. Maybe then the rational mind will take a moment and consider the possibility of wayward spirits, angry ghosts and monsters beyond our reasoning. Just that day. Just that one day. Halloween.

But to those with an occult mindset, every day is Halloween. 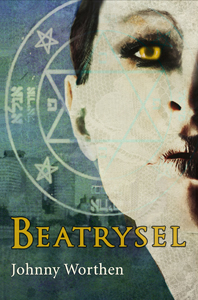 JOHNNY WORTHEN is a lifetime student of the occult and supernatural. Raised in a secluded suburb of Salt Lake City, he gravitated to the more obscure paths of spiritual knowledge. He is a Freemason, twice Past Master of his Lodge, youngest ever at the time.

Johnny received a Bachelor’s Degree in English with a Latin minor before earning a Master’s Degree in American Studies from the University of Utah. He lived a year in Denmark and a decade in Oregon until the rain drove him back to the dry high deserts of Utah.

He married his junior-prom date and together they have two sons. After many varied and interesting careers, Johnny writes full time now.

His debut novel, Beatrysel, is available now on Amazon, published by Omnium Gatherum.

Read an excerpt from Beatrysel by Johnny Worthen:

There were plenty of entities out there wanting to be summoned. He learned their forgotten names using a variety of methods from mirror gazing to drug enlightenment. He learned their music, wrote the score and recorded the glyphs into formal ritual. But then, he got greedy.

Julian wanted love. He wanted it for his sister, and his friends, but mostly he wanted it for himself. He found no spirit pure enough to suffice. He dabbled in sorcery, touched the Enochian angels, studied dark organic magicks and necromancy. These he folded into what he had gleaned from the grimoires and the journals of a thousand lost mages. He wrapped it all in elements from The Golden Dawn, the degrees of Freemasonry, the rites of Mithra, Isis, and Baal. In the end, he created a new magical language where he could accurately speak his will.

Beatrysel, the beautiful one, was love. She was all he knew of love. From his earliest feelings of comfort with his sister at Christmas, to the sexual ecstasy he’d felt with Tracy on vacation. He spooned in every feeling, every memory, every imagining of what love is and should be.

4 comments on “Halloween Haunts 2013: Halloween is Every Day by Johnny Worthen”