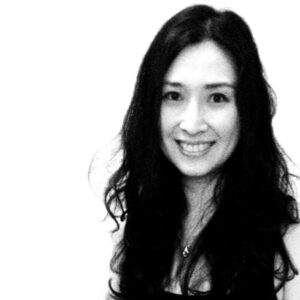 Her poetry, fiction, essays, and art have appeared in numerous venues worldwide, including Fantastic Stories of the Imagination, Interstellar Flight Magazine, Penumbric, Southwest Review, and The Washington Post.

It feels like I’ve always been writing. I always had a pen and paper on me and remember myself at age 5 or 6 writing poems and stories in notebooks. As a teen, I wrote horror novellas in class and passed them around. As an adult, I write to document my life, events I observe around me, and give a voice to those who have none.

I was born into that era—the 80s. Horror was everywhere back then, in books, on TV. My older brother was a big fan and I spent much of my childhood watching B-grade horror movies on TV.

Growing up, there was a lot of fear.

Of headhunters chopping off children’s heads as documented in my TORTURED WILLOWS poem “Headhunters”, of red-eyed ghosts behind doors, of doing badly in school, of getting bullied.

Horror helped me challenge those fears by showing me how much worse it could get.

Yes, I do. It’s natural for me to include female characters in my writing because our voices have been quelled for so long. And very often, it is my voice or the voice of a woman I know.

When I was growing up in the 70s and 80s, men were always the heroes in movies and TV shows. Women were usually just “ornamental vases”, as we call it here.

But then TV shows like Wonder Woman, Bionic Woman, and Isis gave me a first glimpse of how women can also be powerful and save the world.

Attitudes have shifted more over the decades, yet Gal Gadot’s Wonder Woman was the first character in the movies to make me feel truly empowered.

Every other woman I watched as an adult got quashed for being strong, Daenerys Targaryen in Game of Thrones being the most painful example.

In my writing, I portray women as strong and brave with powerful voices, as human beings with volition, feelings, and rights. I write them surviving whatever horrors they endure. Sometimes they save the world, too.

That there are worse things than death. That writing horror can be cathartic in a world where monsters do exist.

Horror has become very much more diverse, and we are all the better for it because now, we have so many more stories to read.

Reading the writing of diverse writers offers us a glimpse into other cultures and histories. They made me realize how similar yet different we are.

I think diversity will bring us together as a community and our shared stories will become our stories, Earth’s stories.

Women are better represented now with more women writers writing about us. A greater authenticity of women’s perspectives.

I hope this will mean that one day, we will be universally seen as humans with agency, feelings, and rights, not merely as objects and property.

Ellen Ripley, who survived on sheer courage and grit. She had no military training yet evaded and killed Xenomorphs, saving the day, the cat, and the child. There is no other.

I have been a longtime fan and admirer of Marge Simon and Linda Addison. In recent years, I’ve loved the work of Cindy O’Quinn, Lee Murray, Elizabeth Massie, and the late Lisa Mannetti.

Write what you feel. When your heart is in it, your writing will flow.