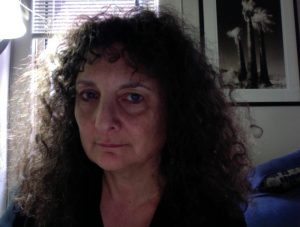 February is Women in Horror Month! The HWA is celebrating by posting interviews with award-winning authors and editors. Following is an interview with Ellen Datlow, who has won the Bram Stoker award multiple times for anthologies including: The Year’s Best Fantasy & Horror, 13th Annual Collection with Terri Windling (2000); The Year’s Best Fantasy and Horror, 17th Annual Collection with Kelly Link and Gavin J. Grant (2004); Haunted Legends with Nick Mamatas (2010); and Fearful Symmetries (2014). She also won the Lifetime Achievement Award (2010).

ED: I’ve won twice for original anthologies: Haunted Legends (with Nick Mamatas) and Fearful Symmetries and twice for The Year’s Best Fantasy and Horror (one of those with Terri Windling and one with Gavin J. Grant and Kelly Link).

As an editor I’ve been inspired by three people:

Maxwell Perkins, the mainstream editor of F. Scott Fitzgerald, Ernest Hemingway, and other American greats. He inspired me by his relationships with his authors-his nurturing and pushing them to create their best work.

Judith Merril, the great sf/f editor (and writer) inspired me by being generous in her definition of science fiction and her perspicacity in embracing mainstream writers works of the fantastic in her Year’s Best Science Fiction reprint series.

Harlan Ellison (also, a brilliant writer) for his two seminal anthologies Dangerous Visions and Again, Dangerous Visions. They broke boundaries, they smashed taboos and many of the stories in those books have become classics.

ED: I’m always surprised when I win an award and always happy to do so.

ED: I think women horror writers have made great strides in the past ten years. When I first started editing the horror half of the YBFH I rarely took more than four stories written by women. That’s changed dramatically, which means there are more women writing horror.

I only edit short fiction, so that is all I have an opinion on. I think there are more professional venues both online and in print-and so many of these venues publish at least some horror, that it’s opened the door to newer writers. Many of these new writers are women.

As an editor (first as Fiction editor of OMNI Magazine for seventeen years) I’ve always had a lot of power because the magazines/websites I’ve worked for have always paid writers well. While at OMNI I received a few nasty responses from men to the personal rejection letters I wrote to them. All three swore they’d never send me stories again. Within five years each had and none of them every apologized. Would they have written such letters to male editors? I doubt it.

ED: The same as to men. Keep writing, keep submitting, keep your ears open, go to panels at conventions if you can, don’t give up. And something I tell all writing students (I occasionally teach workshops): Cannibalize cannibalize cannibalize-by that I mean never throw anything away. Even failed stories can produce bits and pieces that will work for another piece of fiction in the future.

ED: Black Feathers is just out –it’s a horror anthology on the theme of birds. All but two of the stories are new. It’s published by Pegasus and has a gorgeous cover by Rovina Cai.

Mad Hatters and March Hares is an all original anthology of stories inspired by Alice’s Adventures in Wonderland and Through the Looking Glass and What Alice Found There. The book will be out in the fall from Tor.

Hallows’ Eve co-edited by me and Lisa Morton, an HWA Halloween anthology coming out in the fall from Blumhouse Books/Anchor.

The Best Horror of the Year Volume Nine out this summer from Night Shade.