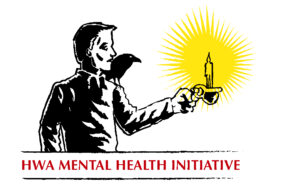 An interview with L.E Daniels

This month on Holistic Horrors, the Wellness Committee is pleased to welcome author-editor L.E. Daniels (Lauren Elise) to talk about her novel Serpent’s Wake: A Tale for the Bitten, a beautiful and powerful novel which addresses themes of mental illness and recovery.

A Rhode Islander living in Australia, Lauren Elise Daniels earned her MFA in Creative Writing with Emerson College in the 1990s. Her novel, Serpent’s Wake: A Tale for the Bitten was published in 2018. With Geneve Flynn, she co-edited Aiki Flinthart’s legacy anthology, Relics, Wrecks and Ruins, winning the 2021 Aurealis Award. With Christa Carmen, she co-edited the anthology, We are Providence (Weird House Press) which features her short story, “Spectacle Cove.”

For poetry, Lauren published “Night Terrors” with the HWA Wellness Committee’s Of Horror and Hope and in 2023, her poems “Tarantella” and “Unclean Break” will appear in Under Her Eye (Black Spot Books) and in Dastardly Damsels respectively.

The back cover copy for Serpent’s Wake: A Tale for the Bitten reads:

After twelve years trapped in the throat of a serpent, a girl escapes. She returns to her village naked with a monstrous snakeskin trailing behind her. One decision at a time, she reclaims her life. Each character she encounters by land and sea—brute, healer, orphan, mystic, lover—reflects an unhealed aspect of herself and plots her recovery through symbolic milestones.

One Amazon reviewer, Dor, offered:
…an incredible book…a tale of the human spirit as it struggles to find its way to wholeness… a journey into the heart. The wisdom and creativity of the author leads us, with powerful imagery, from the darkness of trauma, to possibility, to glimmers of light, to hope, to love, to freedom. I laughed, I cried, as my own story was called forth. I love this book and will read it again and again. It is truly a gift of love.

Meanwhile, acclaimed New Zealand high fantasy author Juliet Marillier says, “it’s also a story of trauma and the long road to recovery and healing. The protagonist’s journey will ring true for anyone who has experienced something similar.”

What made you want to write a book that tackles the delicate subject of mental health, mental illness, and trauma recovery?

Like so many of us, I was driven by experience. I’ve been working with post-traumatic stress disorder since childhood, from sustained, repeated violence and sexual assault. A stutter further isolated me, but it also instilled a profound respect for words and stories.

By my late twenties, I noticed the patterns connecting those of us who know trauma. I’d worked in a homeless shelter and nursing home, met those who had served in the military, spoken with people who had survived sexually or racially motivated violence, and there were milestones that linked us. That continuity is both the motivation and the spine of Serpent’s Wake.

The novel can be seen as allegory and fairy tale, both of which often include an underlying moral or lesson for readers. Did you purposefully set out to incorporate a message about mental illness and recovery or did the theme evolve in the writing?

The idea took root in the late eighties when I was still a psych major. A professor mentioned Marie-Louise von Franz and her studies of fairy tales as a way for children to confront submerged fears of rejection and abandonment. She left me wondering about the power of reaching the unconscious inner child of a wounded adult—an invitation that lingered for decades.

I had an infant son when I drafted the short story version of Serpent’s Wake, when I found myself within the liminal space of parenthood. Writing that draft was a way to understand how I’d managed to reclaim my life while attempting to nurture another.

What is it about speculative and horror that makes these genres important for addressing issues of mental illness and trauma?

Freedom. We can experience the freedom we were denied when we’ve felt powerless, othered, or broken. Horror and speculative fiction allow us to make outrageous sense of anything. We can speak metaphorically, lace our most intimate experiences with motif, craft a world we can break and rebuild—and we can do it all shamelessly.

Mark Matthews sums it up beautifully in the introduction of Orphans of Bliss: Tales of Addiction Horror with “Our hearts are so fragile, the horrors we have to navigate are very real, and the genre understands that. It doesn’t flinch from telling our story, and when it rings true, we can’t help but listen and learn about our journey.”

As we writers carve transformations into stories, we are also transformed by their telling.

How did you approach issues of prejudice and stigmatism in the story?

As a witness, or the story would be tinny. The experiences that terrified and objectified me ultimately became a kind of slow-ripening gift, and now in my fifties, I’m grateful both to have survived and for the insight.

Readers know when storytellers write honestly and won’t miss the message that we’re all in this together. Vince A. Liaguno and Rena Mason nailed it in Other Terrors: An Inclusive Anthology, with there’s “a tectonic shift in the concept of otherness in horror… These shades and variations of otherness challenge readers to expand their minds, to consider that the call is indeed coming from inside the house.”

This is our house. When we work within that perspective, our storytelling grows quite potent.

Key characters aren’t named. Instead, they are referred to as the girl, the captain, the doctor. Can you explain this decision?

Stories are mirrors as we project our interpretations upon them, and Serpent’s Wake is quite direct with that invitation. While there is a traceable route in the novel, the geography and ethnicities are blurred with the hope readers would fill in the gaps so the story might return something more personal. This choice was also directly linked to trauma.

When we endure trauma, we fracture. Pieces of ourselves, like our sense of wonder, can be buried. Others, like a desire to be in control might blow out of proportion to compensate for the wounding. The mission, as I understand it, is integration—to call our fragments back together, even if they’re different and we’re different, when they return.

If characters we encounter in the stories affect us deeply—maybe they point to our many hidden selves, even some we thought we lost. We are the monster and the child; the trickster, antagonist, lover, even the ship itself that breaks down after weathering a storm—while the goal, all the while, is to call the pieces home.

Why break the work into five parts? Are these the symbolic milestones the reviewer (above) mentioned?

The story structure was tricky because the post-traumatic experience is repetitive and circular with those “Here we go again,” and “I thought we fixed this” moments. For the sake of the narrative arc, I leaned into a linear form to explore the transformation I saw in those who refused to shrink but expanded through their trauma.

The initial layout of three acts just turned out to be too neat. There were key breaks and transitions that wouldn’t budge, so the story landed on five.

What research did you undertake in the course of this novel?

The most exciting bit of research was enrolling into a venomous snake handling class with Martin Fingland, a champion of Australian reptiles. For the final exam, I watched my eleven classmates hook and bag three species of venomous snakes first, then went last. Pro tip: the snakes are extremely angry with the last person to bag them, but I got my certificate and wasn’t driven to the hospital.

For the nautical side, I grew up around boats, but contacted an old friend who is now a merchant marine and grilled him on Panama and Suez Canal crossings for juicy details. I also watched a ton of Mighty Ships.

Are there any books on this theme that we should be adding to our must-read list?

Are there ever! Any writers interested in dark fairy tales should take courses with Carina Bissett. She’ll stock your library. A few more are…

The manuscript for Serpent’s Wake, your debut novel, shortlisted in the international Half the World Global Literati Award 2016, ranking 4th in the top 40 for the People’s Choice Award. An incredible achievement. Do you think readers are hungry for books and stories offering fresh perspectives on mental illness and recovery? And, without dropping any spoilers about Serpent’s Wake, in your view, does the ending have to be happy?

Thank you. That one-time competition announced the winners in Harper’s Bazaar and I was thrilled to list.

I think our hunger for fresh perspectives on mental health is ancient. Aristotle used the term catharsis in Poetics—where writer and audiences exorcise societal demons in literary forms in ways we otherwise wouldn’t have the language to confront. We writers have all the tools to articulate the scorned, objectified, and disenfranchised—in the world and within ourselves—into approachable ways.

And in no way does an ending have to be happy—just satisfying. It’s a rush when the hero is crushed by monsters that are symbolic of the very forces we face so we can experience the gravity of our innermost battles, in tight focus, for a moment. In a story, withholding justice can be as potent as its delivery, because we feel that fire surge within. When a character sacrifices everything or suffers a fate worse than death, maybe it spotlights our suffering through symbolic language that we can comprehend more clearly from a safe distance.

A tragic, gut-wrenching ending may be exactly what we need, just before we hit the lights.

Thank you so much for this invitation. The HWA’s Mental Health Initiative quietly reaches its members all over the world, reassuring us that we’re not alone. Your efforts are deeply appreciated.

Thank you for stopping by, Lauren.

Our HWA Mental Health Initiative Charter can be found at the following link: https://horror.org/mental-health-initiative-charter/