Thank you for joining us at the Seers’ Table for February 2017. We have some wonderful recommendations for you this month. Welcome new Diverse Works Inclusion Committee members (The committee behind The Seers’ Table) Andrew Wolter, Lauren Candia, and Michael Paul Gonzalez. 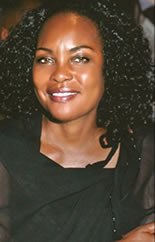 Darlene Black is Philadelphia-born, which she uses as the backdrop for her debut work, Necromancy. She is working on a second novel, Hollis Hill. 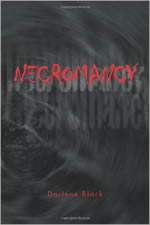 Necromancy: Mauly Basterville is a sophisticated architect, who is contemplating calling off his engagement to a beautiful woman because he fears the company she keeps. Zemoria Charnes is an old, eccentric woman who was chased out of the South because—it is believed—she was connected to an occult mass-suicide. However, Mauly suspects Zemoria coerced his fiancée to believe she could maintain her relationships with the dead. To get the facts about Zemoria and her strange dealings—with hope that his fiancée will disassociate herself—Mauly hires a “hard-nosed” South Philly investigator, Pete Perrell. And what Pete unravels is beyond belief … the final phase of Satanism … Passing the Veil. 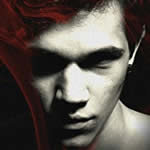 After 15 years in lifestyle journalism and public relations, Soren Summers decided it was time to stop selling other people’s stories and start telling his own. He currently resides in Southern California, where he works on an ever-expanding collection of novels about boys, bullets, and bodily fluids. 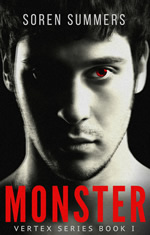 Monster (Vertex Book 1): Bloodied corridors. Mangled bodies. Deranged test subjects. Just another day at Vertex, a corporation devoted to perfecting humanity by any means necessary. It’s up to Jarod Samuels to keep the hallways pristine and safe, but scrubbing bloodstains and bagging bodies is losing its luster.

Then someone new joins his department: this man with a huge ego and an even huger mouth. Gabriel Anderson is infuriating but intriguing, as brash as he is beautiful, and almost enough to keep Jarod preoccupied. Almost.

But between workplace hazards, psychic sociopaths, and a mysterious formula that alters the human body, Jarod’s doubts are surging. Should he stay with the corporation or run like hell? This is Vertex, after all, where the walls watch with glass eyes, the laboratories groan with secrets—and employee termination ends more than just careers.

Kaaron Warren is an Australian author of horror, science fiction, and fantasy short stories and novels. She is the author of the short story collections Through Splintered Walls, The Grinding House, and Dead Sea Fruit. 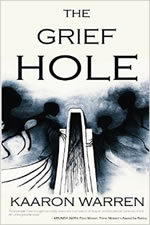 The Grief Hole: There are many grief holes. There’s the grief hole you fall into when a loved one dies. There’s another grief hole in all of us; small or large, it determines how much we want to live. And there are the places, the physical grief holes, which attract suicides to their centre. Sol Evictus, a powerful, charismatic singer, sends a young artist into The Grief Hole to capture the faces of the teenagers dying there. When she inevitably dies herself, her cousin Theresa resolves to stop this man so many love.

Theresa sees ghosts; she knows how you’ll die by the spirits haunting you. If you’ll drown, she’ll see drowned people. Most often she sees battered women, because she works to find emergency housing for abused women. She sees no ghosts around Sol Evictus, but she doesn’t let that stop her. Her passion to help, to be a saint, drives her to find a way to destroy him. 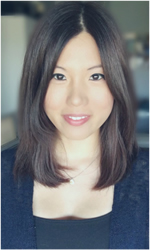 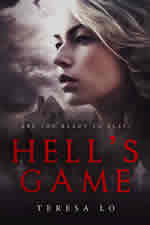 Teresa Lo is an American blogger and bestselling author. Her debut novel, Hell’s Game, was one of the top 20 young adult horror novels on Amazon in 2013; and her series, The Red Lantern Scandals, was a bestselling Asian-American literary work. She has been interviewed by leading Asian-American publications such as Hyphen Magazine and Angry Asian Man, and in 2013, she was the judge for Hyphen Magazine‘s first-ever erotica writing contest. She has been published in the Comma, Splice Literary Journal; JD Journal; Buzzfeed; Yahoo;The Hollywood Reporter; USC’s School of Cinematic Arts’ Web site; and The University Daily Kansan.

In 2010, Lo won the Grand Prize in the Script Pipeline Screenplay Contest, and she also placed two other scripts in the finals, a rare accomplishment. That same year, her drama script, The Physicist, also was a finalist for the prestigious 2010 Bluecat Screenplay Contest. Lo has one produced credit, “ANGEL’S BREAD,” which won the Silver Lei Award for Excellence in Filmmaking at the Honolulu Film Festival.

Despite uncanny resemblances to Japanese revenants, Rin Chupeco has always maintained her sense of humor. Raised in Manila, Philippines, she keeps four pets: a dog, two birds, and a husband. She’s been a technical writer and travel blogger, but now makes things up for a living. Connect with Rin at http://www.rinchupeco.com. 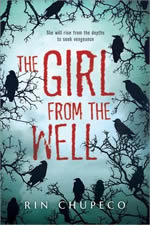 The Girl from the Well Series: Okiku is a lonely soul. She has wandered the world for centuries, freeing the spirits of the murdered-dead. Once a victim herself, she now takes the lives of killers with the vengeance they’re due. But releasing innocent ghosts from their ethereal tethers does not bring Okiku peace. Still, she drifts on.

Such is her existence, until she meets Tark. Evil writhes beneath the moody teen’s skin, trapped by a series of intricate tattoos. While his neighbors fear him, Okiku knows the boy is not a monster. Tark needs to be freed from the malevolence that clings to him. There’s just one problem: if the demon dies, so does its host. 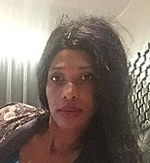 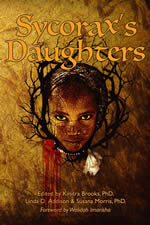 She has an interview in Artist on the Cutting Edge Magazine. Look for her work in the upcoming anthology Sycorax’s Daughter (Cedar Grove Publishing).

In her own words: “Connection through visual storytelling. Everything important in human society has to do with a story. The ones we tell ourselves and others.”

Gabino Iglesias was born somewhere, but then moved to a different place. He has worked as dog whisperer, witty communications professor, and ballerina assassin. Now he hides near a Dumpster in Austin, Texas, where he works as a freelance journalist and impersonates a Ph.D. student. His nonfiction has appeared in places like The New York Times, Z Magazine, El Nuevo Día, and others. The stuff that’s made up has been published in places like Red Fez, Flash Fiction Offensive, Drunk Monkeys, Bizarro Central, Paragraph Line, Divergent Magazine, Cease, Cows, and a few horror, surrealist, and bizarro anthologies. When not writing or fighting ninja squirrels, he devours books and spits out reviews that are published in places like Verbicide, The Rumpus, Word Riot, Heavy Feather Review, The Lazy Fascist Review, Bookslut, Electric Literature, Atticus Review, Entropy, HorrorTalk, Necessary Fiction, The Magazine of Bizarro Fiction, Out of the Gutter, Spinetingler Magazine, Buzzy Mag, and a few other print and online venues. He’s currently working on overcoming his crippling hippopotomonstrosesquipedaliophobia.

Zero Saints: Enforcer and drug dealer Fernando has seen better days. Some heavily-tattooed gangsters throw him in the back of a car as he returns home from work and take him to an abandoned house, where they saw off his friend’s head and feed the kid’s fingers to … something. Their message is clear: this is their territory now. But Fernando isn’t put down that easily. Using the assistance of a Santeria priestess, an insane Puerto Rican pop sensation, a very human dog, and a Russian hitman, he’ll build the courage (and firepower) he’ll need to fight a gangbanger who’s a bit more than human …