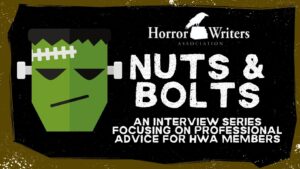 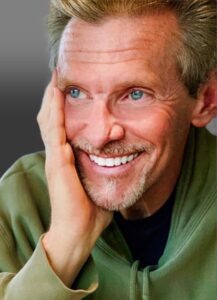 Brooklyn-born John Gray is an award-winning writer-director-producer of films and television, and the creator of the long-running TV series, GHOST WHISPERER. He has written and directed many feature films and movies for television, including WHITE IRISH DRINKERS, starring Stephen Lang and Karen Allen; MARTIN AND LEWIS, starring Sean Hayes and Jeremy Northam; the Emmy® nominated A PLACE FOR ANNIE, with Sissy Spacek; the Emmy® nominated mini-series Haven with Natasha Richardson and Anne Bancroft; HELTER SKELTER, and many others. Gray has directed numerous episodes of broadcast and cable series, including multiple episodes of the NBC series GRIMM and was also the producing director of the CBS series RECKLESS. Gray’s acclaimed short films have played and are currently playing in film festivals all over the world including FRENCH KISS, which has also notched 6.3 million views to date on YouTube. He is married to writer-filmmaker Melissa Jo Peltier, and they make their home in New York and Cape Cod, MA. THE DESECRATED is his debut novel. Follow him on Twitter @JThomasGray, or Instagram @bayrdge, and visit johngrayofficial.com

A video message from John Gray

Can you tell us briefly about your television career?

I’ve been lucky enough to have had a long career in film and television, beginning with making high-profile movies for TV throughout the ‘90s, and then shifting to series television in 2005 with the premiere of GHOST WHISPERER, which I created and ran for five years on CBS.

Why the decision to write a novel?

Writing a novel has always been on my “to-do” list — but how do you find the time? In 2020, the pandemic provided that answer for me, when the whole country shut down, and all of my ongoing projects along with it. I realized I now had the time and the opportunity to finally write that novel, and if I didn’t do it then, I’d never do it.

What are the different considerations that go into writing a screenplay, vs. writing a novel?

Novels and screenplays are very different animals — with scripts, you are always fighting the clock, especially in television, where there are usually pre-set running times. You are often having to sacrifice backstory and subplots, which can keep the work from rising above the superficial. With novels, there are no such limitations, and while it is still your responsibility as a writer to be economic and entertaining, you have much more freedom to explore your characters and their pasts, their inner lives, their thoughts, and you can complicate your plots in really satisfying ways, not always possible in film and television.

What advice would you give horror writers who want to learn more about getting started as a television writer?

My advice to horror writers who want to write for television would be, first of all, to explore and inhale every bit of supernatural drama available. Streaming is where the best work is being done these days, better than broadcast, and in most cases far better than features. I would advise writers to write sample episodes of their favorite horror shows, and then try to get an agent to read them. Not always an easy task, but if you come up with a clever, witty, and brief over letter, and a really sharp sample script (professionally formatted), and email a hundred agents, you might get a couple of positive responses – and in the end, all you need is one.

What advice would you give writers about promoting themselves?

There is literally no end to the ways writers can promote themselves today using social media, and their own wit. Being aware of that fine line between being persistent and obnoxious, writers can create a brand for themselves and grow an audience. It helps to have a sense of humor about yourself, and to have a consistent flow of new ideas, new work, and opinions to promote and to engage with your audience about.

Can you tell us a little about THE DESECRATED, and where people can follow you on social media?

“The Desecrated” is a supernatural thriller about Jennifer Shelby, a young woman working as a forensic attendant on the night shift at a NYC morgue, trying to come to terms with recent unwelcome changes in her life. Another unwelcome change manifests itself when English action start Trevor Pryce is sentence to community service at the morgue. The irrepressible Trevor clashes with the acerbic and witty Jennifer, and his disrespect for the dead and ghoulish pranks cause violent unrest among the departed.

NUTS AND BOLTS is put together by Tom Joyce, an affiliate member and beginning writer trying to learn all he can about the craft and business of writing horror from people more knowledgeable than himself. Feel free to join him on this quest with “Nuts & Bolts,” a monthly series of interviews and features dealing with the practical aspects of writing. And if you have any suggestions for good interview subjects, please feel free to get in touch with him at TomJHWA@gmail.com.