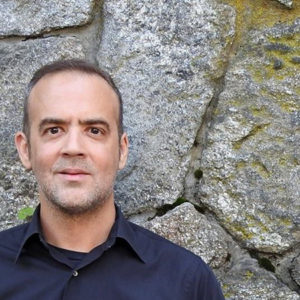 Charlie Vázquez is the author of the novel Contraband (2010, Rebel Satori), the collection Fantasmas: Puerto Rican Tales of the Dead (CV Publishing, 2020), and other books. He’s the former New York City coordinator for Puerto Rico’s Festival de la Palabra and was awarded a Commendation from the City of New York in 2014 for his contributions to Latino literary heritage. Charlie is a founding member of Latino Rebels and a certified mindfulness meditation instructor in the lineage of Chögyam Trungpa Rinpoche, as taught by David Nichtern. Find him online at www.charlievazquez.com

My maternal grandparents were expert storytellers from Puerto Rico and Cuba, even though they were semiliterate in Spanish and never mastered English. My parents contributed to this tradition with a New York edge. As in gritty, pre-gentrification New York, The Bronx of the 1970s and 1980s. That meant burning buildings, violent crime, drug abuse, and rampant corruption and suffering. This was the world I grew up in.

By the time I started writing in my late teens, it was to document my life as a queer Puerto Rican artist transplanted to the West Coast, where I went to escape it all. I never found stories about people like me, and on the rare occasion that I almost did, we were objectified by people from outside our culture, reduced to fantasies and stereotypes. As a boy, I enjoyed reading Jack London, Edgar Allan Poe, and Washington Irving. I had something to say, I guess.

As a young filmgoer, I’d seek out movies like Halloween and The Texas Chainsaw Massacre for the visceral thrill, for the suspense and racing heartbeat. Once I realized I was queer, at the height of the AIDS epidemic, I sought out films like Hellraiser for the freakiness. I suppose they mirrored my own troubled existence at the time, which was also influenced by New York City subculture, science-fiction, electronic music, and punk.

As a published writer, I began with gay erotica, though there was always an undercurrent of dread and suspense in those stories. As someone from a colonized culture, I felt a calling to use horror as a medium to address the darker truths we’ve endured as Puerto Ricans, such as medical experiments, military occupations, and so forth. One could say that the greater story arc of colonization is a terror tale for the colonized. The genre can teach.

This was the motive behind my last book Fantasmas: Puerto Rican Tales of the Dead.

Everything I’ve even written, with few exceptions, has centered Puerto Rican and Caribbean points of view regardless of the genres and settings. I even wrote a story about a Mexican transwoman when I lived in Tijuana in 2004. My stories also include characters from outside Latin America and the Caribbean and its diasporas since this is the world that I live in. I don’t know how to write without centering what I know best. I strive to portray struggle, realism. As an editor, I enjoy working with authors who embrace similar philosophies.

Writing horror has taught me—and reminded me repeatedly—that I’m an animal. That every human being is as much a beast of the natural world as the species we’re wiping out. Which makes us the most dangerous animal. We hunger and feel cold and do what we must to survive. And with all the potential we’ve had for elevating humanity to a transcendental experience, we’re blowing it. We fight to the death over territory, other humans, and food and water. We also seek the frights of roller coasters and daredevil antics to satisfy the primal one of our most primal urges and thrills, tempting death. Great horror is a visceral experience.

I should pay closer attention, honestly. I’d say that immigrant, LGBTQI, and women’s perspectives have given the genre a much-needed reprieve from the tyranny of white hetero testosterone that’s made it stale. I see more of this happening as newer generations of readers come of age. And said readers will be a people of color majority sooner than later.

We’re typically misrepresented in popular culture, and publishing has been dominated by the white gaze since time immemorial. It’ll be up to us to represent ourselves fairly, and this means writing about the good, bad, and ugly, as horror deals with the animal realms of the shadow. I’m curious to see how our writers will handle this in such a politically correct age, which is suffocating for creativity. Especially for horror and erotica, our most primal genres.

Who are some of your favorite Latinx characters in horror?

I’m terrible with remembering characters’ names in books after time passes, though as a writer and editor I remember their story journeys most. Manuel Meléndez’s characters are relatable to me as a working-class New Yorker, but I’ve edited his work and that could be why. This includes the story he published in San Juan Noir (Akashic, 2016), about a boy in Puerto Rico who kills his abusive father. I really related to that character. I have a stack of books to get to still, and many of those titles were penned by my peers. There just isn’t enough time in a day…

Ann Dávila Cardinal and Gabino Iglesias come to mind as writers I’ve read. That pile of books I mentioned includes volumes by Cina Pelayo and V. Castro, which I’m dying to get to. These writers are infusing the genre with much needed energy and that excites me.

Shake things up and don’t be afraid to be you. Conventions get stale, so think deeply about what scares us nowadays and how you can use story to leverage it. Don’t write to the audience, no matter what you do. We’re living amidst a lot of upheaval and change, so be daring. There’s nothing worse for creativity than double guessing yourself, so screw what other people think. Your job is to show the dark side of humanity, not to avoid upsetting people.

To the Latinx writers out there who are just getting started, what advice would you give them?

Read, read, and read. Even things you don’t like. If you want to get an MFA and do the academic thing, fine. You don’t need to, however. Writers write and you’ll only get better by doing the work, which sometimes isn’t fun at all. If you don’t see the stories you’re looking for in the world, consider writing them. Taking risks makes it all worth it. Another thing: Ignore everything your crazy Puerto Rican punk rocker uncle just told you!