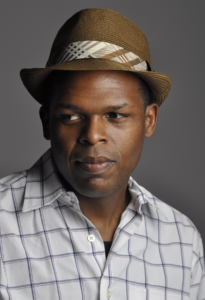 Maurice Carlos Ruffin is the author of The Ones Who Don’t Say They Love You, which was published by One World Random House in August 2021. It is a New York Times Editor’s Choice, a finalist for the Ernest J. Gaines Award for Literary Excellence, and one of Electric Lit’s Best Books of the Year. His first book, We Cast a Shadow, was a finalist for the PEN/Faulkner Award, the Dayton Literary Peace Prize, and the PEN America Open Book Prize. It was longlisted for the 2021 DUBLIN Literary Award, the Center for Fiction Prize, and the Aspen Words Literary Prize. The novel was also a New York Times Editor’s Choice. Ruffin is the winner of several literary prizes, including the Iowa Review Award in fiction and the William Faulkner–William Wisdom Creative Writing Competition Award for Novel-in-Progress. His work has appeared in the New York Times, the LA Times, the Oxford American, Garden & Gun, Kenyon Review, and Four Hundred Souls: A Community History of African America. A New Orleans native, Ruffin is a professor of Creative Writing at Louisiana State University, and the 2020-2021 John and Renee Grisham Writer-in-Residence at the University of Mississippi. Ruffin is the 2022 Grand Marshal of the Mardi Gras Krewe of House Floats.

I was searching for artistic fulfillment. I had always admired the stories and the people who create them. They are my tribe. So it only made sense that I would join in.

We all die. The universe will one day dissipate or explode. Nothing matters in the long term. And yet, we live our lives in the face of that existential devastation. Religion is an obvious balm for the soul. So is art. So is horror as a genre. We can’t go around thinking about how difficult things are all the time. Horror is powerful because it is honest and cathartic. Life is pretty horrible, but it’s also pretty wonderful.

Yes, I do. I’m from a majority Black community (New Orleans), so to write in a realistic way, I portray those characters and I portray them with as much humanity and complexity as I can.

It’s empowering to write about horror because life is often absurd and hilarious. Horror acknowledges that. I feel like I’m working from a place of strength when I write in horror

I don’t know how much the genre has changed, but I think mainstream culture has acknowledged how genius horror often is. For example, horror has always leaned into critiquing the American race problem. But with movies like Get Out or the work of writers and editors like Victor Lavalle and C. Spike Trotman, people are waking up.

The obvious problem to me is that the great Black writers of the past were ignored. Everyone should be reading them. And their work should be adapted to the screen.

I love Pym who is the title character in Mat Johnson’s book. I see a lot of my self in him. Edana Franklin in Kindred is one I think about all the time. She’s so good and so complex in a situation that is not as far fetched as it might seem.

So many: Toni Morrison, Tananarive Due, in Octavia Butler, Victor Lavalle, and Nalo Hopkinson come immediately to mind.

Be adventurous. Push against convention. Have as much fun as you can stand.

Read a lot. Find mentors. And write with a sense of abandon. Don’t let sadness wrap around you for too long.