Halloween Haunts:  Eric, you have written short stories, collections, novellas as well as working as a technical writer, but you have also edited critically acclaimed anthologies. Can you describe your start as a writer and editor? 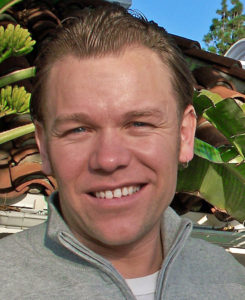 Eric J. Guignard:  Hi Michele! Well, I’ve only been pursuing creative writing/editing with the purpose of publishing since about February, 2011, which isn’t that long compared to many others. I enjoyed creative writing in childhood, but was propelled into more business and “professional” (i.e. boring suit-and-tie) degrees and careers in college and beyond, while under the impression that nobody could ever “make it” in art or writing unless they had an “in” or were born into it, or other unmerited misconceptions… really, I just didn’t think much of it, as comics and horror were for youth(!), and I made sure I had a non-fiction or leadership book in hand instead at all times (yes, the follies of our past!).

Oddly, I got back into creative writing through genealogy. I have an obsession with family history stories, and began writing articles for periodicals, and history books for family members. I’d been laid off the year prior due to the mortgage market collapse, and I was chatting with a friend of my wife’s—whom I’d known in high school—about writing, as she’d recently started blogging for profit, and she remembered the stories I used to write in years past. I told her that I was jealous and wished I could be a writer, and she said, “Well, what’s stopping you? Why don’t you write again?”

It was that simple… I really wondered then, why had I given up something I’d loved so long ago, for a failed financial career? It inspired me then to do something I was passionate about, rather than trying to rebuild a business life of which I’d never felt particularly adroit at. Which all goes to the age-old trade-off: Once I had money though was cheerless, and now I’m broke and happy (or at least having a sense of purpose)!

HH:  Which writer has had the greatest impact on your writing and why?

EJG:  I can’t say that any one author has had the greatest impact. I first read Stephen King in elementary school, and then his subsequent novels through my formative years, along with the horror standards of the late ’80s and early ’90s, like Dean Koontz and Anne Rice, so those were my first introductions to horror reading. I grew to like short stories more though, and comics, and I read across genres, so I can say there are a number of authors who have impacted me in different ways, whether by their plot twists, or humor, or relatable characters, or rich prose, etc.

Rather than authors, here are some of my favorite (and defining) books of my life:

THE DIVINE COMEDY by Dante

…and every volume of THE YEAR’S BEST DARK FANTASY & HORROR

THE STAND by Stephen King

A WALK ON THE WILD SIDE by Nelson Algren

ZOMBIES AND SHIT by Carlton Mellick III (surprisingly, title aside, a beautiful and complex bizarro story)

HH:  And, which editor has inspired you?

EJG:  Thomas Monteleone has had the longest lasting impression on me by way of his Borderlands anthologies. Those were the first “adult” horror short stories I ever read (outside of Stephen King’s collections), when a sophomore in high school, about 1992. At the time I was in a track of Honors English that studied women of Victorian literature (Tess of the d’Urbervilles, Madame Bovary, Return of the Native, etc.). I remember the amazement of seeing Borderlands 2 on the shelf of a discount retail home goods store, and being attracted by its ominous cover as a relief from my class assigned reading; then, how eye-opening the anthology was—shocking, really—in the depth of literary creativity, that it could combine weird horror with thoughtful, sophisticated prose. I’ve since always been a lover of the dark short form, and over the years have also become a fan of trusted other editors in the field such as Ellen Datlow (whose themed anthologies and Year’s Best compilations fill my shelves), Paula Guran (ditto), Stephen Jones (ditto), and John Joseph Adams (who has created some of my favorite themed anthologies, and reignited my interest in horror about 2009 after a long absence from the genre with his Living Dead anthology).

HH:  In January 2017, you purchased an imprint and rebranded it as Dark Moon Books. In what ways does this company fit with your engagement with horror and weird fiction? Where would you like Dark Moon Books to be in five years? 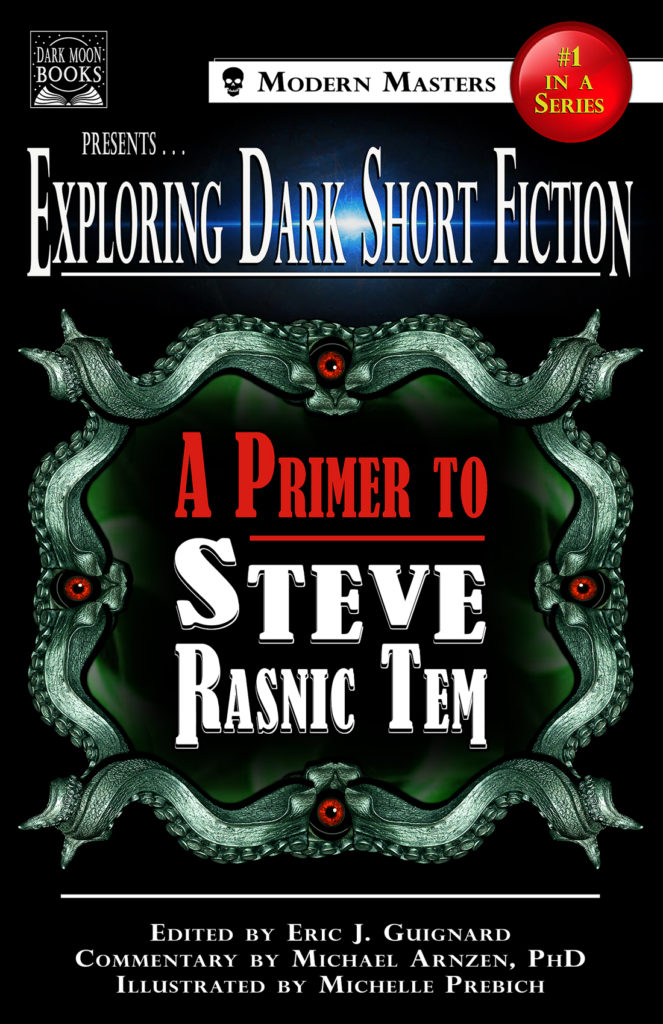 EJG:  Yes, I bought Dark Moon Books from its original founder, and rebranded only what it promoted. I dropped all of its previous titles and started it over from the ground up. DMB was founded by Stan Swanson in 2011, and he was a mentor and friend who was one of the first people to buy my work, so Dark Moon Books since has just held a sweet, soft spot in my heart. I started off in the indie horror world knowing no one, and I blindly wrote to publisher after publisher asking them to work with me to publish my first anthology, Dark Tales of Lost Civilizations, and he was the only one willing.

Anyway, as of a couple years ago, he’d stopped doing anything with the press, as he had some other life issues, and hackers had taken over the site. I didn’t want to see the name die, so I bought it out, built out a new secure site and image, and set a goal for it to be a short story venue, primarily for anthologies and my own oddball projects which can’t get signed elsewhere. My mission statement is for “Dark Moon Books to publish unusual and invigorating dark fiction for readers around the world.” I run my anthologies and Primers through there now, and hope to do more, but finances dictate most of those decisions!

HH:  How do you manage writing, running an imprint, teaching and being a husband and father?

EJG:  Probably not as well as I should! I constantly fear that I spread myself too thin, and that because I’ve involved myself in different activities and obligations, I don’t put truly sufficient time and attention into any of them. I work from home, which is really the only way I could possibly multi-task what I do, in that with flexible scheduling I can push things around at all hours of the night. I work full time as a corporate Technical Writer, plus two more part time gigs (including adjunct teaching in the University California system). I prioritize work and playing with my children: I coach AYSO Soccer and Little League baseball, and I’m Den Leader of my son’s Cub Scout Pack. Things like that are where I find meaning in life, along with my creative endeavors—I work on book projects whenever I have time. I don’t watch TV, I don’t socialize, I just read, write, and edit!

HH:  There are numerous instructional guides to writing, but editing is an elusive animal. What tips do you have to help writers be better editors? 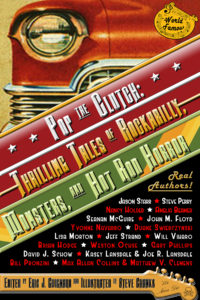 EJG:  Personally, I learn by doing. I experiment, I fail, I try new things to see what works better. Editing others’ work makes me look at writing in a different way. I can’t say that I’m any great success as an editor, but I enjoy it. I find editing is easier for me than writing, although writing brings me more satisfaction. Tips for those who wish to be better editors would probably sound like tips you would tell a potential employer at a job interview. Be timely in what you say you’re going to do. Follow through, maintain good scheduling, good responsiveness. Above all else, perhaps, be flexible. You have a vision, but others you’re working with have their own vision, and often those visions are at odds. Be willing to compromise, to change. Editing an anthology or magazine is a malleable process.

HH:  And, as an editor, what three tips would you give to a writer who is looking for a publisher for their stories?

HH:  As we wrap up, what upcoming releases should readers look for from you as a writer and editor? 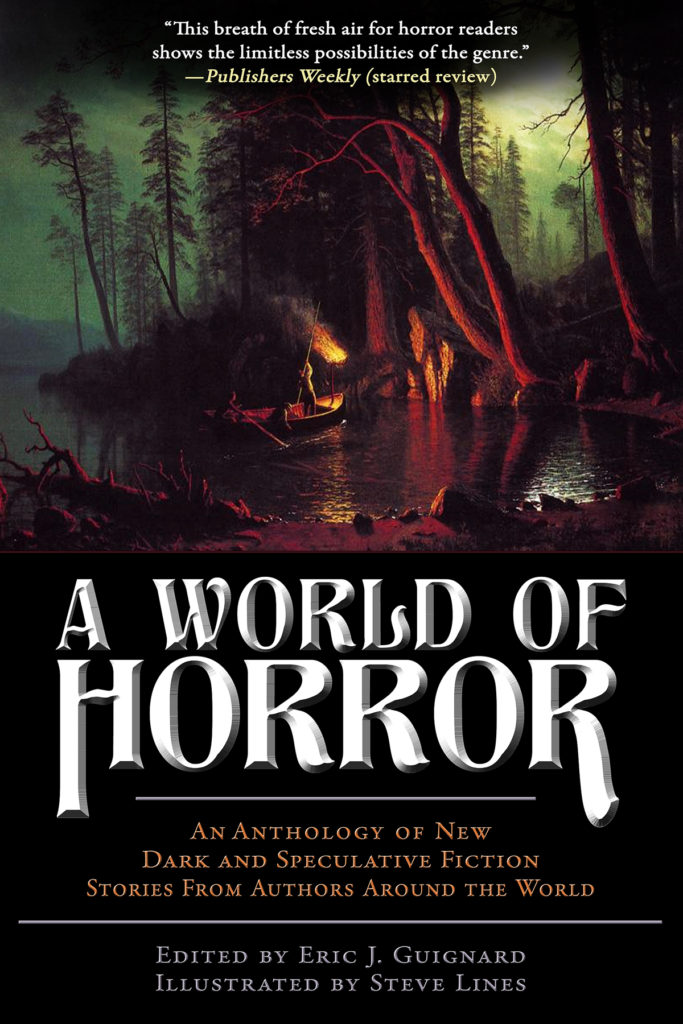 EJG:  My most recent writing work is my debut collection, That Which Grows Wild: 16 Tales of Dark Fiction (Cemetery Dance Publications; July, 2018)

Quick synopsis: Equal parts of whimsy and weird, horror and heartbreak, That Which Grows Wild, by award-winning author Eric J. Guignard, collects sixteen short stories that traverses the darker side of the fantastic.

My latest published editing work is my anthology, A World of Horror, which is a showcase of international short fiction authors. (Dark Moon Books; September, 2018)

Quick synopsis: A World of Horror is an anthology of all new dark and speculative fiction stories written by authors from around the globe.

My next anthology to come out within the next three months is, Pop the Clutch: Thrilling Tales of Rockabilly, Monsters, and Hot Rod Horror. (Dark Moon Books; 2018–2019)

And finally, I’m in process of shopping my first novel (publishers and agents, take note!), which I finished writing last year: Crossbuck ’Bo.

Quick synopsis: A Depression-era hobo rides the rails and learns the underlying Hobo Code is a secret language that leads into the world of shared memories, where whoever is remembered strongest can change history and alter the lives of the living. 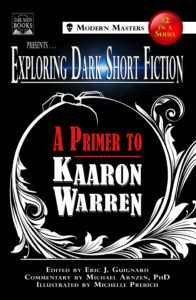 EJG:  Thank you so much for doing this, Michele! It was a pleasure to chat with you.