How Podcasting Can Help Writers Learn and Network 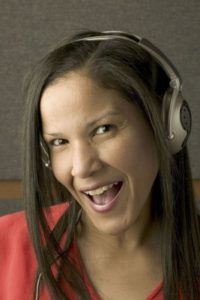 One of the great boons to my writing science fiction, fantasy, and horror has been the explosive growth of podcasting. The podcasts I listen to have provided me with many opportunities to learn and network and my life would be much poorer without them.

Firstly, podcasts provide great opportunities to work with other writers. Thanks to The Science Fiction and Fantasy Marketing Podcast, I learned hostess Lindsay Buroker had opened up her Fallen Empire universe to other writers through Amazon’s Kindle Worlds program. From this one podcast episode came my short novellas “Ten Davids, Two Goliaths” and “Discovery and Flight.” I also got the opportunity to help Ms. Buroker further organize the back-story, something that proved helpful for everybody involved in the Kindle Worlds project. Thanks to The Horror Show With Brian Keene, I was able to connect with authors Brian Keene and Wesley Southard, who both blurbed my forthcoming horror-comedy novella Little People, Big Guns. After buying ads on The Horror Show and the related podcast Cosmic Shenanigans, Project Entertainment Network owner Armand Rosamilia agreed to blurb The Atlanta Incursion, the forthcoming sequel to my Lovecraftian novel The Thing in the Woods. I also learned about Dan Wells’ “I Am Not A Serial Killer” series from Writing Excuses. Not only did I find books I enjoyed, but I also reviewed two of the three books in the first trilogy and the movie adaptation of the first novel and blogged about a DragonCon panel featuring Wells in which I got the chance to talk with him about the book and the film. Finally, thanks to regularly listening to the Bizzong podcast, I have an interview with host Frank Edler to promote LPBG slated for this fall.

Secondly, podcasting is a great way to learn different tips and tricks, both in writing and marketing. Thanks to an interview with Saladin Ahmed on Writing Excuses, I found the “Daily Life In…” series that’s perfect for research for historical fiction or history-inspired fantasy worlds. Writing Excuses also provided some tips on writing heroic characters and so many other bits of writing advice it would be impossible to recount them all here. Thanks to The Sell More Books Show, I learned putting one’s book in libraries is a good way to build a long-term fan-base. As a result, Thing is in the library systems of several Metro Atlanta counties as well as the statewide PINES library network. And whenever I travel, I make sure to look for libraries to make more donations. After serving as a panelist at Hypericon, for example, I donated two copies of Thing to the Rutherford County library in Murfreesboro, TN. I also learned that for an independent project, if you don’t think your existing book cover is good enough, it’s easy to replace it. That led to me updating the covers for my short stories “Picking Up Plans in Palma” and “The Beast of the Bosporus.”

Finally, podcasting is a great way to advertise. I’ve bought ads for Thing on Cosmic Shenanigans as well as The Horror Show and thanks to these ad purchases, Armand Rosamilia and his wife Shelly each bought copies of Thing and dedicated a whole episode of The Lunch Ladies Book Club to discussing it. Finally, being a regular participant in the film podcast Myopia: Defend Your Childhood has allowed me to build my audience, especially since podcast host Dr. Nicolas Hoffmann has graciously allowed me to plug my different projects on-air. Since Myopia is part of the ESO Podcasting network, I have already made an appearance promoting Thing on the flagship podcast Earth Station One and will likely be appearing on future episodes to discuss new projects.

So if you’re looking for opportunities to improve your writing or marketing repertoires, you can’t go wrong with podcasting.

Matthew W. Quinn is a writer of science fiction, fantasy, and horror–based in Atlanta, GA. The Thing in the Woods is his first novel and Little People, Big Guns his second.