This said by someone who grew up on cul-de-sacs, down streets named after Ivy League universities, on parcels of farmland carved up into intentionally bland, vaguely descriptive development names, on land that was almost certainly stolen from the original inhabitants, then re-distributed and tamed. Or attempted to be tamed

Planned idyllic lifestyles, conformity to the nth degree. All in the name of safety, if not community. All in the name of keeping the kids corralled and controlled, even if most of us keep them indoors and on screens these days. A classic example of a good idea gone putrid.

This said by someone who has now lived in a city longer than she ever lived in the suburbs: my adult life has been spent among bricks and concrete and a yearning tree or two. I know my neighbors about as well as I did when I was in the suburbs, and there’s a graveyard a few blocks away, just before you get to the gas station and the supermarket and the bank.

Cities are hell, too – but suburbs are where we were formed: dark places painted over with earth-tone colors that we lived in when our own cement was still wet. Suburbs are the places where families come to be buried: You’re disappeared into houses that all look the same, from their layouts to their inoffensive beige-and-white interiors; you park alongside people who all look the same – also, frequently, in the beige-and-white category (not understanding, at your young age, that this is an intentional result thanks to the adults). The conformity, at some point, is so all-pervasive and subtle that it stops being a cozy blanket of familiarity and becomes a straitjacket – and then a coffin.

Suburbs and their malign interests have provided fertile ideas for authors who till their soil: Shirley Jackson – who knew the dark corners of both city and country – and books like Anne Rivers Siddons’ The House Next Door. Even when stories weren’t specifically about the suburbs and took us to grand estates or cabins in the wood – John Coyne’s The Legacy, Ruth Ware’s In a Dark, Dark, Wood – the sheer housiness of it all is captivating. Familiar yet with so much potential for bad behavior. 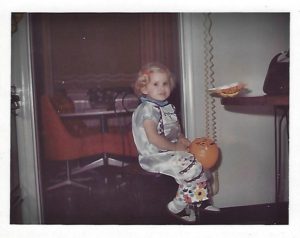 But suburbs are also home, and where I lived until I was 17. And they are where I went to trick-or-treat, every Halloween. And even here the suburbs made the scariest day of the year a saccharine, sanitized event. Until I was a teenager I was chaperoned by parents (or a friend’s parents); eventually I went out with friends. In the darkness of my supposedly safe Maryland cul-de-sac I could roam the streets in ill-fitting costumes with masks that barely let me see the car that almost ran me down. Where I took sweet offerings from friends and strangers alike. Where I hurried home to start the binge – but not until Mom inspected every slab of pre-wrapped chocolate for tell-tale signs of interference. For injections. For razor blades.

Mom knew that even if those horror stories were apocryphal nonsense, there was a bottom of truth in them. Because parents know the suburbs were hell, if you gave them a chance.

One Halloween I had carved a pumpkin, one so raucous and well done – for a 12-year-old – I was able to enter it in a

contest held the day before Halloween. Tex the Pumpkin had a cigar poking out of his curled orange mouth, a sneer in his eye, and a bulbous nose that seemed ready to blow something viscous and disgusting if you got too close. And he had a hat: Dad’s Stetson. I was allowed to use it for the sole reason of Halloween, and no other time.

The local community center held the contest, and mom drove me over there to set it on the table with all the others. I stood behind my pumpkin, proud and excited to take home some kind of ribbon – and eventually the judges came by to rank and examine and lift the hat and make sure the whole of Tex’s skull had been scooped out clean.

I sat outside the community center once it was all done, waiting for Mom to pick me up, realizing I’d never told her when to be there. And like most 12-year-olds, I had no change for a phone. (For those born after the turn of the millennium, there was a time when we did not carry our phones around with us, when a call cost money if you could find a phone welded to a wall. That’s a scary story for another time.)

So I walked. It wasn’t really that far: Just a block or two to the intersection, then into the winding road of our development and another ten minutes, maximum. I could leave Tex behind, but we needed him for Halloween. Our family only shelled out for one pumpkin every year, and I’d taken over the carving ever since Dad went away. Tex was my responsibility.

But a big pumpkin is slow going for adolescent arms, particularly when he’s twice the size of your own head and wearing a Stetson. I slammed the hat on my head and took off into the night, away from the bright lights of the community center, doing something I’d never done before: walked at night in my own neighborhood.

Everything was fine. Fine, at least, until I crossed at the light and passed the brick sign that indicated I’d arrived in my own development. That was when things turned … strange.

My sneakers shushing in the drying fall grass was the only sound as I searched for and found the curling asphalt path, and once I set foot on it the world shifted. I glanced around at the streaky clouds above and the supposedly familiar houses ahead, back over my shoulder at the traffic lights and stop signs and had the oddest sensation that I’d walked onto a movie set. Worse: a TV set. Everything had an unreal quality, like the homes were made of plywood, the trees plastic, the cars cardboard. There was no one around but me, surrounded by night, carrying a pumpkin that barely warranted a “nice effort,” wearing a hat that balanced on my ears. The world was unreal. This neighborhood was fake. It wasn’t mine any more. It was someone else’s, and I’d stepped into a different dimension.

I’d read the books. Maybe not horror books, not yet; Mom and Dad had Stephen King’s Pet Sematary on the shelves downstairs and I was going to pick that up one of these days. But I’d read enough books that I knew what I had to do next. You have to make an offering if you want to get back to your own place, your own time. I lifted Tex up, high, high as my aching arms could get him. I imagined hurling him down the slope to the lake behind our house, his disembodied, smirking, snotty head rolling and rolling into the water to be eaten by sunfish and pecked at by ducks. I thought of it being a real man’s head, torn from the roots, ragged and bloody, the stump of a spine still poking out from one end like a hacked-off lollipop.

Gotta do it if you want to go home, I thought. Get back to normal.

And I swear, I heard Tex’s drawl respond, Now, whatcha wanna do a thing like that fer?

Startled, I nearly dropped him. But I kept a grip and glanced around, studying everything. Memorizing what it was like to see behind the façade. To know there was a façade at all. And all I had to do was throw Tex away. I’d be allowed back in front of the curtain again, if I did it.

But … I liked knowing that there was another side. A side I could see, and make sense of. I liked the idea that I was now armed. I was protected in a different way, a better way than the suburbs ever could make me.

Back home, I set Tex down on our porch to glow for the next night’s Halloween. And I swear, he winked at me. 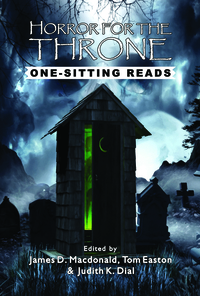 TODAY’S GIVEAWAY: Randee Dawn is giving away copies of Horror for the Throne: One-Sitting Readings, which features my tale “Cat Person.” It doesn’t take place in the suburbs, but does find a mundane location for some shenanigans. Send an email to membership@horror.com with the subject title “HH Contest Entry – Randee Dawn” for a chance to win – five names will be drawn at random on Oct. 31 at 12p.m. ET. One book per person.

Here’s a bit more about me: Randee Dawn is an author, journalist, and lucky denizen of Brooklyn. Her first novel, 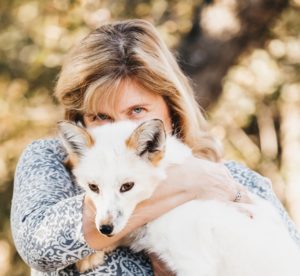 the humorous pop-culture fantasy Tune in Tomorrow, will be published in 2022. Her short fiction has appeared in publications and podcasts including 3AM Magazine, Well-Told Tales, Dim Shores Presents and Horror for the Throne: One-Sitting Reads. When not making stuff up, Randee publishes entertainment profiles, reviews, and think pieces regularly in outlets including Variety, The Los Angeles Times, Today.com and Emmy Magazine, and writes trivia for BigBrain. She can be found at Randeedawn.com and on Twitter and Instagram as @RandeeDawn.

Photo attached: The author at age 2, before trick-or-treating

Photo attached: Syd, the pumpkin, carved by the author (Tex has gone missing!)