Halloween Haunts: Hallowe’en Over the Pond By Sara Jayne Townsend 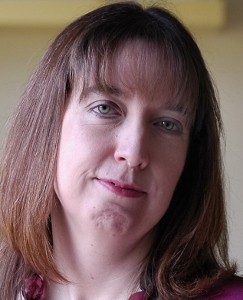 I was born on 24 October – a week before Hallowe’en. Growing up in the North of England in the 1970s, this didn’t mean much – Hallowe’en wasn’t a big celebration. Bonfire Night, falling five days later was a much bigger deal, and we all looked forward to big bonfires, sparklers, firework displays and throwing effigies of Guy Fawkes onto the flames.

I embraced the concept of Hallowe’en, though, because I loved dressing up. My first Hallowe’en costumes weren’t really about being scary, they were all about being someone other than myself. The first year I went out trick-or treating (I would have been just eleven) I think I dressed up as a princess. By the time I started high school, I’d abandoned trick or treating but everyone was allowed to come to school in costume if Hallowe’en fell on a school day, and I would generally put together an outfit of things that I wouldn’t normally wear. One year I dressed up as a punk, which was so far removed from the way I normally looked in school no one recognised me. I had fun with that one.

Nowadays, the UK seems to have embraced American traditions and trick or treating is a concept here, but it is markedly different than my experiences of it in Canada.  Over there, the whole neighbourhood gets into the spirit of it. We went out trick-or-treating and we’d only have to do two or three streets to end up with a big enough haul to keep us in sugar until next Hallowe’en. In the UK, it’s a rather different story. Not everyone gets involved, and the British seem much more wary of having their kids knock on strangers’ doors than the North Americans do. The kids travel in groups, and there is always at least one adult travelling with them, and the general rule seems to be that if a house has lights on and is decorated with Hallowe’en adornments, the trick-or-treaters can call there. If it is not, then it is bypassed. And if the trick-or-treaters are very young, the parents only let them knock on the doors of people they know.

As a child, I didn’t particularly like having my birthday at the end of October, since it was cold and dark and the birthday party always had to be indoors. The only perk was that when I was in elementary school, my birthday generally fell during the Autumn half term week, which meant that I never had to be at school for it and could always have my party on the actual day. 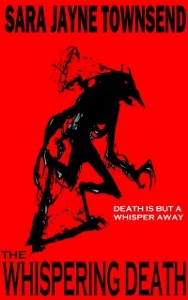 As a horror writer, though, I quite like having my birthday so close to Hallowe’en. It gives me an extra reason to celebrate all that is spooky. It’s probably also why parties give me an excuse to dress up. For my last ‘big birthday’ I had an eighties theme and everyone turned up in leg warmers and big hair. That was Birthday Number Forty. Fifty is now looming ever closer and I’m already planning another fancy dress party for that one. It will be a ‘horror’ theme. Not only does this seem appropriate for a horror writer, everyone can wear their outfits for Hallowe’en the following weekend!

TODAY’S GIVEAWAY: Sara Jayne Townsend is offering one Kindle copy of The Whispering Death. Enter for the prize by posting in the comments section. Winners will be chosen at random and notified by e-mail. You may enter once for each giveaway, and all entrants may be considered for other giveaways if they don’t win on the day they post. You may also enter by e-mailing membership@horror.org and putting HH CONTEST ENTRY in the header.

SARA JAYNE TOWNSEND is a UK-based writer of crime and horror, and someone tends to die a horrible death in all of her stories.  Her latest release is THE WHISPERING DEATH, and is available in paperback and Kindle format from Amazon (ttp://amzn.to/1TOdzMa). Learn more about Sara and her writing from her website (http://sarajaynetownsend.weebly.com) and her blog (http://sayssara.wordpress.com).

Death comes to us all; life is the name of the game and everyone has a role to play.

When a group of live action role-players perform a ritual as part of a game, they unwittingly unleash an ancient evil that tears their world apart. The reanimated corpse of a long-dead magic user, corrupted by powerful dark magic, offers a promise of unlimited power, but at a terrible price. Having helped open this Pandora’s box, Mark and Elizabeth must race against time to close it again – before it’s too late.