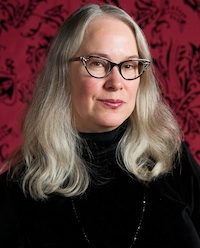 From vampires, plague victims, ghosts, golems, and the gate to Hell, some of the best stories are buried in cemeteries.  These are some of my favorites.  All of these burial grounds are open to visitors.

This small Buddhist temple stands just south of Kyoto’s Gion neighborhood. The plaque at its gate says, “Kyōto’s Bon Festival, the Buddhist observance honoring the spirits of ancestors, begins with the tolling of this temple’s bell. The area is called ‘Rokudo-no-tsujii,’ or ‘the place where this world and the other world meet.’”

Chinko-ji Temple, founded in 836, was home to Chinese scholar Ono no Takamura (802–852), a calligrapher poet who served Emperor Saga. Takamura was so eloquent in his descriptions of Hell that he was believed to be an emissary from Enma, the King of Hell. Legend holds that at night Takamura would climb into the well at Rokudo Chinkoji and descend to the underworld to help Enma judge the dead. In the morning, he’d climb back out, then go serve the Emperor.

In 1597, Judah Loew ben Bezalel became chief rabbi of the Prague ghetto. He was summoned by Holy Roman Emperor Rudolf II, who funded research into the alchemical transformation of lead into gold. Rabbi Loew was one of only four men, post-Adam, to see the Garden of Eden. While there, he was granted the shem, the secret name of God, which can create life. When the ghetto was menaced, the Rabbi created a champion out of the muddy banks of the Vltava River. This artificial man protected the Jews until something went wrong one night. Loew had to rip the shem from behind the golem’s teeth. The Rabbi is buried in this cemetery.

An historic plaque in the Old Dutch Burying Ground describes the place as “one of America’s oldest cemeteries,” containing Dutch tenant farmers, Revolutionary War soldiers, and the characters of Washington Irving’s The Legend of Sleepy Hollow.  Although the Crane family is buried there, none of the surviving tombstones names Ichabod. Near them lies Catriena Van Tessel, who died November 10, 1706. You can purchase a self-guided tour from Sleepy Hollow Gifts or rent an iPad tour at the church on weekends from Memorial Day weekend through the end of October. There’s no grave for the Headless Horseman.

Concurrent with the reconstruction of Paris in the 1780s, a movement gained momentum to clean out the old churchyards. Accounts of the period speak of pestilential hellholes, jammed with liquefying cadavers. One report claimed that the notorious Cimetière des Innocents broke through an adjoining wall to spill corpses into an apartment building. Fearing epidemics, the city fathers voted to excavate the medieval Parisian graveyards.

Beginning at dusk, workmen emptied the charnel pits by bonfire light. It was impossible even to consider individualizing the remains. After the bones were loaded onto carts, priests chanting the funeral service followed them to an underground quarry.  In 1786, once the quarry was filled, the Archbishop of Paris consecrated the residues of approximately six million people.

A pioneer graveyard stood atop a hill beside the First Presbyterian Church. Buried in the churchyard were British settlers who farmed the fertile land near one of the wonders of the natural world: Niagara Falls. The oldest surviving headstone dates to 1797.

The bloodiest battle of the War of 1812, which Canadians consider their Gettysburg, took place in the churchyard on July 25, 1814. American forces repeatedly attacked Lt. General Gordon Drummond’s men, who held the hilltop. After six hours of fighting, the American invasion of Canada was over.

Drummond’s men buried 1600 corpses in trenches in the old cemetery. Twenty-two British soldiers lie beneath the monument that stands at the crest of the hill. Other soldiers, mostly unknown, remain buried around the cemetery. Some of them are believed to haunt the cemetery at night.

The first case of leprosy documented in Hawaii was found on the island of Kauai in 1835. It’s believed that Chinese, imported to work in the sugarcane fields, brought the disease with them, but that’s impossible to confirm when whalers and missionaries brought so many other diseases to the vulnerable Hawaiians.  Since there was no cure for leprosy, victims were exiled to Molokai’s Kalaupapa Peninsula. Surrounded by such rough seas that ships could land only rarely, sufferers were often thrown overboard and told to swim. A 2000-foot cliff on the southern side of the peninsula penned them in.

After the discovery of sulfone drugs, survivors were allowed to leave.  Many chose to live out their lives in the only homes they’d ever known.  The area became a National Park in 1980.

Saint Louis #1 is the oldest surviving cemetery in New Orleans. The most famous resident of Saint Louis #1 may or may not be Marie Laveau, the Voodoo Queen. The 1897 death date on her tomb is not the famous Marie’s, but is closer to her daughter Marie’s. Many people believe the remains of the two Maries were switched between Saint Louis #1 and its younger sibling, Saint Louis Cemetery #2. Robert Florence, author of City of the Dead, suggests that Marie Laveau’s bones, wherever they once lay, were cleared out of her vault after her entombment, since “bones are one of the most popular forms of gris-gris.”

The city of Oakland, California grew quickly after the Gold Rush. Its pioneer cemetery wasn’t large enough for the burgeoning metropolis, so its wealthier citizens purchased land on a site that climbed the Oakland Hills and afforded views of the bay and San Francisco in the distance. Since the cemetery’s history spans from the rural cemetery movement through the modern memorial park, its family tombs range from Egyptian Revival through Romanesque to Gothic. Grave statuary includes everything from lambs to little girls to angels of exquisite loveliness. One of the saddest residents is Elizabeth Short, who came to be known as the Black Dahlia.  In January 1947, her murderer cut her body in half before dumping her in a vacant lot. The killer was never found.

In 1968, this overgrown Victorian cemetery featured in Hammer’s Taste the Blood of Dracula. The following year, the British Psychic and Occult Society heard tales of a tall black apparition wandering amidst the graves after dark. When the Society investigated the cemetery, it discovered widespread vandalism: “vaults broken open and coffins literally smashed apart. A vault on the main pathway had been forced open and the coffins inside set afire.” The Society decided to perform a séance in the cemetery at midnight on August 17, 1970. After the circle was cast and the séance began, the police arrived and society members scattered. More information about the vampire is here: http://www.darkecho.com/darkecho/darkthot/highgate.html.

After surviving the fire of 1776 and years of acid rain, St. Paul’s Chapel escaped destruction once again when the World Trade Center towers collapsed on September 11, 2001. Although its graveyard was drifted with debris from the towers, the chapel served as a shelter for 14,000 volunteers who slept in its pews as they combed through the wreckage for victims.

A sign in the churchyard relates the story of George Frederick Cooke, an actor best known in life for his portrayal of Shakespeare’s Richard III. After his death in 1812, Cooke’s skull was stolen from his coffin. The Graveyard Shift: A Family Historian’s Guide to New York City Cemeteries reports that, “Cooke is said to wander around St. Paul’s Churchyard, looking for his head….Some believe that his skull is used in stagings of Hamlet.”

Cemeteries are full of fascinating stories, of which these are only a few. This Halloween season, go explore your local boneyard.  See what kind of spooky stories you can turn up.

TODAY’S GIVEAWAY: Loren is offering one paperback copy of The Dangerous Type. Enter for the prize by posting in the comments section. Winners will be chosen at random and notified by e-mail. You may enter once for each giveaway, and all entrants may be considered for other giveaways if they don’t win on the day they post. You may also enter by e-mailing membership@horror.org and putting HH CONTEST ENTRY in the header.

LOREN RHOADS is the author The Dangerous Type, Kill By Numbers, and No More Heroes, all coming from Night Shade Books in 2015.  She’s the co-author with Brian Thomas of a succubus/angel novel called As Above, So Below.  She authored a collection of travel essays called Wish You Were Here: Adventures in Cemetery Travel and edited The Haunted Mansion Project: Year Two. You can follow her online at http://lorenrhoads.com/blog/.

“Rhoads takes the best elements of Star Wars and makes them dark, gritty, and real; then mates them with Guardians of the Galaxy and Firefly to create a kick-ass and totally original love child.  A must-read!”  –Dana Fredsti, author of the Ashley Parker: Plague World series

“I cannot wait to see where this story moves next…Don’t miss this fun ride!” — Geek Dad

Sample of The Dangerous Type:

According to plan, they’d wriggle into the tomb one at a time. Kavanaugh always had a moment, as he slithered past the edge of a slab, when he feared it would rock back into place and crush him.  Or worse, it would rock back after he’d passed it, trapping him inside the tomb.  No telling how long it would take someone to die inside one of those graves, how long until the air ran out or dehydration made breathing cease to matter.  It wasn’t as if Sloane would feel he had enough invested in the team to rescue anyone.  Kavanaugh wouldn’t put it past the boss to decide it was more cost effective to simply hire new men, leaving the originals behind as a warning to be more careful.

Most of the tombs they’d entered had warehoused whole companies of bugs, the dead warriors of a single campaign buried together.  Kavanaugh played his light around the inside this cavern but found only a single catafalque, an uncarved slab of obsidian in the rough center of the room.  Whoever lay atop it must be important, he thought.  Shouldn’t take too long to loot one body.  Maybe there would actually be something worth stealing this time.

Kavanaugh peeled off his face shield and lifted the flask, sucking down the last half of its contents as the men converged on the catafalque.  His boot knocked something over.  When he bent down to retrieve it, he found a human-made electric torch.  Damn.  Had someone beat them to this one?

“There’s your dancing girl,” Curcovic teased.  “Maybe you can wake her with a kiss.”

“ ’Cept for the dust,” Lim commented.

“Just what did you have in mind?” Lim asked skeptically.

“Are you sure she’s human?” Kavanaugh asked as he slipped the flask back inside his coat.

“I think she’s just a kid,” Curcovic answered.  “No armor.  You think she was somebody important’s kid?”

“She’s the best thing I’ve seen on this rock so far,” Taki pointed out.  His hand wiped some of the dust from her chest.

Kavanaugh was crossing the uneven floor to join them when a low female voice said clearly, “No.”

Curcovic stumbled backward, dropping his torch and fumbling at the gun at his hip.  The corpse sat up, straight-arming her fist into Taki’s face.  Stunned, he cracked his head on the stone floor when he went down. He lay still at the foot of the catafalque.

One comment on “Halloween Haunts: Graveyard Horrors by Loren Rhoads”