Halloween Haunts: It Was a Different Time by JG Faherty 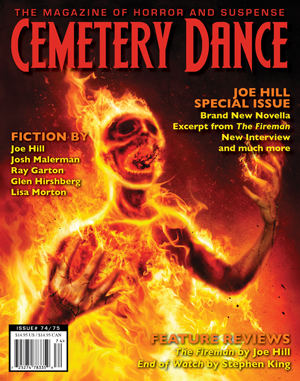 Recently, I had the opportunity to go on a vacation with a group of friends. Five couples, and 2 of them had their daughters with them, ages 17 and 19, respectively. One day, while sitting on the beach, conversation turned to the topic of Halloween. I mentioned that “back in our day,” Halloween was very different. Sure, we went to parties, dressed in costumes, and as kids even got into our share of shenanigans on “Gate Night” or “Mischief Night.”

But even growing up in the 1970s and 1980s was a very different time than now. We had no fear of child molesters stealing us off the streets, and we lived in a small enough town that we didn’t worry about poison or needles in our candy bars (although we threw away any apples dropped into our bags—usually in the direction of the house where we’d received them!). We didn’t have to be in by dark; in fact, our curfews were often suspended for the evening. We roamed as far as our legs would take us in search of new houses to trick-or-treat at, and ate as much of our stash as our bellies could hold before heading home.

We also did some things that today would get us crucified in social media and have a murder of attorneys at our door before morning light. This made the two girls smile when they heard it—they thought I meant tossing rotten tomatoes at houses or lighting bags of dog poo on fire on porches.

“Tame stuff,” I told them. And it was. We had a game we liked to play, one passed down to us from the generation of kids (older brothers and sisters!) before us.

In the neighborhood where I lived, we had two cemeteries nearby. Both of them dating back to the Revolutionary War. Many of the graves had collapsed decades ago, leaving nothing but sunken pits. What we’d do is have someone lay in the depression, and then we’d cover him with leaves. Later, we’d get some of the younger kids to head up to the cemetery with us—as an initiation of sorts, we’d say. Hang out with us while we tell scary stories at dusk, and you’re one of us after that.

Of course, in the middle of a story—usually one about a man with a hook for an arm, or a creature that stalks the woods looking for children to eat—the person under the leaves would leap up and shout at the top of their lungs.

That would send the young’uns screaming for the hills! 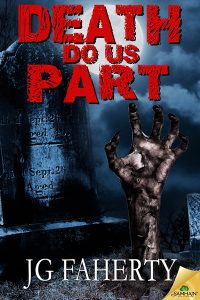 Today, you couldn’t get away with that. Or the other things we’d do, like lock people in a mausoleum for a few hours, or leave them alone on an empty road in the middle of the woods and make them think they’d have to walk miles to get home. Or, as a group, spending the night in sleeping bags in a graveyard.

The thing is, after a brief moment of terror, they all loved it. So did I, when it got done to me. Better than any scary movie or book!

With that in mind, and with my thoughts already turning to autumn with its crisp air, dying leaves, and hints of approaching winter, I offer an excerpt from a story, “The Lazarus Effect,” that you can find in the current issue of Cemetery Dance. Although it has nothing to do with Halloween, it’s a supernatural tale that evokes the chill of fall.

I hope you enjoy it!

TODAY’S GIVEAWAY: An e-copy of any of my novels or any 2 of my novellas. Comment below or email membership@horror.org with the subject title HH Contest Entry for a chance to win. 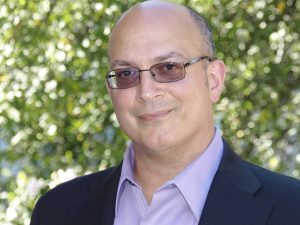 JG Faherty, a life-long resident of New York’s haunted Hudson Valley, has been a finalist for both the Bram Stoker Award® (The Cure, Ghosts of Coronado Bay) and ITW Thriller Award (The Burning Time), and he is the author of 5 novels, 9 novellas, and more than 50 short stories. He writes adult and YA dark fiction/sci-fi/fantasy, and his works range from quiet suspense to over-the-top comic gruesomeness. As a child, his favorite playground was a 17th-century cemetery, which many people feel explains a lot. You can follow him at www.twitter.com/jgfaherty, www.facebook.com/jgfaherty, www.jgfaherty.com, and http://jgfaherty-blog.blogspot.com/

Read an excerpt from “The Lazarus Effect” by JG Faherty

“They’re going to come for us.”

I watched the color drain from Morris’s already pale face. Outside, the wind howled and battered the walls as the late February storm raged on.

He opened his mouth to argue, then nodded. “The die’s been cast, brother. The future is in God’s hands now.”

“God’s hands.” The idea made me want to laugh. Or cry. I’d been doing a lot of both lately. We’d settled deep in the Adirondacks to avoid the very danger now threatening us. A new start, a chance to wait out the end of civilization in safety and then begin the long, hard job of starting over. Eighty of us; men, women, and children, all dedicated to preserving the human race.

All dedicated to God.

And now it seemed He’d turned His celestial back to us, shunning those who’d always lived their lives according to His words. What hurt the most was the knowledge that it was our beliefs that had doomed us.

Love thy neighbor as yourself.

And so we had. When they first came to us, good Christians like ourselves, we put aside our fears and offered our help.

And learned too late that God’s word had led us down the wrong path. A deadly path.

The die is cast.

But what would the roll be? 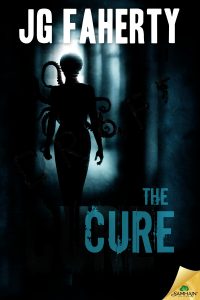 We’d arrived in early August, the men on horseback, the women and children riding in supply-filled carts. Morris and I had selected the location. No signs of development for at least fifty miles in any direction. A hard place to find and even harder to reach, but well worth it for the seclusion and safety it offered.

It was hard work, clearing and leveling the land, building our communal shelter and work spaces. We were a carefully chosen group: people with strong minds and strong backs, people who could build a fence, dress a deer, or hoe the fields as easily as they could fix a generator or use a computer. People who could keep us alive today and help rebuild the world tomorrow.

And, of course, people who believed in God the Almighty, but wouldn’t be afraid to put down one of the Lazari if necessary.

At night we’d gather round and listen to the radio. The news from the cities was always the same. More Lazari rising every day. The government refusing to admit defeat. “Stay inside,” the announcers said. “Without food they’ll soon die off.”

Each night, Morris would lead us in prayer. We prayed for God to keep us safe, to put an end to the horror sweeping across the world. And we thanked Him for showing us the way.

Who knew our good fortune wouldn’t even last until spring?

2 comments on “Halloween Haunts: It Was a Different Time by JG Faherty”