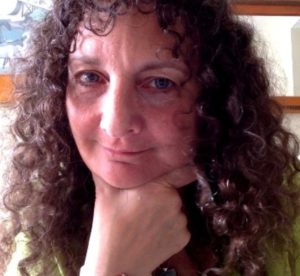 When did you join the HWA?
I have no idea. Is there any place I can look it up? I could trackback to 1996 when I paid dues of $55 but I’m sure I joined before that.

What is your role in the HWA, and for how long have you been in that role?
I’ve been on the board of trustees since, I believe, 2006.

Who were/are your biggest influences?
When I began editing: Mainstream novel editor Maxwell Perkins for his close work with his authors; Harlan Ellison for creating two of the most influential original sf (often bordering on horror) anthologies in history: Dangerous Visions and Again Dangerous Visions. Judith Merril for creating her genre-smashing Best of the Year reprint anthologies. More recently, I’ve been influenced by those who have been encouraging translations into English of specific work (there’s not as much of this in horror yet).

Was there ever a time you felt being a woman affected your career (for better or for worse)?
When I first started in mainstream book publishing in the mid-70s, classicism affected me much more than my being female. Once I got into sf/f in the 80s there were occasional sexist/misogynist incidents, but they didn’t affect my career (in fact, by then they might have affected those who perpetrated their assholery more than me, as women in the field talked about the assholes). eg: Early on during my tenure at OMNI, a male who felt snubbed that I got the job he thought he was entitled to drunkenly tossed beer at me during a publishing party. It didn’t hurt my reputation, but it didn’t do his any good.

Starting in the late 80s, when I began editing the horror half of The Year’s Best Fantasy and Horror, I became more involved and expert in short horror fiction, acquiring some horror stories for OMNI and beginning to edit sf/f/h anthologies.

I and the few other female editors and reviewers in the horror field were attacked in an article for not liking a specific male writer’s work (he wrote the article). And there was at least one review complaining that an anthology I’d edited had “too many” women in it (in fact, fewer than half the contributors were women). Did those incidents affect my career? No. Did those incidents affect me personally? It made me realize that some readers think that any number of women in an anthology is too many or that some people are so biased they can’t count. And that some writers are overly sensitive/defensive.

Do you feel women’s role in the horror genre could be improved? If so, how?
There are more female horror writers today than ever before – their work should be getting more attention on a regular basis. Not just for one month a year. Publications should be running more reviews of fiction and nonfiction by women. Men have traditionally been taught to be assertive; to not give up. Keep submitting, etc. Women are still told to be quiet and not speak up. If we’re assertive we’re called “pushy.” There’s a difference between assertive and aggressive. To all new woman writers out there (well, to all new writers, male or female): get your work out there – keep submitting, get published, and stand behind it.

Ellen Datlow has been editing sf/f/h short fiction for four decades. She was fiction editor of OMNI Magazine and SCIFICTION and currently acquires short stories and novellas for Tor.com. She has edited many anthologies for adults, young adults, and children, including The Best Horror of the Year series and Echoes: The Saga Anthology of Ghost Stories.

Forthcoming are the all-original anthology Final Cuts: New Tales of Hollywood Horror and Other Spectacles, and the reprint anthologies Edited By and Body Shocks. She has won multiple Locus, Hugo, Stoker, International Horror Guild, Shirley Jackson, and World Fantasy Awards plus the 2012 Il Posto Nero/Black Spot Award for Excellence as Best Foreign Editor. Datlow was named a recipient of the 2007 Karl Edward Wagner Award, given at the British Fantasy Convention for “outstanding contribution to the genre.” She was honored with the Life Achievement Award given by the Horror Writers Association in acknowledgment of superior achievement over an entire career and honored with the World Fantasy Life Achievement Award at the 2014 World Fantasy Convention.

She runs the Fantastic Fiction at KGB reading series in the east village, NYC, with Matthew Kressel. She can be found on Twitter and Facebook (google her).