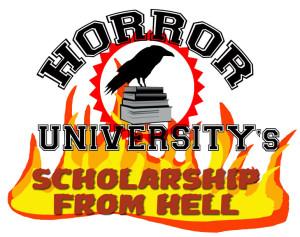 The Horror Writers Association is pleased to announce its 2022 Scholarship from Hell winner, Tracy Cross! 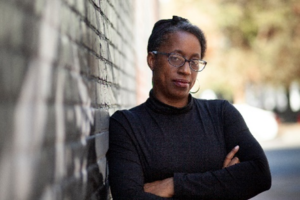 Tracy Cross’s work has been featured in several podcasts, including ‘Nighty Night with Rabia Chaudry (advocate and author of the New York Times bestselling book “Adnan’s Story”). She also has had several stories published in mass-market anthologies. She is hoping to publish her first book, Rootwork, a folk horror homage to her late grandmother, in 2022. She describes her writing as “exciting stories with breadcrumbs” that lead the reader to an unexpected and rewarding ending. She lives in Washington, DC, is a member of the HWA, and is a huge Prince fan. She loves disco and shares her latest exploits and information on her blog: tracycwritesonline.com.

Tracy impressed the convention committee with her commitment to pushing her writing beyond traditional boundaries, developing her unique voice as a horror writer, and deepening connections within the horror community.

The HWA is also pleased to announce a special virtual Scholarship from Hell winner, Rosemary Thorne! 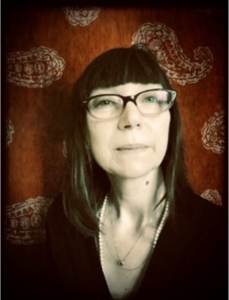 Rosemary Thorne is a Spanish bilingual writer, researcher and translator living in Madrid, Spain. Bachelor in Journalism, with a Master’s Degree in archives, record management and librarianship, she has been her entire life producing horror fiction in her mother tongue, with no local professional encouragement whatsoever. In 2019 she decided to become an HWA member and began to think of the genre in English terms.

She was born in 1968, year of shocking revolutions, beautiful women, and excellent red wine. That’s why she has never given up: after twenty years drafting, raising a son as a single mum, and surviving two worldwide crises, she finally put together her second novel, which was published in Spanish in December 2021. One of her subjects of research is to analyse the way folk legends turn first into literature and then into movies, proving her points in a brief essay about 16th-century Hungarian aristocrat Erzsébet Báthory. Her goal is to have her novel and stories translated into several languages and to populate the world with her monsters. She also wants to contribute to elevating the prestige of the genre, putting forward in the debate that a Horror writer is as worthy of being considered for major awards such as the Nobel Prize for Literature as any other professional.

Since 2021 she has volunteered in the HWA Chapter Program, liaising with its international chapters and helping to promote the Horror genre in Europe.

Find out more about her: https://linktr.ee/Rosemary_thorne

Rosemary impressed the convention committee with her deep, long-term commitment to horror writing and her perseverance and persistence in writing horror in a region that discourages the genre.

The Scholarship from Hell is the only scholarship offered by HWA that puts the recipient right into the intensive, hands-on workshop environment of Horror University. Horror University takes place during HWA’s annual StokerCon. The winner of the Scholarship from Hell receives domestic coach airfare (contiguous 48 states) to and from the StokerCon venue, a 4 night stay at the convention, free registration to StokerCon, and as many workshops as you’d like to attend!

The Scholarship from Hell is made possible by monies received by HWA from the Authors Coalition.

Learn more about all the HWA’s scholarships and grants here: http://horrorscholarships.com/.