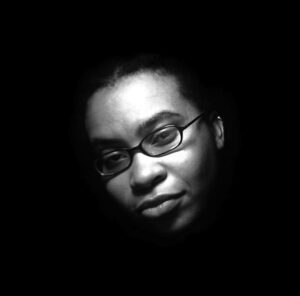 Tenea D. Johnson is a multimedia storyteller, musician, editor, arts & empowerment entrepreneur, and award-winning author of 7 speculative fiction works, including 2021’s releases, Frequencies, a Fiction Album and Broken Fevers, of which Publisher’s Weekly wrote “the 14 hard-hitting, memorable short stories and prose vignettes in this powerhouse collection … are astounding in their originality” (starred review). Her debut novel Smoketown won the Parallax Award for excellence in a speculative fiction work by a person of color while R/evolution earned an honorable mention that year as well.

I don’t know that I was ever inspired—just compelled. It would have been unnatural not to write and whenever possible I follow my nature.

As in all of writing, the possibilities. Sometimes what stories explore makes some uncomfortable and sometimes that productive discomfort is the point, but at others it’s just that the reality being presented is inherently unpleasant. I think of my work as more psychological or thrilling. I grew up watching a good bit of supernatural horror and probably watch and read more varied horror today. For me it’s the unflinching and unexpected work that stays with me. That’s also what I try to create.

The only stories I’ve written without African diaspora characters were set on alien worlds—and even then it’s possible they were just from a more far-flung diaspora. I populate my worlds with the people I see, and that’s everyone. I don’t trust homogeneous worlds. I feel like a story better be a damn good reason for one. Somewhat similarly, I tend to think of my themes as universal—even if they, say, happen to involve Transatlantic slavery.

Always I seek to portray the truth. I was recently commissioned to do a story about the Spiral Collective, a group of Black visual artists in the Civil Rights era and the pamphlet from their only show stated that “if possible, in these times, we hoped with our art to justify life.” That quote stuck with me because those who’ve come before me have allowed this truth: I hope to never have to do that. They’ve granted me the privilege of saying I don’t think I ever have.

You know, I didn’t tend to think of a lot of it has horror going in, but certainly see how the label fits. I believe that we get through things, not over them. Sometimes the way through involves terror and tribulation—also that hope can be a twisted thing and at times you find flecks of it in the most unexpected places.

The publishing industry for horror is paying more attention to different voices and some different stories. I hope it will continue to evolve; if not, it will die whether it knows it or not.

I don’t think I’ve read a story about the Black community in the genre that was written by someone outside of it (conscious decision) so I can’t speak on that. The stories I have read range far and wide and, overall, I’ve been pleased with what I found. I hope that we see more and more stories from the entirety of the diaspora.

Though not classically thought of as horror, I find Beloved to be a work of speculative fiction and the eponymous center of that novel an incredible character.

I’m a sucker for anthologies so I’d recommend people check those out to discover the depth and breadth of work. Start with Sycorax’s Daughters. I’m in it but that’s not why.

Be original. There are tropes and then there are repetitions. If so inclined, present the former, not the latter.

Stay true to your voice; honor it by working on your craft to articulate yourself exactly as you’d like and be very clear on what success means to you and how best to achieve it.