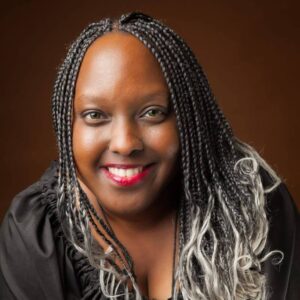 I inspired to write after I wrote my first scary story in 10th grade. It involved a Thanksgiving dinner gone horribly wrong. I fell in love with the horror genre when I was 4. Where the Wild Things Are was the first horror book I read, and it remains one of my favorites to this day. I graduated to King in elementary school along with Poe and then to others later in life like Shirley Jackson, L.A. Banks, and Tananarive Due.  My favorite authors are Stephen King, Shirley Jackson, Octavia Butler, and Robert B. Parker

Horror allows me to indulge my righteous anger without repercussions from society. In horror, I can be free to do and engage in the nightmares, hope, and wrath that are often missing in every day or frowned upon. Horror is freedom.

It isn’t always a conscious effort to include characters from the African diaspora, but because I am African American most of my protagonists are. The first person I write for is me, and I want to see myself reflected in stories.

Writing horror teaches me that Scooby-doo and the gang had it right. The real terrors are human beings and for much of my horror writing, this remains true. As an African American, I do not fear ghosts and zombies as much as I do man. Horror allows me to express myself in an unrestrained way and to delve into those darker parts of myself for examination. I grow through horror writing.

Over the last few years, since the success of Lovecraft Country, there have been a handful of Black horror works from major streaming channels, which is good to see. The genre has been a bit more open with its work towards acknowledging new and diverse voices in the genre. HWA has been working hard on this and not only applying lip-service a genuine effort, which I would love to see continue as we move forward.

There’s progress in terms of representation. Linda Addison had worked extremely hard in paving the way but also reaching back. As I mentioned in the previous answer, HWA has done work to pry open the door wider for diverse voices but there’s so much more work to be done.

As problematic as she is, Susannah Dean from a href=” https://stephenking.com/” target=”new”>Stephen King’sDark Tower series is a favorite. I also like Damali Richards of L.A. Banks’Vampire Huntress series.