Black Heritage in Horror: An Interview with Linda D. Addison 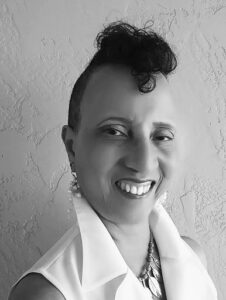 Linda D. Addison is an award-winning author of five collections, including The Place of Broken Things written with Alessandro Manzetti, & How To Recognize A Demon Has Become Your Friend, and the first African-American recipient of the HWA Bram Stoker Award®. She is a recipient of the HWA Lifetime Achievement Award, HWA Mentor of the Year and SFPA Grand Master of Fantastic Poetry. Addison has published over 380 poems, stories and articles and is a member of CITH, HWA, SFWA and SFPA. She is a co-editor of Sycorax’s Daughters, an anthology of horror fiction/poetry by African-American women. Catch her work in Black Panther: Tales of Wakanda, The Magazine of Fantasy & Science Fiction (May/June), Classic Monsters Unleashed and Giving the Devil His Due.

I had a very active imagination when I was younger, kept alive by my mother telling us stories she made up, often putting characters in them with our names. Since I was the oldest it was my job to keep the rest of the children entertained. The idea of making up fantasy stories came natural after listening to my mom. It was later that I started thinking about wanting to have my own work in print, like the books that I enjoyed reading.

I actually started writing in SF/fantasy, which I read in Junior High and High School. When I graduated from college and I was out in the world, I became ready to face my own fears. It has been said that horror is an emotion, once I opened to that emotion, which includes fear, anger, etc. there was no closing to it.

Themes come naturally from my feelings and reactions to living as a human that is also Black, female, older, etc. I’m very aware of what my characters look like in my stories, often they are African diaspora, but not always. I’m interested in different cultures around the world, so I’ll place my stories in a country/culture that I’m not familiar with and therefore I have to research a different culture.

One thing I’ve learned is that facing negative feelings like anger, fear, frustration, etc. is healthy. I can allow those feelings to interpret through my writing in a way that gives voice to this emotions, so I can communicate them to the world. I’ve had feedback from readers that my writing has touched them in different ways and that makes me very satisfied; a surprising effect.

For sure in the 50 years that I’ve been writing I see changes. Per diversity: In the beginning there were so few Blacks (and others) in genre writing. Since then it has increased in horror and science fiction and fantasy, which is good. The birth of black publishers and self-publishing has created an outlet for Other authors to offer their work to readers, in addition to the traditional publishers. We need this expanding to include more Others to continue. There are many different kinds of stories to be told and and creators to be seen. A big part of making this happen is for the publishing field to increase awareness and be willing to work at including other voices and realize that decision makers need to include Others.

This is a continuation of the previous question as we see more Black creators on Best of lists and awards, but there’s still places that are lacking. Some publishers/editors and organizations (ex. Twisted Book of Shadows anthology, HWA) have put in effort to be more mindful to include Black creators, but more needs to be done. To say you want to include other voices isn’t enough, action to change how reaching out is done is what makes change.

There are so many, but some are:
In fiction: Sethe from Beloved by Toni Morrison; Shori Matthews from Fledgling by Octavia E. Butler; Akai from Destroyer by Victor LaValle; Angie from The Promise Keeper by L. Marie Wood; Cozy from Lipstick Asylum by Nzondi (Ace Antonia Hall).

I feel it’s very important for horror authors writers is to write from their authentic emotions, what is it deep inside of you that makes you angry, fearful, frustrated; even if the story or poem that you’re writing at the time isn’t that exact thing, the work you create will be flavored by your authentic feelings and that will make it connect with the reader.

The advice I have lived by: