Black Heritage in Horror: An Interview with Chesya Burke 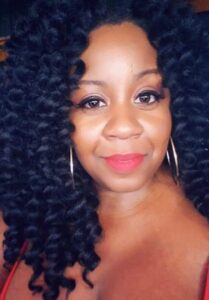 Chesya Burke is an Asst. Professor of English and U.S. Literatures at Stetson University. Having written and published over a hundred fiction pieces and articles within the genres of science fiction, fantasy, comics and horror, her academic research focuses primarily on the intersections of race, gender and genre. Her primary areas of study are in African American literature, race and gender studies, comics and speculative fiction. Chesya received her Master’s degree in African American Studies from Georgia State University, and she wrote several articles for the African American National Biography published by Harvard and Oxford University Press. Burke is the Chair of Stetson University’s American Association of University Women (AAUW), and her story collection, Let’s Play White, is being taught in universities around the world.

I can’t say what “inspired” me, per se. I’ve just always wanted to tell stories for as long as I can remember. I recall being in about the third grade and I always had a pen and paper in my hand, scribbling and writing just random stuff. I wrote a story I was particularly proud of and gave it to my teacher and she loved it so much she read out to the class—just like she read the “real” books, you know. Then we discussed it like we did all other stories, as if it was just as important as those others. I was hooked.

Later, one of my friends came to me saying she didn’t understand the story and asked me to explain it to her. That was when I started to understand that people come to stories from different perspectives. I had never really thought about it like that before. So, what inspires me now is to tell stories that make people think beyond their own perspective.

My mother was a horror buff. She loved it—the supernatural, not the slasher stuff. As a young kid, I could watch any horror movie or scene, as long as it didn’t have a sexual element. So, demons, ghost, death = good (or at least entertaining); sex = bad. I laugh about it now, but it was serious a thing. “Hide your eyes!” was a common phrase in my house growing up. Lol.

Now, we could have a whole analytical discussion on our puritanical society and the conceptualization of sex as evil (especially when coupled with the idea that women who enjoy it are “not good girls”), while death and murder are seen as simply a part of everyday life, and dare I say necessary. But there is an added layer because I also grew up in Hopkinsville, KY. The land of Edgar Casey, the Trail of Tears and Hopkinsville Goblins (seriously, look it up). So, I had always grown up with “real” stories of ghost and ideas of our town/the land/and by extension the people who inhabited it (us!) as being “cursed” and harboring something very dark, and/or “amazing” and harboring something very powerful.

Honestly, I didn’t have any choice but to be exactly what I am. In some ways, horror was really the only outlet for me. In others, it was the worse place for a Black woman who simply wanted to tell stories that relate to me because I was often told that I didn’t belong in the genre.

Yes. But only if you recognize that white people who write about white people are also making a “conscious effort” not to write about Black people. In that, I want to portray us as people. As the subject of our own stories. As autonomous “human” beings. These are things that the literary canon and horror canon have too often failed to do, unfortunately.

Interesting question. It has several layers. There is horror (as literature) and the horror genre. Writing horror has placed me within the horror genre. That is a different experience than simply writing horror. Writing horror is about the human experience. Horror allows me to explore the worst and the best of mankind, while remaining relatively safe within the confines of my four walls. On the other hand, the horror genre has not been particularly safe for me. It has taught me that I am strong and quite literally don’t give a fuck what anyone thinks of me or my art. When a room full of horror writers (male and white) can watch another white male horror writer call me Aunt Jemima and I can walk away and still write the next day? It teaches me that weakness lies in silence and that my strength is in my voice. The horror genre can thank itself for much of my understanding of race and racism and the way they function in the world.

Yes. And no. It’s a way different landscape than when I first came into the genre. In the beginning, outside of Tananarive Due, there were about four of us (Linda Addison, Maurice Broaddus, Wrath James White and me). That makes 5 of us. There were one or two others over the years, but for the most part, this was it.

When it comes to race and gender, horror has always been problematic. I don’t think this is a particularly controversial thing to say anymore. But at one point it was very difficult to have these conversations. Because I talk about these issues, I have been threatened, I’ve been doxed, I have had websites devoted to hating me…the list is long.

In the world of Black Lives Matter and #MeToo, however, I can see a landscape shift. But, of course, there is real resistance to progress. So, yes, there is some progress, but there’s also lots of pushback. I will give the horror genre no more than this.

We all know how Black people are treated and represented in the genre. I will not waste my time trying to explain the thing that there are whole books, films and articles/essays written about. If you don’t see the problems, it’s willful. I have no hopes that the horror genre will do any better in the future. I did for a long time. Not anymore.

Not fiction, but the character that sticks out is Selena from 28 Days Later. When it comes to horror, let’s be honest, unless I (or other Black horror writers) wrote them, for a long time there
were few Black characters—particularly Black women characters—in horror literature or films. Even fewer that could count as “favorites.” And it’s not much better now.

Always and forever, Maurice Broaddus. He is the nice guy to my “very not nice.” Linda Addison, you know her, but don’t sleep on her. She’s putting out some of her best stuff of late. K. Tempest Bradford, who has a kick ass MG coming out. Others are Craig L. Gidney, Victor LaValle (who needs no introduction from me), Crystal Connor and so many others. If you are looking for scholarship on Black horror, I highly recommend Kinitra Brooks.

Don’t think your descriptions of blue aliens, red eyed monsters or The Other represents anything other than your refusal to interrogate the true horrors within society—which begins with the deconstruction of whiteness.

Horror is not limited. It is not only haunted houses, people or places. It’s not only murderers and rapists, or gore and torture. I often, jokingly, say that white people, particularly white men, do not have any natural predators, so they don’t “truly” fear anything. While I’m mostly joking when I explain this, the point is that fear (horror) is not just a bunch of words thrown on a page, or lavash descriptions of bloody rapes and torture. It doesn’t work anymore to just play on racially constructed images of the Black body (Voodoo, zombies, ect.) or write Black people into the story to die for your whiteness (the magical negro). Horror is so much more than the limited view you get from inside the genre. Go outside of horror: nonfiction, academic stuff, everything. Strive to understand the Black and marginalized experience, which too often in this country, is where true horror lies. Don’t think your descriptions of blue aliens, red eyed monsters or The Other represents anything other than your refusal to interrogate the true horrors within society—which begins with the deconstruction of whiteness.

Don’t stop. Ever. No matter what they say.