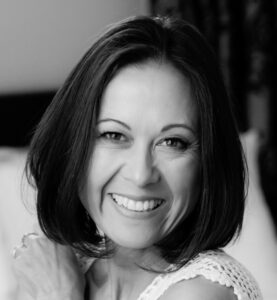 Do you make a conscious effort to include Asian diaspora characters and themes in your writing and if so, what do you want to portray?

Oh, dear. This is going to be a saga…

I’ve always been a scribbler. However, it wasn’t until when my children were young, and we were living abroad, that I started a children’s middle-grade manuscript. A time-travel adventure set in the New Zealand bush, it allowed me to visit my country in my imagination; it was a means of writing myself home. No Asian characters in that one, just a homesick Kiwi. Later, when we were back living in New Zealand, I put that manuscript away (it wasn’t ready to go out, and I didn’t have the skills yet to fix it—although it did become my first book, and later won New Zealand’s Sir Julius Vogel Award for Best Youth Novel). Instead, I undertook some graduate papers in creative writing. For that work, I began a fresh manuscript, falling into the trap of write-what-you-know, and since, at that time, I was running long distances and training a bunch of women to get through their first marathon, I wrote a zany light-hearted novel about a woman finding her ‘path’ through marathon running which my tutor called contemporary women’s literature (okay, okay, it was chick-lit). The main character wasn’t me, she wasn’t Asian, or even mixed-race like me, but parts of her were me, in the way that characters take on something of ourselves. For example, Melanie (her name was Melanie) never felt enough, nothing she did was sufficient, and even when she succeeded, success felt hollow. Mostly, she didn’t feel she belonged in her own family; she was a monster in her own skin. The book wasn’t a bestseller; I didn’t know the genre was already on the way out with traditional publishers. Still, I don’t regret that practice book, because not only did it make me realise how much there was still to know about writing, but I also learned that I wanted to write deeper stories, where the focus wasn’t on cupcakes, wardrobe malfunctions, and winning the day. I wanted to explore the things that frightened me most about the world, and that change in emphasis naturally brought me to the dark side, to speculative fiction, and to horror. I turned my focus to monsters. Later, I would write supernatural crime-noir trilogy The Path of Ra (Raw Dog Screaming Press) with my Kiwi co-author, Dan Rabarts. For that series, a dual-protagonist investigative series, I borrowed more of myself for my character, scientific consult to the police Dr Penny Yee. Like me, Penny is an overanxious Chinese New Zealander who suffers from many of the usual hang-ups of Asian women: perfectionism, a strong sense of filial duty, and crushing self-doubt. Of course, she is also not like me at all, in the way that characters have a way of developing their own personalities. I loved writing her because I got to dust off my science degrees for a bit, but also, alarmingly, because she was the first Asian New Zealand character I’d ever seen in fiction. And look! She’s a bit like me. So I guess the answer to your question isn’t so much what I wanted to portray, but what I wanted to see. Someone who might have been me. My mother or my daughter. Because if we want to see representation in fiction, sometimes we have to roll up our shirtsleeves and do it ourselves. Fast forward a few more years to 2019, when I was attending Australia’s GenreCon, and I ran into Geneve Flynn ahead of a panel. Two conscientious Asian girls, we’d both arrived too early. The rest is history really: that pre-panel chat resulted in the two of us curating Black Cranes: Tales of Unquiet Women (Omnium Gatherum), including four stories of our own, and a year later we would join forces with

poets Christina Sng and Angela Yuriko Smith to continue the conversation in Tortured Willows: Bent, Bowed, Unbroken. I’m so proud of these books, both of which explore the everyday horror faced by Asian women of the diaspora. And it seems they have resonated for readers too because Black Cranes: Tales of Unquiet Women went on to win the Bram Stoker and Shirley Jackson Awards, and was nominated for the British Fantasy, Aurealis, and Australian Shadows Awards. And Tortured Willows currently appears on the Bram Stoker Award final ballot for poetry. We’re grateful too for the dialogue the works have created; offering us a chance to showcase Asian perspectives at a time when anti-Asian sentiment has been growing. The opportunities for dialogue are growing too. As I write this, I’m preparing to talk to a group of New Zealand high school students, about my poetry and my experiences growing up as a third-generation Chinese New Zealander. Our Black Cranes are still in flight and the flock is growing, the group conjuring more stories, novels, and screenplays that reflect the diverse experiences of our Asian sisters. Just this week I have been editing twenty-two exquisite real-life experiences of otherness, identity, and expectation written by Asian women in horror, personal stories seen through the lens of spirits, superstition, and the supernatural. Unquiet Spirits: Essays by Asian Women in Horror will release from Black Spot Books in February 2023. So while I didn’t really start out to consciously include Asian diaspora characters in my writing, it seems they have found me. And weirdly, I have come full circle, on a kind of time-travel adventure, back home to where I started, writing what I know, my Chinese Kiwi experience.

How do you feel the Asian community has been represented thus far in the genre, and what hopes do you have for representation in the genre going forward?

Well, we’re not all Bruce Lee.

I think one of the things that Geneve and I noted while putting together Black Cranes was the diversity of experience of our writers, and while there were many things common to each of us, there were many more that were different. It’s the richness of these perspectives—the result of myriad factors, including but not limited to heritage, culture, lifestyle, gender, sexuality, home country, history, events, and experience—needs more attention.

The fox spirit (huli jing in Chinese, kumiho in Korean, or kitsune in Japanese), holds immense fascination for me and is the subject of an upcoming poetry collection. Feared and reviled by women and men, the beguiling creature tries on the skulls of her victims, shapeshifting to take on their personas in her lonely struggle to ascend to her true home in the celestial palace. An appropriate metaphor for Asian horror.

Everyone in this HWA Asian Heritage Month series! Please read them all!

Recently, I was Associate Editor for Flame Tree Press’s anthology Asian Ghost Short Stories, released in April 2022, and I highly recommend this as a great sampler of historic and contemporary stories by Asian writers, many of whom you’ll find on the list above.

Another exciting edition to the Asian horror genre that I’m looking forward to is Yi Izzy Yu and John Yu Branscum’s English translation of Zhiguai: Chinese True Tales of the Paranormal and Glitches in the Matrix, coming in July of this year, which promises to be a wonderful mix of weird and dark tales of contemporary China.

And to the Asian writers out there, what advice would you give them?

Don’t be afraid to be unquiet.

Zhiguai, Chinese True Tales of the Paranormal and Glitches in the Matrix: