The Horror Writers Association (HWA) is proud to announce it will present the Bram Stoker Vampire Novel of the Century Award at the Bram Stoker Awards Banquet in 2012. The Banquet will be held at World Horror Convention in Salt Lake City on 31 March next year.

The Award will mark the Centenary of Bram Stoker’s passing in 1912. Stoker was the author of the iconic novel, Dracula and HWA is giving this special Award in conjunction with the Bram Stoker Family Estate.

A Jury, chaired by Leslie S. Klinger, one of the world’s foremost authorities on Dracula, has been appointed, including Jo Fletcher, Ron Breznay, James Dorr, and Linda Addison. The Jury will shortly call for recommendations for possible nominees from members of the Horror Writers Association.

HWA President Rocky Wood said, “HWA is proud to present our iconic Award on the centenary of Bram Stoker’s passing and pleased to be doing so in conjunction with the Bram Stoker Family Estate. While Stoker’s novel is undoubtedly the most influential of all vampire fiction, we look forward to recognizing the vampire novel that has had the greatest impact since publication of Dracula.”

The Jury will determine six nominees for the Award and select the overall winner. The nominees will be announced in late January 2012. To qualify, a work must have been originally published in any language during the years 1912-2011, but must have been published in English as well. Although there are numerous excellent series of vampire fiction, the Jury will select a single book, not a body of work. 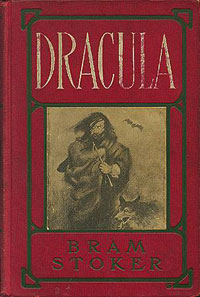 Works originally published in serialised form and later collected in book form will be considered as well as those published originally in periodicals or as books. There is no minimum word count for qualification, although short stories will not be considered.

Chair Leslie S. Klinger
Considered one of the world’s foremost authorities on Dracula, Klinger is the editor of The New Annotated Dracula, published by W. W. Norton in 2008 to critical acclaim. He has also edited In the Shadow of Dracula: Classic Vampire Tales, 1819-1910, an annotated collection to be published shortly by IDW Books, and wrote “Vampire Love” for Playboy Magazine. He teaches a course on Dracula at UCLA Extension and has lectured extensively on vampires and supernatural fiction. His introductions and essays have appeared in numerous books, graphic novels, academic journals, newspapers, and magazines; he also reviews books for the Los Angeles Times. He is Treasurer-Elect of the Horror Writers Association and a member of the Transylvanian Society of Dracula, the Vampire Empire, and the Dracula Society.

James Dorr
Mr. Dorr is a short story writer and poet with three to four hundred publications from ALFRED HITCHCOCK’S MYSTERY MAGAZINE to XENOPHILIA. An active member of HWA and the Science Fiction Writers of America, Dorr’s latest book is a collection of vampire poetry, VAMPS (A RETROSPECTIVE), published in August 2011 by Sam’s Dot Publishing.

Linda Addison
Ms. Addison grew up in Philadelphia and moved to New York after college and has published over 200 poems, stories and articles in a variety of media. She has always loved the concept of the undead, subsisting off the blood of the living. Who wouldn’t want to transform into a bat or mist and be irresistible to others? Linda is an HWA Trustee, a Bram Stoker Award winner, and looks forward to (re)reading books about one of her favorite subjects.

Ron Breznay
Mr. Breznay is a writer from Wilkes-Barre, Pa., USA, and was introduced to the horror genre by reading a vampire novel. He’s read quite a few since and looks forward to reading even more now. Ron serves as HWA Trustee and has published dozens of articles in the genre. He has researched and written about many classic horror writers.

Jo Fletcher
Ms. Fletcher is publisher and director of Jo Fletcher Books, the sf/fantasy/horror imprint of Quercus Publishing Plc. She is also an award-winning poet and writer, and spent many years as a Fleet Street journalist. She was won both the World Fantasy Award and the British Fantasy Society’s Karl Edward Wagner Award. She lives and works in London.