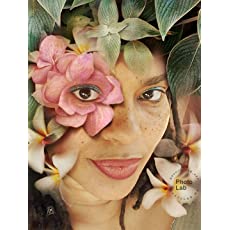 Violette L. Meier is a supernatural fiction, fantasy, and sci-fi writer. She is also a poet, folk artist, and spiritual revolutionary. The great-granddaughter of a dream interpreter, Violette is a lover of all things supernatural and loves to write paranormal, fantasy, and horror. She is always working on something new and is the author of five novels, two short story collections, two children’s books, two volumes of poetry, and a book of inspirational quotes. 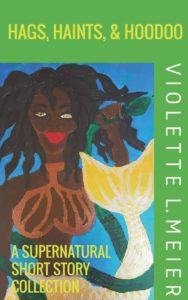 Her latest book, Hags, Haints, and Hoodoo: A Supernatural Short Story Collection, was released January 24. Read about a sexy boo hag named Peaches, werewolves on a date, Mami Wata (an African water spirit) making a deal during an HBCU homecoming, a deadly goddess being born in ancient Kemet, and a variety of other electrifying tales.

From story: “After the Sky Fell.”

“When the fire from heaven stopped falling, Sheebah stood surrounded by tattered flesh and splattered blood. She cried out for her family but could not decipher one torn limb from another. She stood alone amidst the gory death garden in awe of the total destruction; metal and plastic from the playground married flesh and earth in jagged pieces of muck. Nothing resembled its original state. Only Sheebah was unscathed.

A white suit leaned in to observe Sheebah closer, then scribbled something on its clipboard. Three more white suits came to her bubble and leaned in towards her, their mirrors tilting to the side. One of the suits began to unzip Sheebah’s bubble. Once open, the white suit held its hand out to Sheebah. She reluctantly reached out but did accept because she wanted to be free of her plastic prison.” 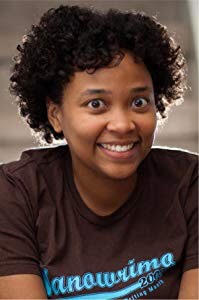 Nicky Drayden is a Systems Analyst who dabbles in prose when she’s not buried in code. 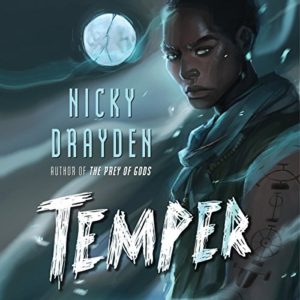 She resides in Austin, Texas. I recommend her work, Temper, one that members of HWA should read if you haven’t already. The book has 163 reviews on Goodreads.

Here is a summary for her acclaimed novel Temper:

Can this relationship survive?

“Auben Mutze has more vices than he can deal with—six to be exact—each branded down his arm for all the world to see. They mark him as a lesser twin in society, as inferior, but there’s no way he’ll let that define him. Intelligent and outgoing, Auben’s spirited antics make him popular among the other students at his underprivileged high school. So what if he’s envious of his twin Kasim, whose single vice brand is a ticket to a better life, one that likely won’t involve Auben.

The twins’ strained relationship threatens to snap when Auben starts hearing voices that speak to his dangerous side—encouraging him to perform evil deeds that go beyond innocent mischief. Lechery, deceit, and vanity run rampant. And then there are the inexplicable blood cravings …”

See more of her work at http://www.nickydrayden.com or catch her on twitter @nickydrayden. 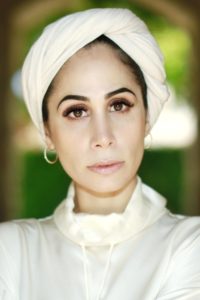 Tahereh Mafi is the New York Times-bestselling and National Book Award-nominated author of books for children and young adults. The final book in her Shatter Me series, Imagine Me, hit shelves March 31. 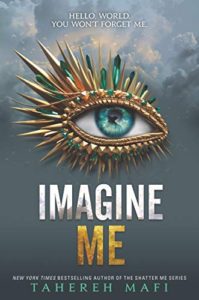 About Imagine Me: Juliette Ferrars. Ella Sommers. Which is the truth and which is the lie?

Now that Ella knows who Juliette is and what she was created for, things have only become more complicated. As she struggles to understand the past that haunts her and looks to a future more uncertain than ever, the lines between right and wrong—between Ella and Juliette—blur. And with old enemies looming, her destiny may not be her own to control.

The day of reckoning for the Reestablishment is coming. But she may not get to choose what side she fights on.

I was getting claustrophobic in the dining hall, spending endless hours with the ill and injured. The colors of the room had begun to bleed together, all the linen and ash-colored cots and the too-bright, unnatural light. The smells were intense, too. Blood and bleach. Antiseptic. It was making my head swim. I woke up with a massive headache this morning—though, to be fair, I wake up with a massive headache almost every morning—but being outside is beginning to soothe the ache.

It’s nice out here, even if it’s a little hot in this outfit. I’m wearing a pair of old fatigues I found in my room. Sam and Nouria made sure from the start that we had everything we needed—even now, even after the battle. We have toiletries. Clean clothes.

Warner, on the other hand—

I squint at his retreating figure. I can’t believe he still hasn’t taken a shower. He’s still wearing Haider’s leather jacket, but it’s practically destroyed. His black pants are torn, his face still smudged with what I can only imagine is a combination of blood and dirt. His hair is wild. His boots are dull. And somehow—somehow—he still manages to look put together. I don’t get it.

I slow my pace when I pull up next to him, but I’m still power walking. Breathing hard. Beginning to sweat.

“Hey,” I say, pinching my shirt away from my chest, where it’s starting to stick. The weather is getting weirder; it’s suddenly sweltering. I wince upward, toward the sun.

Here, within the Sanctuary, I’ve been getting a better idea of the state of our world. News flash: The earth is still basically going to s—. The Reestablishment has just been taking advantage of the aforementioned s—, making things seem irreparably bad.”

Mafi can usually be found over-caffeinated and stuck in a book—or online just about anywhere @TaherehMafi. You can visit her Web site at https://www.taherehbooks.com/.