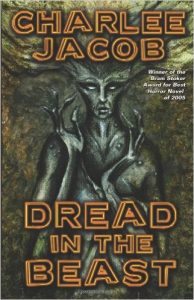 Special thanks by Sanda Jelcic and Alessandro Manzetti for conducting this interview.

Tell us a little about your Bram Stoker Award-winning works. Inspirations? Influences? Anecdotes about the writing or critical reaction?

An anecdote? A Publisher’s editor after reading one of my books said that their readers were too stupid to understand what I was saying. Well, within next week or something I got a letter from another Publisher, a very smart person, very educated, who said “my readers aren’t stupid’. So, don’t back down, just keep doing it.

But the problem is not only publishers or editors: when I said I was a writer people said “Oh, really, you are a writer?” Then I said “I write horror” and suddenly they looked at me as I was a sort of leper or something, just because I mentioned horror.

I was absolutely stunned, I would not have expected it. My work is wreathed, it tends to be more realistic, it can be difficult to relate to readership, and sometimes to critics. But disabled as I am, because of the Parkinson, gives me now a different prospective in some way. Anyway, even if i fall a lot, I’m full of bruises and I have great troubles to deal a movement, I got strong bones, I don’t break and continue to work as to feed my passion for writing. I think this is a good pay off for my horror writing career. I hadn’t expected the Stoker to bring me riches and fame.It didn’t. I do wonder how poetry is treated in Europe.Perhaps it is as the Literary device it is intended to be.

Yes, they say that women can’t even write horror, especially using more graphic elements. I’ve been to conventions and panels, and all the time people would say that women can’t even begin to write extreme horror, because it’s so violent. You also get reactions from people reading the works thinking that women don’t write very good horror: well, some of the biggest writers out there are the women for horror! Women are still stuck in the Victim Category.

Don’t use your real name! That was right from the guts! Just kidding, but seriously, most of the time I actually wish to had not let people right away know that I’m a woman, just because of the reactions. The name Charlee helped me in these situations. We’re a bit weird here, in the United States, and elsewhere, but not enough to believe that women could write good horror.

I started a new novel called ‘Contaminant’, about scientific experiment, basically about an electronic contaminant disease that can destroy the world. It will be published by Necro Publication by the end of August. And I’m working on a new poetry collection, which will be published when I get it to finish.

And since some months ago my collection ‘Dread in the Beast’ was published the Italian, from Independent Legions, with a good acceptance from the readers, I hope other works of mine will be translated.