You can see any of The Seers’ Table posts since inception (March 2016) by going to the HWA main page and selection menu item: “Our Blogs / Diverse Works”.

Nicole D. Sconiers is the author of Escape from Beckyville: Tales of Race, Hair and Rage, a speculative fiction short-story collection that has been taught at colleges and universities around the country. Her short story, “Kim,” was published in the anthology Sycorax’s Daughters, which was a Bram Stoker Award® finalist.

Ms. Sconiers was a guest columnist for Nightmare Magazine’s The H-Word. Her short story, “The Eye of Heaven,” appeared in the anthology Black from the Future: A Collection of Black Speculative Writing, published by BLF Press, which received a starred review from Publishers Weekly.

Her short stories, “How to Become an Ancestor” and “70 Decibels,” appeared in the summer of 2021 in Lightspeed and Speculative City magazines. Her short story, “Epiphany” (excerpted below), is in the horror anthology December Tales just out from Curious Blue Press.

As a screenwriter, Ms. Sconiers was a semifinalist for the Sundance Screenwriters Lab for her screenplays The Brown Rose and Peter Mayo. She is currently working on a collection of horror stories and a horror podcast. 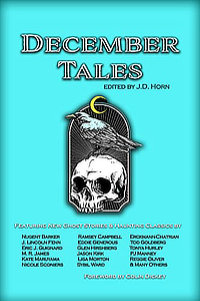 Winter of 1986 was a season of ice and blood in the projects. Most folks believe the summer months bring out violence, but that December the snow was dappled with road sludge and gore.

In Booker Plaza, the sixteen-story public housing building adjacent to my cousin’s house, a man was arguing with his girlfriend on their patio when he suddenly shoved her over the ledge. Her body slammed into the courtyard six stories below, where kids played basketball on hoops with no net. A teen from the neighborhood, high on crack, ran around with a Ginsu knife slashing at the local kids and ultimately lopping off his own finger. Drug dealers demonstrated what poor marksmen they were by gunning down everyone except their intended targets, including a four-year-old girl.

Violence is as fabled in the hood as order is in the suburbs, but that winter, crime took on a supernatural sheen, like an ornament on a Christmas tree of the damned.

Nicole isn’t much on social media, but you can learn more about her here: http://nicolesconiers.com/. 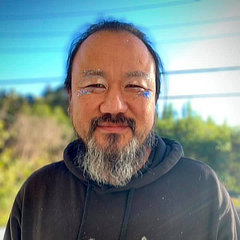 Chiwan Choi is the creator and host of “Are You There, Ghost? It’s me, Chiwan.” The podcast features interviews with storytellers, writers, and historians to discuss their experiences with hauntings and the paranormal. It’s a horror podcast with a literary twist.

Choi is a poet, writer, and publisher. He is the author of three full-length poetry books, including The Flood (Tia Chucha Press, 2010), Abductions (Writ Large Press, 2012) and The Yellow House (CCM, 2017). He is also the author of multiple poetry chapbooks and has been featured in KCET. LA Weekly called Choi the Jay-Z of Poetry. Choi is a partner at Writ Large Press, a member of The Accomplices, and an editor at Cultural Daily.

The podcast “Are You There, Ghost? It’s me, Chiwan” highlights authors such as Natashia Deón, Kate Maruyama, and Jessica Lanay. In the podcast, they discuss their paranormal experiences and how it has impacted their work.

In episode 3 of the podcast, Choi interviews poet, art writer, and librettist Jessica Lanay. Lanay is the author of the 2020 Winner of the Naomi Long Madgett Poetry Prize for Am-phib-ian. In their conversation, Lanay and Choi discuss the definition of the quintessential American horror story:

Lanay: “I think there is a way that the American horror story, the real American horror story, is not the story of suburbia being uprooted. It’s not the story of collective American spirituality being hijacked and harmful to other people. The collective American horror story is that the way that this place came into existence was through the massive, orchestrated waste and death of people who are First Nation or Native American, enslaved West Africans or people who would have considered themselves black after being seized or spending time in the Caribbean or even in the West African coast. There is a massive layer of blood in the ground, everywhere that we go because the comforts that we have right now still rely a great deal on death. And the fact that we go so much to push it down and tamp it down with our media, our food, our access to creature comforts and stuff like that just means that it is screaming at one point. And especially in towns like Pittsburgh. I lived in the hill when I first moved there, and I did an oral history project. It was amazing to me how the elder women, mostly over the age of 75, spent their youth in the hill, moved away and came back later as adults and when their children were grown, and they could point out where cemeteries used to be. Like ‘that house was built sitting on a cemetery’ or ‘that empty lot is a cemetery.’ Yeah, and thinking about the way that the American horror story, every horror story that takes place in the United States, for me, is just about White anxiety about all of the bodies that have been stepped on to reach creature comfort.”

You can learn more about Choi and the podcast at https://chiwanchoi.com/

Silvia Moreno-Garcia is Mexican born; however, she feels more adapted to the Canadian culture, and is an author, editor, publisher, and columnist. Silvia is known for many critically acclaimed novels, including Gods of Jade and Shadow, which received the Sunburst Award for Excellence in Canadian Literature of the Fantastic, also the Ignyte Award. Her novel, Mexican Gothic, has received the Locus Award, Pacific Northwest Book Award and the Goodreads Award. 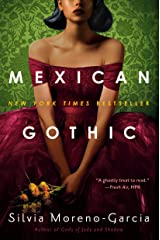 In Silvia’s role as editor, she has edited several anthologies, including She Walks in Shadows, which is a World Fantasy Award winner (in the U.S. the anthology’s name is Cthulhu’s Daughters). Silvia co-edited the horror magazine, The Dark, with Sean Wallace from 2017 to 2020. Silvia is the publisher of Innsmouth Free Press, and currently she is a columnist for The Washington Post.

Silvia earned a MA in Science and Technology Studies from the University of British Columbia. “Magna Mater: Women and Eugenic Thought in the Work of H.P. Lovecraft,” can be read online. 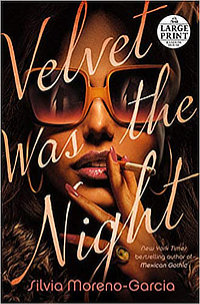 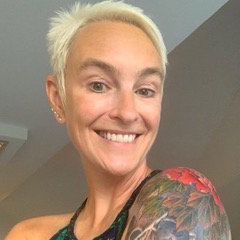 CJ Tudor is a British author writing the macabre from across the ocean, spreading her take on the genre worldwide. Working in a multitude of different jobs provided the author with plenty of experience to use in her writing from television presenter to dog walker, which was her profession when she began writing her first novel. Reading authors like Stephen King and James Herbert since childhood, Tudor didn’t get serious about writing until later in life but it was well worth the wait.

Her first novel, The Chalk Man, started her journey into publishing with a protagonist that could also be the antagonist. It’s a very unsettling read, making it difficult to determine which character deserves empathy. The story flashes back and forth from past to present, establishing links between prior transgressions to current crimes. It is loosely similar to Stephen King’s IT as it features a group of teens dealing with trauma, but that is where the similarities end. These horrors are more man-made, which are often worse than the supernatural. The best part is that SK himself is a fan of CJ’s writing, famously tweeting support for her work and comparing it to his own work. The Chalk Man won the International Thriller Writers award and eventually became a Sunday Times bestseller.

Tudor has published three more novels, with her most recent being The Burning Girls out earlier this year. Full of spooky twists and turns, the author’s latest offering doesn’t disappoint. A priest and daughter move to a small town and are immediately exposed to odd circumstances. The town holds its own secrets, and the priest is forced to solve them while dealing with personal issues and a teenager. Tudor employs a similar past and present tone, teasing the upcoming plot twists. Her books are a wild supernatural ride through the genre well worth the experience. 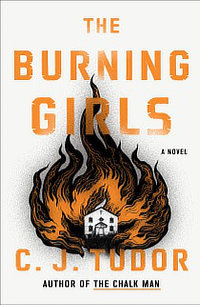 He stared at the small whitewashed house. Thatched roof, bright purple clematis crawling up its wall, bathed in the fading glow of the late-summer run. Birds chittered in the trees. Bees buzzed lazily among the bushes.

Here lies evil. Here, in the most innocuous of settings.

He walked slowly up the short path. Fear gripped his belly. It felt like a physical pain, a cramping in his gut. He raised his hand to the door, but it opened before he could knock.

The mother sagged at the doorway. Lank brown hair stuck to her scalp. Her eyes were shot through with blood and her skin was grey and lined.

This is what it looks like when Satan enters your home.

He stepped inside. The house stank. Sour, unclean. How could it have come to this? He looked up the stairs. The darkness at the top seemed thick with malevolence. He rested his hand on the banister. His legs refused to move. He squeezed his eyes tightly shut, breathing deeply.

He started to ascend. At the top, there were just three doors. A boy, slack faced, in a stained t shirt and shorts, peered around one. As the black-clothed figure approached, the boy pulled the door shut.

He pushed open the door next to it. The heat and smell hit him like a physical entity. He placed a hand over his mouth and tried not to gag.

The bed was stained with blood and bodily fluids. Restraints had been tied to each bedpost, but they hung loose. In the middle of the mattress a large leather case lay open. Sturdy straps held the contents in place: a heavy crucifix, a Bible, holy water, muslin cloths.

Two items were missing. They lay on the floor. A scalpel and a long serrated knife. Both slick with blood. More blood pooled, like a dark, ruby cloak, around the body.

He swallowed, his mouth as dry as the summer fields. “Dear Lord—what has taken place here?”

“I told you. I told you that the devil—“