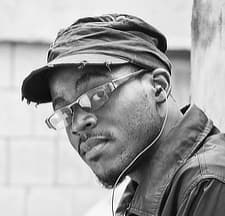 Brandon O’Brien is a writer, performance poet, teaching artist, and game designer from Trinidad and Tobago. His work has been shortlisted for the 2014 Alice Yard Prize for Art Writing, the 2014 and 2015 Small Axe Literary Competitions, and the inaugural Ignyte Award for Best Speculative Poetry. His work is published in Uncanny Magazine, Strange Horizons, Reckoning, and New Worlds, Old Ways: Speculative Tales from the Caribbean, among others. He is the former Poetry editor of FIYAH: A Magazine of Black Speculative Fiction.

New release August from Interstellar Flight Press, Can You Sign My Tentacle?: Cthulhu meets hip-hop in his book of horror poems that flips the eldritch genre upside down. Lovecraftian-inspired nightmares are reversed as O’Brien asks readers to see Blackness as radically significant. Can You Sign My Tentacle? explores the monsters we know and the ones that hide behind racism, sexism, and violence, resulting in poems that are both comic and cosmic. 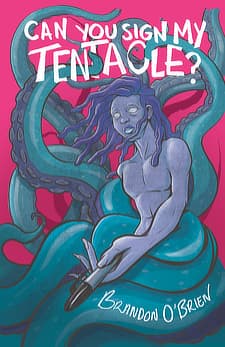 Recommended Reading: A poem from Can You Sign My Tentacle? Note: I read this out loud and loved it; try it!

Far stranger things have revealed themselves
in the spaces between the mundane and the much-more-than,
where bees unlock voix celeste,
where the dead just want All Fours partners.
He done learn sometimes the unknown
just need someone to sing in their direction.
When the guest holds out a tendril,
say “my daughter loves your work,”
Kitch already grinning.
Whatever words share in this moment
I could only believe:
song-stories from new and wilder places
trade in the breaths between uncapped marker
and stained vellum skin. Hastur nods.
How often do you get the chance
to share a moment this grand?
It must have stunned him to pure silence
thick enough to be mistaken
for dread. 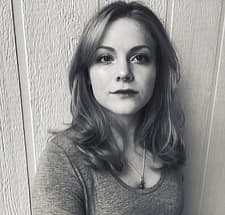 Alison Ames lives in Colorado with a lot of animals and her almost-wife. She loves birds, comics, and the rule of three. Her debut novel, To Break A Covenant, will be published in Fall 2021.

“Moon Basin has been haunted for as long as anyone can remember. It started when an explosion in the mine killed sixteen people. The disaster made it impossible to live in town, with underground fires spewing ash into the sky. But life in New Basin is just as fraught. The ex-mining town relies on its haunted reputation to bring in tourists, but there’s more truth to the rumors than most are willing to admit, and the mine still has a hold on everyone who lives there.

Clem and Nina form a perfect loop—best friends forever, and perhaps something more. Their circle opens up for a strange girl named Lisey with a knack for training crows, and Piper, whose father is fascinated with the mine in a way that’s anything but ordinary.

The people of New Basin start experiencing strange phenomena—sleepwalking, night terrors, voices that only they can hear. And no matter how many vans of ghost hunters roll through, nobody can get to the bottom of what’s really going on. Which is why the girls decide to enter the mine themselves.”

It feels like almost a modern blend of THE CRAFT meets SABRINA, and I, for one, am excited.

Excerpt: I was opening my mouth to retort when the door slammed downstairs. Piper lifted the needle from the record. The silence only lasted for a moment and then there was a thump-thumpthumpthumpthump, far too fast, far too loud, for someone to be climbing the stairs on two legs. A vision of Carlisle skittering up the stairs on all fours shuddered across my mind. Piper rolled across the floor to her bedside table, was reaching for the lamp’s cord, and then the door to the room banged open.

Piper froze, her hand outstretched, and settled back onto the floor slowly. “Hey, Dad.” She tried to sound soothing. “It’s late.”

Carlisle was caked with dirt, shedding it onto the carpet with each breath. I got a whiff of something dark and ancient, musty stone and things choked with dying vines.

He smiled. “Piper, my girl. My little girl.” He held out his arms to her.

You can find Alison at: https://www.aameswrites.com/, Twitter @2furiosa. Excerpt courtesy of Tor.com. 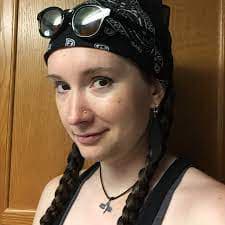 Elly Bangs is a queer trans woman who was raised in a new-age cult, had six wisdom teeth, and once rode her bicycle alone from Seattle to the Panama Canal. Her short fiction has appeared in Clarkesworld Magazine, Beneath Ceaseless Skies, Escape Pod, Fireside Quarterly, and elsewhere. Her debut apocalyptic cyberpunk novel, Unity, is out now from Tachyon Publications. She’s an SFWA member and a 2017 graduate of Clarion West. 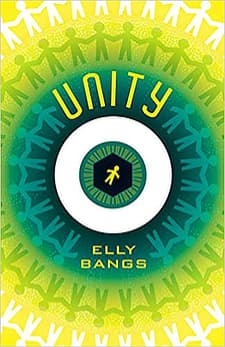 “Unity is an astonishing debut, twisty and startling, demonstrating both the disciplined development of a long-gestated project and the raw, dynamic flashes of an author’s early work. It shows intense interest in the distance between conversation and communion … an absorbing, thrilling ride.” ― New York Times

This is the first thing I remember when I begin to cohere in unity: a woman standing at a railing, peering down into the vats at the final bottom of Bloom City—and a man cramped in an air transport lavatory, watching his reflection in the scuffed plastic mirror point a wave pistol at his own head.

Across ten thousand kilometers of distance I remember both these scenes, simultaneous with each other: how the beat of the compressors throbbed in her bones; how the power cell hummed and exhaled ozone when he primed the weapon to fire; how every nerve in her last remaining body drew taut as she braced herself to fall; how his reflection gazed back so stoically as to seem already dead, but his pulse was only quickening as he lay his finger on the trigger. 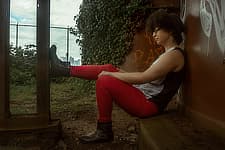 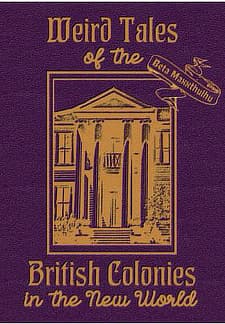 TK Johnson is a speculative fiction author, editor, TTRPG narrative designer, and your favorite eldritch Auntie. Their work has been featured in numerous anthologies including Samhain, Weird Tales of the British Colonies of the New World, and Book of Seasons: Solstices, Eat The Rich, and Warlock #15: Boss Monsters. TK wrote an essay on their childhood and adolescence during the resurgence of the Satanic Panic for the inaugural episode of Lysa Penrose‘s “Behold Her” Podcast, a podcast dedicated to telling the stories of women, femme, and non-binary creatives in the world of Tabletop RPGs. You can listen to that story here:  https://www.spreaker.com/user/dontsplitthepodcastnetwork/bhp-episode-1