We’re heading for the dog days of summer! Time to relax with a good book. Here are our suggestions for this month: 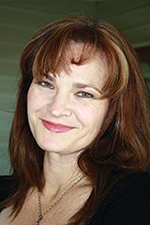 Angela Slatter is the author of the urban fantasy novels Vigil (2016) and Corpselight (2017), as well as eight short story collections, including The Girl with No Hands and Other Tales, Sourdough and Other Stories, The Bitterwood Bible and Other Recountings, and A Feast of Sorrows: Stories. She has won a World Fantasy Award, a British Fantasy Award, a Ditmar, and six Aurealis Awards. 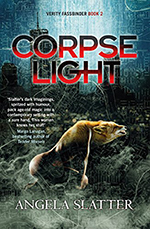 Corpselight by Angela Slatter. Life in Brisbane is never simple for those who walk between the worlds. Verity’s all about protecting her city, but right now that’s mostly running surveillance and handling the less exciting cases for the Weyrd Council—after all, it’s hard to chase the bad guys through the streets of Brisbane when you’re really, really pregnant. An insurance investigation sounds pretty harmless, even if it is for “Unusual Happenstance.” That’s not usually a clause Normals use—it covers all-purpose hauntings, angry genii loci, ectoplasmic home invasion, demonic possession, that sort of thing—but Susan Beckett’s claimed three times in three months. Her house keeps getting inundated with mud, but she’s still insisting she doesn’t need or want help … until the dry-land drownings begin.

V’s first lead takes her to Chinatown, where she is confronted by Kitsune assassins. But when she suddenly goes into labour, it’s clear the fox spirits are not going to be helpful. Corpselight is the sequel to Vigil and the second book in the Verity Fassbinder series by award-winning author Angela Slatter.

She can be found at http://www.angelaslatter.com/. 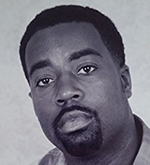 Jeff Carroll is pioneering what he calls Hip Hop horror, dci/fi, and gantasy. His stories always have lots of action and a social edge. He has written and produced two films and has written over five science fiction and nonfiction books. His short stories have appeared in The Black Science Fiction Society’s anthology and their magazine as well as other anthologies. Jeff produces The Monster Panel, a traveling sci-fi panel which features writers of color in a lively discussion of comic books, movies, and Black people. 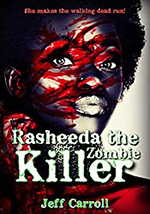 One of his latest works is Rasheeda the Zombie Killer, and involves a crazed rap artist who produces a song, “Death Jam,” that turns listeners into zombies. Rasheeda, a young student revolutionary, and other survivors are the only thing that can save the world and avenge their friend’s death.

Other books by Carroll include Welcome to Boss Lady’s Planet: The Planetronix Series; Thug Angel: Rebirth of a Gargoyle; The Harlem Shake.

See his books on Amazon and you can contact him through E-mail: coachyojeff@gmail.com. 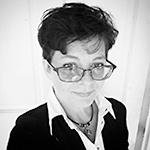 A former news journalist, Angela Yuriko Smith retired from that world to focus full time on her own writing. Her prose and poetry have been published in several print and online publications, including the Horror Writers Association’s Poetry Showcase, vols. 1-3; Christmas Lites, vols. 1-6; and the Where the Stars Rise: Asian Science Fiction and Fantasy anthology. 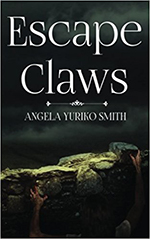 She also has nearly 20 books which include dark and speculative fiction for YA and adults, books for children and two collections of poetry. Her first collection of poetry, In Favor of Pain, has been nominated for a 2017 Elgin Award. When not writing, she teaches creative writing at Northwest Florida State College.

Smith’s latest poetry collection, Escape Claws, is a true account of the author’s experiences growing up in haunted houses. Written in narrative and poetry, Escape Claws includes illustrations based on the actual houses lived in by the author. Every word is true as remembered. Out of darkness and terror, Escape Claws is proof that there is light in the blackest of nights if only we will look skyward.

Find her online at AngelaYSmith.com.

Yoon Ha Lee‘s fiction has appeared in publications such as F&SF, Tor.com, and Clarkesworld Magazine, as well as several year’s best anthologies. 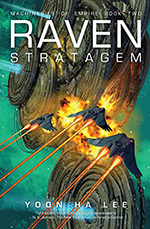 Recommended reading: Raven Stratagem. War. Heresy. Madness. Shuos Jedao is unleashed. The long-dead general, preserved with exotic technologies as a weapon, has possessed the body of gifted young captain Kel Cheris. Now, General Kel Khiruev’s fleet, racing to the Severed March to stop a fresh enemy incursion, has fallen under Jedao’s sway. Only Khiruev’s aide, Lieutenant Colonel Kel Brezan, is able to shake off the influence of the brilliant but psychotic Jedao.

For more information, go to http://www.yoonhalee.com/. 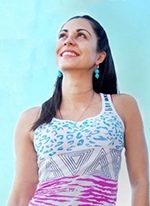 Liliana Colanzi is a Bolivian author considered by critics to be one of the most promising voices in Latin America today. She is the author of the story collections Permanent Vacation (2010) and Our Dead World (2015). In 2015, she won the Aura Estrada Prize, awarded to female Spanish-language writers under thirty-five currently living in the United States or Mexico. 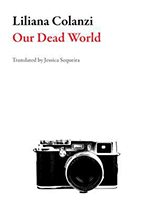 Our Dead World: A young woman suffers a mental breakdown because of her repressive and religious mother. A group of children is fascinated by the sudden death of a friend. A drug-trafficking couple visits Paris at the same time as a psychopathic cannibal. A mysterious wave travels through a university campus, driving students to suicide. A photographer witnesses a family’s surface composure shatter during a portrait session. A worker on Mars sees ghostly animals in the desert and longs for an impossible return to Earth. A plastic surgeon botches an operation and hides on a sugar cane plantation where indigenous slavery is practiced. Horror and the fantastic mark the unstable realism of Our Dead World, in which altered states of consciousness, marginalized peoples, animal bodies, and tensions between tradition and modernity are recurring themes. Liliana Colanzi‘s stories explore those moments when the civilized voice of the ego gives way to the buzzing of the subconscious, and repressed indigenous history destabilizes the colonial legacy still present in contemporary Latin America.