by David E. Cowen, Author of The Madness of Empty Rooms and The Seven Yards of Sorrow. Follow David at www.decowen.com. 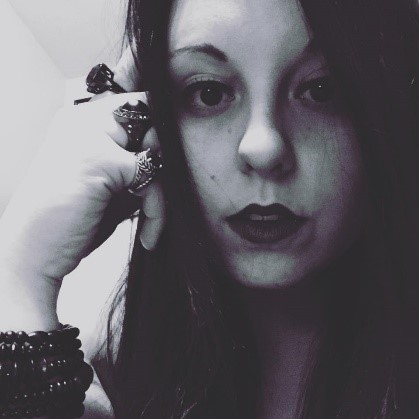 On April 1, 2018, coinciding with National Poetry Month, the HWA will open a call for submissions for its fifth volume of the HWA Poetry Showcase. The first editor and brain child of this amazing series was HWA Active member and poet Peter Salomon. He edited the first two volumes which originally were produced only digitally. Peter established the precedent for having the poems judged and selecting a set number of poems as the best of the volume. Peter convinced me to take up his cause for Volumes III and IV. The both of us prodded Lisa Morton, who took up Rocky Wood’s support for dark poetry, to have the volumes produced both digitally and in print. Peter and I then begged and cajoled to have the first two volumes also made available in hard copy. For Volume IV I instituted a “blind jury” system to help strengthen the judging process.

The experience for me was fun, enlightening and educational and certainly hard work. But now it’s time to pass on the poetical torch. This series will only thrive with diversity and fresh ideas and approaches. After discussion with Peter and Lisa Morton we invited Bram Stoker winner and multiple Stoker nominee (fiction and poetry) Stephanie M. Wytovich to become the editor of Volume V of the Poetry Showcase. Stephanie was a judge for Volume III of the Showcase. She graciously accepted and agreed to talk about the upcoming Showcase:

David Cowen: First, congratulations to you on an amazing twelve months. In 2017 you won your first Bram Stoker for Brothel (Raw Dog Screaming Press 2016) as well as being nominated for your first novel The Eighth (Dark Regions Press 2016). Then you got married. Now the HWA has announced you will be a Guest of Honor at the 2019 Stokercon in Grand Rapids, Michigan? And your latest volume of poetry, Sheet Music to My Acoustic Nightmare (Raw Dog Screaming Press 2017), was also nominated for a Stoker award. And now you’ve been named as the newest editor of the HWA Poetry Showcase. I also expect somewhere in all of that you were performing superhuman feats and saving cats stuck in trees. An amazing year. Not to invite a Sally Field “You really like me” but these accolades have to bring you great satisfaction that you are being recognized for your craft and contributions to dark poetry.

Stephanie M. Wytovich: Thank you, David, for all your kind words. It’s been a truly amazing year and I feel very blessed, to say the least, but no superhuman feats on this end, sir. That is unless you count me chasing my dog around while he steals my notes and books and demands cuddles during writing time.

Poetry has always been such a huge part of my life, and it feels wonderful to be working in the form from so many different angles these days, whether that be creatively, editorially, or educationally. I’m very much looking forward to editing the showcase and reading poems from both new and seasoned poets.

David Cowen: You’ve been an editor for Raw Dog Screaming Press for several years. You were a judge for Volume III of the Poetry Showcase. You also placed poems in past volumes. What unique twist do you believe you’ll bring to this year’s volume of the Showcase?

Stephanie M. Wytovich: I like poetry that pushes boundaries, so I’ll be encouraging poets to peel the flesh back a bit, if you will. I’m a big fan of body horror, but I also like unconventional psychological horror, so for me, I’ll be looking for work that challenges me and makes me uncomfortable both in a visceral and in an intellectual way. You know me, I’m always looking for madness.

David Cowen: I understand you’ve chosen two judges for this year’s volume. Who are they and why did you chose them as judges?

Stephanie M. Wytovich: Yes! I’ve chosen two writers who I greatly admire and have known for many years: Michael A. Arnzen and Mercedes M. Yardley.

Mike and I go way back as he was my undergraduate advisor at Seton Hill when I was majoring in English Literature and Art History. Mike not only got me interested in horror poetry, but he also mentored me as well, and since then, we’ve only strengthened that bond through reading together, writing together, and drinking way too much coffee together for it to be considered a healthy habit. His work is as beautifully grotesque as it is humorous, and if I can grow up to be half the mentor that he was/is to me, I’ll consider myself successful. He was an easy choice to have by my side for this.

Mercedes and I first officially met at a kaffeeklatsch in New Orleans, and we danced and hugged each other like little girls at a tea party. Since then, we’ve grown to be fans and advocates of each other’s works, and beyond that, close friends. What I love about her work, beyond the poetic feel of her fiction, is how hauntingly gorgeous her stories are. When I read her work, I feel as if I’ve fallen into a horrifying fairytale, one of which, I’ll never recover from. When it comes to darkness and whimsy, there’s no one else that I’d rather have on my team than Miss Murder.

Stephanie M. Wytovich: My writing advice is always pretty consistent no matter who I’m giving it to, and it’s to write the story/poem that you want to write and to be vulnerable while doing it. At lot of times, people shy away from poetry because they have to remove the sheet in order to see the body, but that openness, that honestly, is what makes a good horror poem bleed. So don’t be afraid to get your hands bloody. Experiment and let your nightmares run wild.

I’m hoping to see work that is bold and that isn’t afraid to stand on its own character. What I mean by that is work that moves beyond the cliché settings and tropes of the Gothic, and the excessive splatterpunk gore and unnecessary violence for the sake of being extreme. I want originality and I want to be scared.

David Cowen: Every year I was editor I received concerned emails from poets who like to write “traditional” poetry, typically metered and rhymed. For the more traditional poets what would you recommend for them in submitting works to this year’s Showcase?

Stephanie M. Wytovich: While I’ll admit that traditional poetry isn’t necessarily my preference, I have nothing against it, and when done well, I find it quite beautiful and impressive. I want poets to write poetry how they want to write it, and while I always encourage trying something new with your writing, I wouldn’t want to constrain their artistic expression by any means.

David Cowen: After such an amazing year I would expect most anyone to rest or take some time off. But I suspect you will not be doing that. What projects do you have in the works you can share with us?

Stephanie M. Wytovich: Ha! You know well, David. I’m currently working on finishing up an apocalyptic science fiction poetry collection titled The Apocalyptic Mannequin, and I also have a stack of short stories that I need to finish, mostly so that I can finish my first short story collection, Inside the Skin Bouquet. Aside from that though, I’ve been doing a lot of research and reading for a non-fiction project that’s slowly forming as well, so yes, as usual, I’m spinning way too many plates at once, but between you and me, I wouldn’t have it any other way.

Would you please share a few poems with us?

In This Prison of Cumulus
A selection from The Apocalypic Mannequin

Take me to the sky room,
drop me in the incarceration mists,
leave me there to float, my thoughts suspended in air
while electric shock lightnings into my brain,
a gyrating hypnosis, such hysteric raw movement,
just make me forget,
reprogram the trauma to static

Yes, lock me in the downpour,
in the tsunami chamber of snow
force me to bear witness, to undress my triggers
while clashes of thunder deafen the memories of screams
an explosion of sound, a freeze frame of abuse
black it out and paint it over,
wash out my blood with cumulus clouds

My bathtub is filled with blood
And I’m not sure how that’s possible because I don’t have a drain
But the red is bubbling, brooding, beckoning,
And my clothes are falling off, collecting in small piles as I move
From my bedroom to the hallway

And I can’t remember a time when my life
Wasn’t red, wasn’t ripped open and dripping messages,
Screaming at me to stich it back together again

Because Dad told me it would get easier
When he found me at 19 on our porch covered in bruises
in piss, soaked in fear with my nails in my calves,
But my bathtub is still filled with blood
And I’m still soaking in it

Unable to turn away from the severed hallucinations,
the faulty suicide trips, the gunshot that is my first memory,
always reminding me that loss is what permanently stains me red.

Ripped like my favorite pair of black stockings,
I crumble, a severing in these Dublin nights.
There’s a blank line on my gravestone
that calls for signature, for commitment
yet I cry with the gulls that fly above these sepulchers,
my left hand naked after swallowing
the engagement ring you bought for me
seven months ago.

And everywhere there’s a silence,
a harkened scowl etched in the wind;
I stumble over open plots and dead bouquets
hear your whisper on my neck
while thoughts of you slip between
the earth blanket I’ve wrapped myself in
six feet deep, buried down dark and alone.

So hear me, sweet willow that dances before my
weary eyes. Protect me while I choke and sleep,
keep my prayers close, and my cries screaming;
I want this city to hear me weep long after I’ve
said my goodbyes.

I swallowed when I
wrapped myself in dirt.

Bio: Stephanie M. Wytovich is an American poet, novelist, and essayist. Her work has been showcased in numerous anthologies such as Gutted: Beautiful Horror Stories, Shadows Over Main Street: An Anthology of Small-Town Lovecraftian Terror, Year’s Best Hardcore Horror: Volume 2, The Best Horror of the Year: Volume 8, as well as many others.

Wytovich is the Poetry Editor for Raw Dog Screaming Press, an adjunct at Western Connecticut State University and Point Park University, and a mentor with Crystal Lake Publishing. She is a member of the Science Fiction Poetry Association, an active member of the Horror Writers Association, and a graduate of Seton Hill University’s MFA program for Writing Popular Fiction. Her Bram Stoker Award-winning poetry collection, Brothel, earned a home with Raw Dog Screaming Press alongside Hysteria: A Collection of Madness, Mourning Jewelry, An Exorcism of Angels, and Sheet Music to My Acoustic Nightmare. Her debut novel, The Eighth, is published with Dark Regions Press.