Halloween Haunts: We’re Still Playing, Forever and Ever in 2015 by Sarah Read

No one celebrates Halloween better than the Halloween People, and while every Halloween has been special in some way or another, the most memorable one, for me, was in 2015. 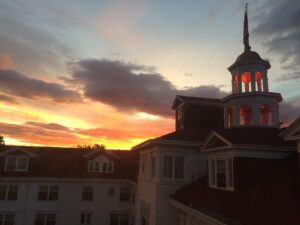 If you love horror, and if you’re reading this, I assume you do, you know that there are few better places to spend the best holiday of the year than at The Stanley Hotel in Estes Park, CO. An old hotel renowned for its haunting and inspiration for Stephen King’s The Shining is the perfect place to celebrate. 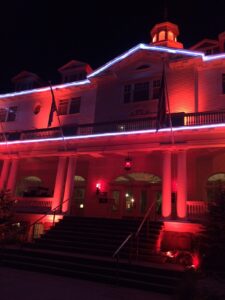 When you arrive at the Stanley in the fall, there is a thick layer of snow on the mountain caps surrounding the canyon and all the aspen leaves are like gold coins shaking in the wind that rushes through the pines. The Big Thompson River that runs through the canyon will have started to freeze at the edges, building ice sculptures out of rapids. The elk will be everywhere, trumpeting, threatening careless tourists. Half the shops will have closed for the season as the whole town settles in for a cozy winter.

The Stanley overlooks (pun intended) the whole town, and as you climb the hill toward its white facade, you can’t help but feel its presence. Walking past the hedge maze, climbing the steps, and opening the front door feels like entering another world. The effect never goes away, no matter how many times you visit. In the lobby there are twin fireplaces surrounded by overstuffed leather chairs, and the dramatic staircase that curls away to the upper levels. In the bar, there is a hammered copper ceiling, and if you’re lucky and it’s 2015, there is Dallas Mayr. 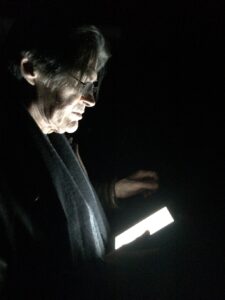 He might be in the bar with his whiskey, or in the hedge maze with a coffee and a cigarette, where he’ll tell you to never stop writing and never start smoking.

If it is the very best October night there ever was, and it’s 2015, he’ll be in the dark, in the service tunnels that thread below the building, cutting through raw mountainside and pulling all the heat from your bones. In 2015, Dallas is there, and he’s reading a story. There is only the light from his Kindle, casting his face in cold shadows. The only sounds are his voice, reading The Rifle, and the quiet breathing of writers trying to be as still as possible because the dark is making everything so much louder. And the quiet voices everyone hears when they’re down there. 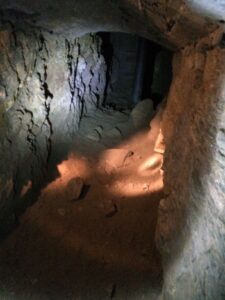 No one who went into the tunnel in 2015 ever came out again. A dozen writers went in and a dozen came out, but not the same ones. Identical on the outside, but otherwise completely different. Those writers are still in there whispering stories, and it’s still 2015, and that inexplicable breeze in the tunnel smells a little like smoke, a little like coffee, a little like whiskey.

Happy Halloween, my Halloween People. Make it special, and so memorable that time stops to savor it.

Sarah Read’s stories can be found in various places, including Ellen Datlow’s Best Horror of the 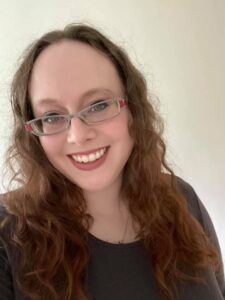 Year vols 10 and 12. Her collection OUT OF WATER is available from Trepidatio Publishing, as is her debut novel THE BONE WEAVER’S ORCHARD, both nominated for the Bram Stoker, This is Horror, and Ladies of Horror Fiction Awards. ORCHARD won the Stoker and the This Is Horror Award, and is available in Spanish as EL JARDIN DEL TALLADOR DE HUESOS, published by Dilatando Mentes, where it was nominated for the Guillermo de Baskerville Award. You can find her @inkwellmonster or at www.inkwellmonster.wordpress.com. 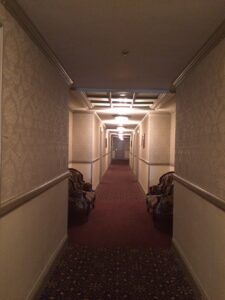 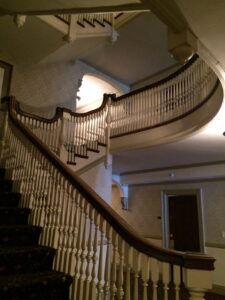