A Point of Pride: Interview with Jacqueline Dyer

Jacqueline Dyre (they/them) is the editor and publisher of Novel Noctule, as well as a 2020 HWA Diversity Grant recipient. You can find them in the sunshine state, drinking poorly made coffee and consuming psychological horror in lieu of meals.

When I founded Novel Noctule, I was recovering from acute myeloid leukemia and an allogeneic stem cell transplant. In my estimation, second chances are much better motivators than first chances: If you’re on your second chance, chances are that you’ve almost lost something, and you’re now being forced to consider the possibility that you might not get another go at it.

That knowing is my inspiration to dive into things—usually with no particular outcome in mind—and put my nose to the grindstone anyway. I never thought I’d be a Diversity Grant recipient of the HWA, appearing on panels at Stokercon, and responding to interview questions three years post-diagnosis. I’m just glad to be here, really! So, thanks.

Horror holds a mirror up to the world, and it reflects its most visceral and interesting parts. The genre exists as a singular and, in my opinion, underutilized vehicle for sociopolitical and existential reflection. Our fears are simultaneously social and primal—woven so deeply into the fabrics of how we interact with ourselves, each other, and the wider world.

I wanted to be able to highlight horror writing that says something about who we are as humans: what we value, what we’ve learned, what we still have to learn, where we’ve been, where we are now. Maybe even where we’re going.

Definitely. All literary platforms should make an effort to do so regardless of genre, along with material sourced from writers at the intersections of marginalized groups more broadly. The publishing world would be all the better for it.

The fundamental thing I’d like to portray is that LGBTQ people and characters can just be. That is, they can just exist, whether they’re doing so in horror, science fiction, fantasy, romance, or whatever else genre floats a given writer’s boat.

As a member of the LGBTQ community—and a generally open-minded person—it’s always been strange to me that some people are uncomfortable with diverse characters existing or feel that those characters exist because of an agenda. Consequently, I’ve always wondered: Why do those people think they’re so special? Who told them they’re the only ones who can exist without an agenda attached?

But if the agenda does in fact exist, it’s probably just equity, and that’s an agenda that I’m okay with pushing.

There are some facets of publishing that irk me to no end—getting sassy (read: rude) replies to rejection notices for instance. And then there are some facets that expand my consciousness and leave me feeling hopeful for the future. On more than one occasion, I’ve been moved to tears by authors’ abilities to encapsulate the depths of human experiences in under 10,000 words.

The genre has made great strides in some areas! For instance, horror noire is being reclaimed by the Black community—and to powerful effect (I recommend Horror Noire directed by Xavier Burgin). But there’s always room for growth and improvement.

My strongest critique: Mainstream horror pumps out the same stories over and over again from the same franchises and authors with few exceptions, usually featuring white, heterosexual, neurotypical, able-bodied men. Meanwhile, many indie horror writers and presses are pumping out original, creative, diversely sourced works that make you think (and also scare the crap out of you).

I can’t say that I know how the genre will evolve, but I can say that I’d love to see more bestsellers from the sociopolitical margins, more screen adaptations of indie fiction pieces, and more intellectual horror being elevated in the American mainstream. There’s a gold rush of material just floating around in indie spaces, waiting to be discovered. I’ve published authors whose stories could easily be adapted to create awesome movies, short films, or television shows (and one or two whose pieces already have been).

The word ‘minimally’ comes to mind. And so, I hope that LGBTQ representation in the horror genre increases to the point where this question is no longer necessary.

That may be a long way off, but optimism prevails. There are a lot of talented LGBTQ horror writers out there who deserve to be elevated.

Mads Mikkelsen as Hannibal Lecter. The LGBTQ subtext in the series was not at all subtle, and I loved it. The series itself was wonderfully dark and strange. Mikkelsen brought the character to life in a way that I really enjoyed.

Two talented indie authors who write on LGBTQ themes and have been published in Novel Noctule: Eric Raglin and Ness Cernac.

Raglin’s “Smaller” was received with acclaim by readers and currently lives in Issue #12. Cernac’s “The Mountain Under Vickwood” lives in Issue #6, and according to their site, they’re currently querying a novel based on the story. I would recommend giving both pieces a read!

Rejection is an opportunity. I get that this may seem easy to say from the editorial side, but as an occasional writer and rejectee myself, I really do believe it. A rejection letter from a press, publisher, or agent is an opportunity to look at your process, your work, and your expectations in order to ask questions: What went wrong here? Am I submitting to the right market? Did I do my homework before sending this in? Did I follow their guidelines? Where can this be improved? How can I use this experience to increase my chances of success next time? Failure to achieve a certain goal doesn’t say anything about who we are: It often says something about what we’re doing.

But sometimes, it also pays to just stand by your work as is! Find a balance somewhere between the two that works best for you.

The sad (and potentially brilliant) truth is that you, like other marginalized folk in this world, may already be a master of rejection. That means that you’re two steps ahead of many starting out in this field in terms of resilience, grit, and perseverance. Celebrate your literary successes, but also celebrate your literary rejections. They’ll teach you more. 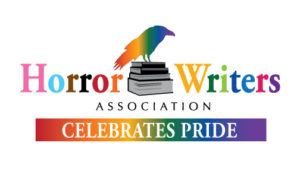