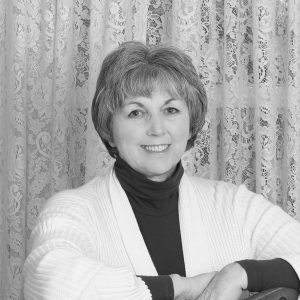 February is Women in Horror Month! The HWA is celebrating by posting interviews with award-winning authors. Following is an interview with P.D. Cacek, who won the Bram Stoker Award in 1996 for her short fiction, “Metalica.”

PDC: I won a Bram Stoker in 1996 for my short story, Metalica: a “touching” story about a woman and her speculum. Yes, you read correctly: speculum. Now, in case you’re not sure what a speculum is, let me explain that it is a medical tool designed to investigate body orifices, most commonly gynecological orifices. I have often described it as a cross between salad tongs and the Jaws of Life. Talk about horror, right?

So, if you ask about inspiration, I guess you can say that I had personal knowledge of the subject matter—but certainly not as well as my character had. And that’s where the horror came in. I took a common, if not pleasant experience may be, and twisted it out of all proportions.

Pun intended, if you read the story.

For me, that’s the secret of horror: take reality and give it a twist.

That’s what I did with Metalica and it apparently worked better than I expected. I was asked by Jeff Gelb (one of the editors for FEAR THE FEVER—The Hot Blood Series, where the story was published) if I could use my gender specific real name.

It seemed that the one of the editors for Pocket Books (a woman editor, I might add) was worried that the story might offend women readers if they thought a man wrote it. I’ve always thought that it was the story that mattered, not really the writer, so I agreed and you’ll notice that that byline reads Patricia D. Cacek.

My dear friend and mentor, Edward Bryant (who just passed) told me I should never have given in, but it seemed like a small concession to me at the time and still does. As I said before, it’s the story that matters.

We were sitting at the same table and when my name was called I think he hooted. I’m not exactly sure what I did, except that I somehow managed to walk up to the podium, was handed the beautiful Bram Stoker award (which sits under a glass dome on my desk), thanked various people and made it back to the table without falling down.

Once there (and this is where you can talk to Craig), I kept opening the tiny door every few minutes to check the name inscribed on the brass plaque. Yep, it was mine…but every time I checked I’d hear Craig chuckle.

“Do you think they made a mistake?” I asked him, probably more than once, but he just smiled and shook his head.

It really was a surprise.

As to whether it helped my career… I did receive a few more requests for stories following the award and having a Stoker certainly might have helped get a cover letter read more closely, but awards really aren’t the stepping stones people think they are.

And sometimes they can turn into stumbling blocks.

Yes, it is wonderful to win and be recognized by my peers, but there came a point afterward when I’d sit down to write hear a nasty little voice in my head asking: “Will this story be as good? Can I do it again or did I just get lucky?”

I am happy to report the writer did and is still at it.

PDC: I think every horror writer is facing more difficulties right now. Once again “Horror” has fallen out of favor with the Wonderful Wacky World of Publishing.

When I first started publishing, there did seem to be a certain attitude held by a majority of (male) editors and publishers that women wouldn’t write convincing horror, or if they did, it was generally ghost stories. Like that book Shirley Jackson wrote. I’m not sure how that idea got started, but it was the same that a decade or so earlier claimed that women couldn’t write science fiction. And that was the thinking that brought us Andre Norton.

After trying to publish under my own name (Patricia D) I accepted the advice of a friend and simply used my initials. It was a relatively flimsy camouflage and there are still editors, publisher and reviewers who will tell you that “If you use initials we know you’re a woman writer.” Tell that to S. P. Somtow.

The first story I wrote for The Hot Blood Series was Devil with a Blue Dress (Seeds of Fear). This was a few years before I wrote Metalica, when cell phones had yet to become our constant companions and most of us had JUNO email addresses. A got a call on my land line from Jeff Gelb, who introduced himself as one of the Hot Blood editors— WOO!—and asks if he could speak to “P.D. Cacek, please.” When I answered “speaking” there was a pause.

A long pause, after which he said, rather weakly, “But you’re a woman.”

He was surprise because the story I wrote was about a Vietnam vet and the horrifying consequences that followed and equally horrifying event. Neither the consequences nor the event itself bothered Jeff, what threw him was how that I wrote it because, as he told me (still rather shaken) “You write like a man.”

Now, back to the question as to whether I think women horror writers have it more difficult than their male counterparts: I don’t think so. While I’m sure there are still a few “old boys clubs” out there, the gender lines have in recent years begun to fade into oblivion. As I’ve said before, it’s the story that should count, not the author. Demanding that an anthology or periodical must have an equal number of male and female authors is unreasonable and, I’m sorry to say, will get your name recognized.

And not in a good way.

PDC: Write. And read. And write some more. And don’t take rejections personally (unless, of course it is personal and then you can use the editor or publisher in one of your stories and kill them off horribly—I’ve done this many times and it’s very cathartic).

Believe in yourself and in your ability and know that with each and every new story or poem or novel you write, that you are getting better.

There is a third thing and maybe it’s the most important: Do not give up.

I always knew I was going to be a writer and began writing scary stories when I was 5. By 19 I started sending stories out to magazines. At 23 I got a BA in English/Creative Writing Option (really)…then got married, had two sons and, by 30, was still sending stories and had yet to make one sale. While sitting at my computer (a Leading Edge with TWO floppy drives) one day, watching the dot matrix printer scroll out the story I’d just finished I said, out loud, “If I don’t sell a story by the time I’m 40, I’m giving this up.”

I sold my first story when I was 39 ¾ … who save the Powers That Be don’t have a sense of humor.

PDC: I recently finished a novel called REMANTS, which is horror…but not what you’d call “typical” horror. There are no zombie, or monsters (human or otherwise) or any of the usual horror tropes.

Imagine that your loved one has died and just as you try to think of life without them, they wake up. It’s a miracle—except it’s not. The person you loved most in the world wakes up as someone else, a complete stranger who has a name and a life and doesn’t want anything to do with you.

The story is told through the eyes of four characters and, like I said, it’s not really horror…except that it is.

The winner of both a Bram Stoker and World Fantasy Award, P.D. Cacek has written six plays, published over a hundred short stories and five published novels. Her latest THE SELKIE, is currently available on Amzon.com as an e-book.

Her work has appeared in Cemetery Dance Magazine, 999, Joe Lansdale’s Lords of the Razor, Night Visions 12, Inferno, Women of the Night, Masques V, Shelf-Life, Full Moon City, Postsctipst 10 and the inaugural YA anthology of horror fiction from Scholastic Books, 666:The Sign of the Beast.

Cacek holds a Bachelor’s Degree in English/Creative Writing Option from the University of California at Long Beach and has been a guest lecturer at the Odyssey Writing Camp.

A native Westerner, Cacek now lives Phoenixville, PA…home of BLOBFEST, and only a short walk away from The Colonial Theater where the famous “Run Screaming From Theater” scene was filmed.

When not writing, she can often been found either with a group of costumed storytellers called THE PATIENT CREATURES (www.creatureseast.com), or haunting local cemeteries looking for inspiration.